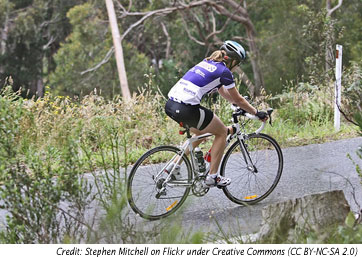 U.S. women take only one-quarter of the country’s bike trips and one reason for that, surveyed women say, is aversion to riding alongside motorists. Road danger is considered a big brake on women’s enthusiasm for cycling.

That’s one of the messages that female cyclists are amplifying ahead of the March 20 annual summit of the League of American Bicyclists in Washington, D.C., one of cycling’s leading advocacy organizations.

A few hours before the summit begins, the Association of Pedestrian and Bicycle Professionals is teaming up with the Alliance for Biking and Walking to present a national women’s cycling forum.

"Because the national bike summit is such a gathering point for folks interested in bike advocacy, we thought this would be a perfect venue to elevate the discussion," says Carolyn Szczepanski, communications coordinator at the Alliance for Biking and Walking, based in Washington, D.C. "We’ll be talking about next steps and best practices and how we move forward in creating an advocacy movement, infrastructure and policies that encourage more women to bike."

A six-member panel will discuss the issue, and organizers will be tweeting the event live and recording it for posting on the Women Cycling Project website.

"Ultimately," Szczepanski says, "we hope that this will be the launching pad to develop that site into a more comprehensive, dynamic resource for women."

When the Association of Pedestrian and Bicycle Professionals surveyed 13,000 women in 2010 it found that of 14 concerns listed, the top one, at 73 percent, was distracted driving by motorists, followed by eight other motor vehicle-related concerns.

Fear of having a bike stolen was in the middle at 33 percent. Fear of an attack by a stranger was near the bottom, at 13 percent.

When the women were asked what factors would cause them to increase their cycling, the top two answers were "more bike lanes" and "completely separated off-road cycling paths."

In many European countries, these amenities ­­– some would say necessities — are much more common, and so are female cyclists. In the United States women take just under a quarter of bike trips, according to 2009 data from the National Household Travel Survey, a program of the Federal Highway Administration, while in Europe women are more equal, reaching parity with men in Denmark and the Netherlands.

Kit Keller, executive director of the Association of Pedestrian and Bicycle Professionals, based in Cedarburg,Wisc., says if U.S. cyclists had more navigable routes women would benefit disproportionately.

"We provide a range of options to get to the same destination by car," says Keller. "You can take an expressway if you feel comfortable driving in fast traffic, but if you have a lot of stops to make along the way you might take an arterial, or if it’s a Sunday drive you might just go out on a country road. We really need to be doing that as well for cycling. This approach would encourage more women to cycle because it’s probably not rocket science that women tend to be more risk-averse than most men."

Since the bicycle was invented and adopted in the latter half of the 19th century, women’s rights leaders have been cheering it on.

In 1896 women’s suffrage leader Susan B. Anthony, said, "I think [the bicycle] has done more to emancipate women than anything else in the world. It gives a woman a feeling of freedom and self-reliance. The moment she takes her seat she knows she can’t get into harm unless she gets off her bicycle, and away she goes, the picture of free, untrammeled womanhood."

But many aspects of the cycling world remain male dominions.

Just ask Tania Castillo, a 19-year-old who works as a mechanic at the West Town Bikes, a shop in inner-city Chicago. "You have to put up with a lot of sexism," she says, referring to customers who come into the shop and ask her to call someone to help fix their bikes. "’I tell them, ‘I work here. Can I help you?’"

Castillo says she doesn’t blame these customers, who are just not used to seeing a female mechanic. She adds that her male co-workers are very supportive and readily share their knowledge with her.

Castillo was recently in New York for the "Recycle a Bicycle Youth Bike Summit," which drew hundreds of youth and adult participants from around the country to share ideas for getting more young people riding safely and leading others in their communities to do the same.

Among the presenters were half a dozen members of the Girls’ Bike Club in Chicago, which teaches girls basic bike repair and runs group rides.

Chicago is known as one of the best cycling cities in America, with many bike lanes striped on main streets, plus separated bike lanes in a few places, including along Lake Michigan.

The Girls’ Bike Club is one of many programs supported by West Town Bikes, a nonprofit youth advocacy.

Before becoming a staff member at West Town Bikes, Castillo was an intern with the organization. Through that connection, she helped organize the Girls Bike Club.

Shacora Hawkins, 15, went through an apprenticeship at the bike shop, volunteers there now and calls herself "a founding mother" of the girls’ bike club. "What I love to do for bike club is recruit," she says. "I have my own dance group, so everybody who’s a part of my dance group is a part of girls’ bike club. I try to make them come every Wednesday, right after school."

She says if her friends aren’t interested in cycling, she lures them in with the promise of earning community-involvement credit hours toward high school graduation, something many schools require.

Castillo says they’re recruiting for a girls-only workshop in bike mechanics and repair, so they can feel safe and not intimidated by a bunch of guys. "Let’s face it; when there’s one girl in a workshop full of guys, how would you feel? Intimidated."

Hawkins says the workshop will help boost girls’ confidence by knowing more about their bikes so they can make repairs on their own and feel knowledgeable going into a male-dominated bike shop. And both young women say cycling itself is a big self-esteem booster, even allaying fears of crime and concern for their physical safety.

Before she was a volunteer at West Town, "I would ride my bike but just in my neighborhood, like to the store and back," Hawkins says. "But when I started working at West Town and riding in groups, I got more confidence to ride anywhere I wanted."

Castillo says her mom didn’t want her to bike at night, but now she rides day or night, feeling safer biking than walking. "I can make a quick getaway," she joked.

The girls’ bike club has adopted a call-and-response for their group. "How do you ride your bike?" they shout. "Like a girl!" they answer.

Would you like to Send Along a Link of This Story?
https://womensenewsp.wpengine.com/story/athleticssports/120319/bike-lanes-could-bridge-cycling-gender-gap

Melinda Tuhus is an independent journalist based in New Haven, Conn.

One response to “Bike Lanes Could Bridge Cycling Gender Gap” 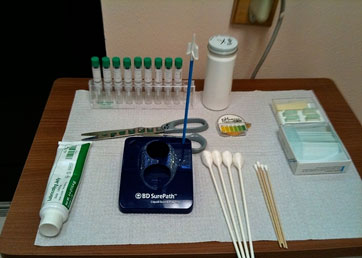 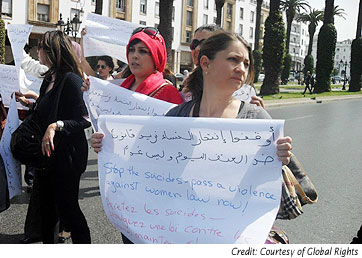