NEW YORK–"In Mexico, many girls do not have to play at being prostitutes. They are forced by organized crime into prostitution", says Silvia Calderon, with a firm voice.

The dogs barking and women whispering do not distract Silvia. The Mexican mother tells her story via cell phone from a street in Mexico City.

"The injustices are already part of everyday life in this country," she states with anger.

NEW YORK–"In Mexico, many girls do not have to play at being prostitutes. They are forced by organized crime into prostitution", says Silvia Calderon, with a firm voice.

The dogs barking and women whispering do not distract Silvia. The Mexican mother tells her story via cell phone from a street in Mexico City.

"The injustices are already part of everyday life in this country," she states with anger.

"My daughter was forced into prostitution. I saved her, but many mothers are still searching for their daughters", she stated.

Silvia’s daughter at age 13 was accosted by a gang of pimps in a Mexico City church. "The pimps became part of the parish and worked with the choir. Parents never thought that their children were at risk," she said. Without realizing what the man’s interested in her was, the girl gave one of the pimps her personal information.

"One of the men, aged 25, sent e-mails to my daughter. He told her that he would make her a model and marry her," Silvia said.

In May, the traffickers kidnapped the girl from her home.

"My daughter was taken to Puebla with other girls that were between 10 and 17 years old." The teenager told her mother that some girls were taken to Oaxaca and others to the United States. The daughter was prostituted for four months. Her services included being beaten and tortured.

Silvia reached out to Rosi Orozco, a crusading member of the Mexican congress and the federal police intervened and her daughter was rescued.

Forced prostitution is the new market of organized crime. The daughter’s body was sold up to 50 times a day making it more profitable than selling a few grams of drugs.

Teresa Ulloa, nominated for the Nobel Peace Prize in 2005 and currently the director of the Regional Coalition Against Trafficking in Women and Girls for Latin America and the Caribbean, stated in a telephone interview that organized crime is operating under the radar of the international authorities for immigration and security.

In Mexico, the gangs from Tenancingo, Tlaxcala, are responsible for recruiting young girls and women from the poorest sections of Puebla, Tlaxcala and Veracruz. Marriage is the most common method of seducing and forcing them into prostitution.

Ulloa said women are initiated into prostitution in Red Districts such as La Merced in Mexico City and then transported to the U.S. cities of New York, Atlanta, Miami and Los Angeles.

Organized crime used to bring the women into the U.S. through Arizona, but in the face of increased border security the Reynosa-Nuevo-Laredo, Tex., border is the new route.

"Nobody goes in or out without the protection of the Tamaulipas Cartel," said Ulloa.

The Immigration and Customs Enforcement agency of the Department of Homeland Security has yet to identify specific routes with the heaviest traffic of people who are or will be sexually exploited. ICE, as the agency is known, acknowledged that Mexican crime organizations have transformed themselves in size, scope and impact.

Ulloa said that at least in Queens, N. Y., in March 2011 some 400 victims of trafficking for sexual exploitation were identified to be under the control of the Tenancingo bands. The majority were from Puebla and Tlaxcala. She added that many immigrants from Central and South America are intercepted by Mexican organized crime and forced into prostitution.

Safe Horizon in New York, said that in 2011, the organization assisted 468 victims of trafficking and 50 percent were Latino and 24 percent of this group were Mexicans.

The United States, Department of State in its Trafficking in Persons Report 2011, ranked Mexico in Category 2 for failing to meet minimum standards to eliminate human trafficking.

The document also outlines that in 2010, the Mexican government identified 259 victims of trafficking, and 60 percent were young and teenage boys.

Although the trafficking of women and children from Mexico to the United States is a serious problem, during the September General Assembly of the United Nations, Mexican President Felipe Calderon in his speech on national security did not mention the issue of forced prostitution.

Congresswoman Orozco, president of the Special Committee to Combat Human Trafficking in Mexico, in a telephone interview stated that in 2010, 291 victims were rescued in Mexico and the United States. Of this group 97 percent were from Puebla and Tlaxcala.

Orozco mentioned a recent case in which a 21-year-old women suffered the mutilation of her tongue and breasts as punishment for trying to seek help.

"Forced prostitution is a horrific crime. We work to rescue women early on before they become the pimps’ accomplices," she said.

Orozco noted that in Mexico, there have been cases of women who as children were forced into prostitution. As adults, they stop being victims to become victimizers.

Extortion is a common practice for pimps

"We dealt with a case of a girl who was sold 70 times a day. She endured the abuse, because the pimps also had kidnapped her sister. If she did not work, her younger sister would also be forced into prostitution," said Orozco.

Orozco and Ulloa agreed that the use of women and children should be criminalized in both Mexico and the United States.

The trafficking of women and children for sexual exploitation happens in the streets of our neighborhoods in New York City. Restaurants and shops by day become clandestine brothels at night. In basements and apartments, women are forced into prostitution. In the Mexican community there is much talk about what happens, but no one complains to the proper authorities.

Fear of the police and deportation prevents the saving of women and children’s from being victims of sexual exploitation.

Immigrants tell stories such as: "I know a woman who prostituted for the coyote who brought her to New York. She must pay for the crossing and when in New York she must sell her body. However, the coyote charges her rent and food. Therefore, she can never pay her debt."

Men who pay for sex, justify it by claiming loneliness. They say, "Leaving your wife and children in Mexico is not easy. I work more than 8 hours a day. I have no time to seek company, so I’d rather pay for it."

Although loneliness is an evil that persists in the Mexican male community, machismo plays a major role in paid sex. All of these things occur because many men dehumanize women.

What does a man think when he pays for sex with a girl? Does he see her as a mother’s daughter who was kidnapped and forced into prostitution? A mother who is on a quest to find her daughter? What are the New York authorities doing to stop the trafficking of humans for sexual exploitation?

Forced prostitution is not just a concern of the mother whose daughter was kidnapped but as part of organized crime it should be everyone’s business. 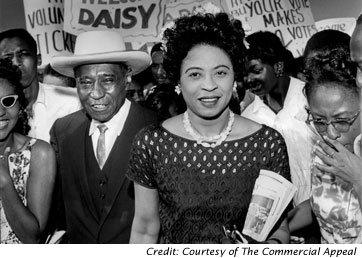 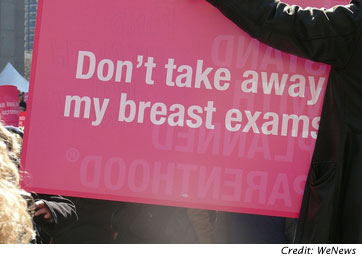