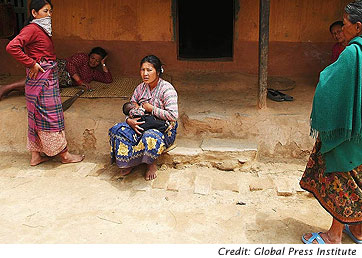 Among an indigenous group in Nepal’s western region, the human rights violation of kidnapping women and girls for marriage is still a matter of masculine pride. Stealing a bride is more honorable than eloping, one husband says.

MUSTANG, Nepal (WOMENSENEWS) — Mendok Gurung, 19, says a group of men kidnapped her six years ago from a family wedding. The abductors weren’t interested in a ransom. They stole her because a villager twice her age wanted to marry her.

Now she sits next to that villager and refers to him as the husband whom she didn’t have any choice in marrying.

"Because of our tradition, I stayed with him," she says.

Her husband, Norbu Gurung, 40, says that this tradition is still strong in the Nepali-Tibetan border areas of the country’s western region. He acknowledges that the tradition doesn’t respect women’s wishes or rights, but says it brings honor to the men.

"Even if men and women like each other, there’s this tradition of ‘stealing’ the girl and eloping," he says. "When you steal a girl, it is more reputed. But sometimes, when the girl isn’t ready, there could be a big fight between the two families."

Nepal has one of the highest early- and forced-marriage rates, according to a 2011 report by Plan, a global children’s charity headquartered in England. The average age of first marriage in Nepal is below 18.

Although the practice is illegal and can be punished by prison sentences, it proceeds unhindered in an indigenous community in Mustang, a district in Nepal’s western region.

Rajkumar Lekhi, chairman of the Nepal Federation of Indigenous Nationalities, an autonomous and nonpartisan umbrella organization, says the roughly 20 villages that make up the indigenous community in central Mustang have unique marriage customs.

"There isn’t an age limit for marriage in this community," he says. "It depends on the family environment and the situation then and there. They also marry within their same community, even with first cousins."

Lekhi says that kidnapping brides by force is another custom.

"Usually people from the men’s side come to take the woman away," he says. "Sometimes, though, the women’s family is against it. If the men’s party wins, they can take their daughter."

After a groom wins the bride’s agreement, the man and his relatives go to her house, saying, "Horch, horch," which means "forgiveness" in their local dialect, says Lalbahadir Pun, a senior researcher on this topic. They bring "chyaang," local rice wine, and "khada," a piece of cream-colored silk cloth used on special occasions, for the bride’s entire family. The groom also offers money to the bride as collateral so that she can start a new life for herself if the marriage fails.

Custom also requires the groom to repay the bride’s parents for the breast milk she was fed as a baby by offering the mother a minimum amount of 8 Nepalese rupees (10 cents) and the father 1 Nepalese rupee (about a penny).

Tashi Syangbo, who represents this region in Nepal’s national parliament, says that this communal process is not always observed. She says brides are usually threatened and mentally traumatized as part of the agreement process. Men often trick parents into believing their daughters approve a groom by presenting a stand-in young woman with her face covered, who nods in assent.

Syangbo says the tradition has been declining, but that many men and village leaders still participate in it. She says she is actively working to spread awareness about the negative aspects of this tradition.

"So many people from around the globe come here to see our place," Syangbo says of the tourism-rich region. "But we have traditions like these. So we are requesting and telling people not to kidnap women who they like and marry against their will."

She says that she’s raised the matter in parliament, but so far to no avail. Syanbo has also been speaking against the practice throughout the area. Although many men she has spoken with promised not to steal women and marry them against their will, they refused to sign any documents confirming this pledge.

Phurba Tamang, 22, says stealing women is the only way for men who aren’t rich to get married.

Syangbo is unsympathetic. Forced marriage is a violation of human rights, she says.

Would you like to Send Along a Link of This Story?
https://womensenewsp.wpengine.com/story/marriagedivorce/120109/group-in-nepal-takes-pride-in-kidnapping-brides

Lochana Sharma reports for Global Press Institute’s Nepal News Desk. She aims to use journalism as a tool to promote human rights and social transformation.

One response to “Group in Nepal Takes Pride in Kidnapping Brides” 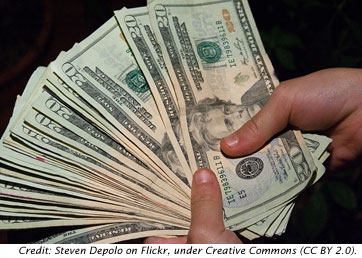 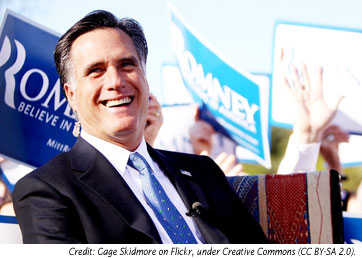