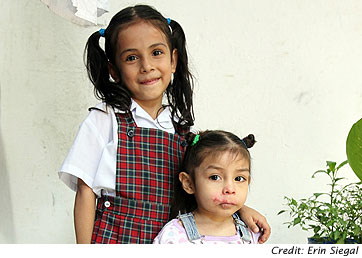 Two mothers, an American and Guatemalan, inadvertently get caught in an illegal international adoption scam. In this excerpt from her book, “Finding Fernanda,” Erin Siegal describes their frenzied search for the same child.

(WOMENSENEWS)–The morning of January 21, 2008, Betsy Emanuel awoke early in her Tennessee bedroom, heart fluttering. It was 5:00 a.m. and she’d tossed and turned all night. Leslie, her husband of 29 years, remained asleep. She crept into the bathroom, curled on the floor and broke down in silent, racking sobs.

Although her adopted daughter Emily Belle had been home from Guatemala for two months now, Emanuel just couldn’t stop wondering what had happened to 2-year-old Fernanda, the other little girl she had been trying to adopt. Fernanda seemed to have simply disappeared. She’d contacted the State Department, the Department of Children and Families and the U.S. embassy in Guatemala. No one had answers. Her husband had started worrying that the stress was taking a toll on Emanuel’s health.

Through the two-year adoption ordeal, Emanuel’s staunch faith had kept her going. She believed that Fernanda was watched over and that all answers would be revealed, in time. Still, she was growing tired of waiting.

The past year of prayer had yielded few answers, let alone concrete details about the child’s safety and well-being. She prayed from the bathroom floor, her body heaving with sobs. “Please God,” she pleaded. “Release me from this child. Take the love out of my heart.”

There seemed to be two answers: either she had to somehow stop caring about Fernanda, or she needed to understand exactly what had transpired. Neither option seemed likely.

The bedroom alarm clock went off and Emanuel eased to her feet, worried that her husband might catch her coiled pitifully on the floor. Leaning into the mirror, she splashed water against her puffy eyes. I can’t wait any longer, she thought, padding into the kitchen.

None of her children was awake yet and Emanuel silently fixed herself coffee. There didn’t seem to be many possibilities. If Fernanda somehow turned up in Guatemala, there was a good chance she’d be found living in an orphanage. If that were the case, another family might be in the process of adopting her, oblivious to her family’s own attempt.

Coffee in hand, she stepped down the small steps into her office, an old broom closet her husband had lovingly renovated into a makeshift office for her. Clicking through various adoption blogs, she tried to see who, if anyone, might have accepted an adoption referral for Fernanda. It was a process she had done many times. As always, nothing came up.

She clicked on, and began typing the names of people associated with Fernanda’s adoption into Google’s search engine. Marvin Bran, the Guatemalan adoption facilitator working for their adoption agency, Celebrate Children International (CCI). Sue Hedberg, the agency’s director. Alfonso Close, another one of CCI’s many Guatemalan attorneys. Mildred Alvarado, the birthmother who was supposed to have relinquished the child.

Guiding her browser to Guatadopt.com, a popular website used by adoptive parents to share news about Guatemalan adoption, Emanuel typed Fernanda’s name into yet another search field.

To her surprise, a news article popped up. It had been published two months before, in the November 25, 2007, edition of Prensa Libre, one of Guatemala’s oldest and most widely read newspapers.

Emanuel slowly skimmed the piece, trying to eke meaning from the jumble of Spanish words and phrases. Recognizing the name Mildred Alvarado, she froze. Could it be the same Alvarado? Re-reading the text, she picked out Fernanda’s name. It had to be the same child.

Feeling a hard pit begin to form in her stomach, Emanuel began to carefully copy and paste the article, sentence by sentence, into an online translator. Her fingers trembled. She gasped out loud as she began to read.

The article told the story of Alvarado, a young woman living on the outskirts of Guatemala City, and her search for her two daughters, Maria Fernanda and Ana Cristina. Fernanda had been kidnapped by a woman who had supposed to have been temporarily caring for her. Ana Cristina, an infant, had been forcibly cut from her womb after Alvarado had been drugged unconscious.

Alvarado had been clinging tightly to the flickering hope that her daughters would be found, unscathed, and somehow returned. She’d been seaching for almost a year and a half, ever since Fernanda was taken in the middle of August 2006.

Emanuel sat still, letting the information cascade through her body. She realized she’d been given an adoption referral for her Fernanda at the same time, the end of August 2006.

The coincidence was stunning.

For a moment, Emanuel struggled to catch her breath, turning the realization over in her mind. Fernanda had to be one and the same. She’d been adopting a stolen child.

With her heart in her throat, she reached for the phone.

Children have been stolen, sold and placed as orphans in corrupt international adoptions to well-intentioned Western parents since the industry began in the 1980s. Both the governments of Guatemala and the United States repeatedly proved unwilling and incapable of regulating the baby trade.

In this particular situation, Alvarado was ultimately reunited with her two kidnapped daughters against all odds. And Emanuel accidentally became a reformer dedicated to an ethical adoption system.

Would you like to Send Along a Link of This Story?
https://womensenewsp.wpengine.com/story/parenting/111216/illegal-cross-border-adoption-traps-two-mothers

Erin Siegal is a photographer, writer and Ethics and Justice in Journalism Fellow at the Schuster Institute for Investigative Journalism at Brandeis University. Her work has appeared in the New York Times, Time magazine, Rolling Stone and many other magazines and newspapers. 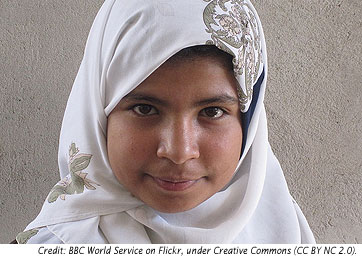 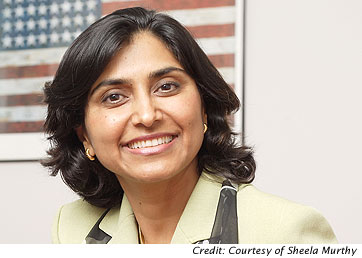