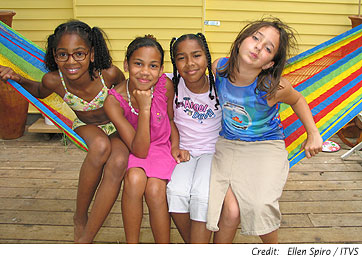 “Troop 1500,” rebroadcasting tonight on PBS’s Independent Lens, is about Girl Scouts who trek together to visit mothers behind bars. Director Ellen Spiro talks here about the reunion sequel she is making with the daughters, five years later.

(WOMENSENEWS)–"Troop 1500" focuses on a Girl Scout troop at the Gatesville Prison system in Texas that unites daughters with mothers who have been convicted of serious crimes.

Facing steep sentences from the courts and tough questions from their children, the mothers struggle to rebuild relationships with their daughters who endure a childhood without them.

"Troop 1500" initially broadcast on PBS’s Independent Lens in 2006 after a national screening tour with film festivals and troop gatherings by the Girl Scouts, which is celebrating its 100th anniversary this year. The film was screened in a number of prison support-group organizational gatherings and, I am proud to add, for prisoners, too.

Though I had stayed in touch with a few girls as a mentor and received news of screenings through the film’s distributor–Women Make Movies–I had not considered much in the way of a follow up.

However, at the beginning of this year I received some funding for a sequel that spurred me to reconnect with the girls featured in the documentary. I called the project "Mikaela’s Film" in honor of one of the daughters in Troop 1500, all of whom are former Girl Scouts who had made a trek together each month to see their mothers at the Hilltop Unit, Gatesville’s prison for women.

With the help of Facebook, Mikaela initiated the process of reuniting a good deal of the girls in Troop 1500, something I had struggled to do for months.

Sadly, almost all of their mothers have ended up back in prison as repeat offenders or are well on the way again.

The daughters, though, for the most part, have revealed to me resilience even greater than I could have imagined eight years ago.

The young women of Troop 1500 have all agreed to participate in the sequel, not only as subjects this time, but as apprentices in the making of the film and as participants telling their stories.

The participants (Mikaela, Jessica, Miken, Caitlin, Jakira, Zybra and Jasmine) range in age from 16 to 22. They show a marked passion to share stories with the next generation of daughters who confront parental incarceration.

That number is growing by the day. For the first time in this nation’s history, more than 1-in-100 American adults are behind bars and a disproportionate number are Hispanic and African American.

As I began re-connecting with the girls of Troop 1500, I found that in spite of their previous relationships with Girl Scout mentors, they were all facing uncertainty due to economic instability. With this film I hope to forge a new model of documentary filmmaking, where the filmmaker takes some responsibility for offering an opportunity to her subjects as both a kind of intervention and potential opportunity in a collapsed economy.

As the daughters arrived for the reunion this past October, Miken was the first to note how much had changed. She now has two children of her own; a son of 3 and an 18-month-old girl. "We just fell into each other’s arms, traded phone numbers, Facebook addresses and picked up conversations that had been started years ago," Miken told me.

Her influence as an older, wiser voice amidst the young troop members was palpable at the reunion. "I don’t want to be that statistic of what happens to a girl whose mom is in jail. I don’t want to be my mom. I’m in college, with young kids, and not doing drugs," she told the others.

Caitlin is the daughter of Kenya, who despite repeated tearful promises to her children ended up back in jail after less than a year on the outside. As Miken spoke, Caitlin nodded in agreement.

Having heard wild stories of the kind of trouble Caitlin was getting herself into years ago, I feared she might wind up in prison herself. At the reunion, she publicly admitted that she had partied hard with a bad group of dealers and was even raped on the streets. "But the moment I found out I was pregnant with my first child, I gave it all up."

Now, a single mother of two young children, Caitlin leans on her grandmother for babysitting help while she works full time as a manager at Sears.

There is earnestness to these young women and a wisdom beyond their years.

Jakira and Zybra barely knew their mother, Alberta, before the Girl Scout troop started visiting Hilltop each month. They lived with their grandmother, Louise, who struggled to maintain a household filled with Alberta’s six children. After years of neglect and disappointment, the sisters expressed little support of their mother at the reunion gathering. With a powerful and articulate voice, 18-year-old Jakira said she’d lost all faith in her mother and does not care that Alberta will be released in February 2012.

"All I care about is finishing my last year at high school and applying to college," she told the group.

This isn’t just a pipe dream; she went on to tell the group exactly what schools she is applying to and what her essays will cover. Jakira is in the top 10th percentile at LBJ High School in Austin, Texas, and a varsity basketball and track star. She blushed a little when teased about the new boyfriend who dropped her off at the reunion, Jalyne.

Would you like to Send Along a Link of This Story?
https://womensenewsp.wpengine.com/story/arts/111208/daughters-imprisoned-moms-regroup-sequel

Ellen Spiro is a filmmaker and associate professor of radio, TV and film at the University of Texas in Austin.

ITVS’s Women and Girls Lead is an innovative public media initiative designed to focus, educate and connect women, girls and their allies across the globe to address the challenges of the 21st century. Originally broadcast in 2006, "Troop 1500" will be rebroadcast on Dec. 8 at 10 p.m. (check local listings) on PBS’s award winning series Independent Lens in support of Women and Girls Lead. 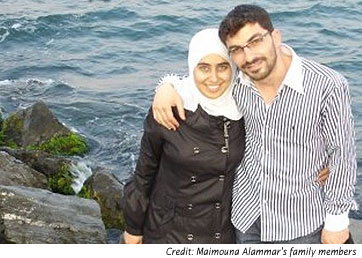 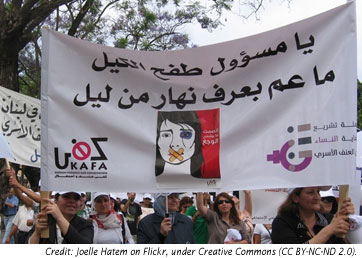 In Lebanon, Violence Between the Sheets Is Legal