Since the U.S. invasion of Iraq thousands of women and girls have been trafficked for sexual exploitation, finds a report published today by the London-based Social Change Through Education in the Middle East.

(WOMENSENEWS)– Since the U.S. invasion of Iraq in March 2003, as many as 5,000 women and girls have been trafficked for sexual exploitation, with most ending up in Syria, according to a preliminary report released today by the London-based Social Change Through Education in the Middle East.

Jordan is the second-ranking destination for trafficked girls and women, according to the Nov. 9 report.

These two bordering countries have maintained a relatively liberal policy of granting visas to refugees while also subjecting them to labor restrictions. That combination, the report finds, puts girls and women at high risk of seeking money through prostitution and also being prostituted by families and organized networks.

"Both the Iraqi government and the Kurdistan Regional Government have failed to address the problem of sex trafficking," the report finds, also noting that the Iraqi constitution prohibits the trafficking of women and children, as well as the sex trade and slavery.

Despite that, the study charges the Iraqi government with failing to identify and prosecute traffickers or to protect victims. Instead, the government "often punishes victims of trafficking for crimes committed as a direct result of being trafficked."

The study, "Karamatuna" or "Our Dignity" in Arabic, serves as the first stage of a project to measure the full extent of trafficking of Iraqi women and the way in which women are exploited. It analyzes existing literature and data collected by nongovernmental groups and international organizations. In the next stage, researchers will interview victims.

"What is stated within the pages of this report is just the tip of the iceberg," says Iman Abou-Atta, founder and director of Social Change. "We will continue to work to uncover more hidden truths; conduct vital field investigations; challenge authorities and spread awareness internationally so that the world can stand up against the trafficking of women and girls in the Arab world."

The report describes the plight of Leyla, an Iraqi refugee, last known to be living with her mother and brothers. "Prevented as refugees from working legally in the country (Syria), her family had run out of its savings. By the age of 14, her mother had forced her to work in a nightclub as a prostitute in order to generate income for the family."

While Syria and Jordan are the top-two sex-trafficking destinations, other countries in the region are also involved: Kuwait, Lebanon, Iran, the United Arab Emirates and Saudi Arabia.

"Our Dignity" finds that while chaos and anarchy have made all people more vulnerable to trafficking, women and girls have been most affected. "The neglect of authorities to deal with this problem effectively had fostered a state of impunity in which crimes against women are neglected and offenders go unpunished," it says.

Domestic violence, rape and other forms of gender-based violence have become a common practice among the internally displaced persons in Iraq and the large refugee communities in Syria, Jordan, Lebanon and other countries of the Middle East, according to the report.

Iraqi women’s vulnerability to trafficking began after the Gulf War in 1991 and the economic sanctions against Saddam Hussein’s Baath regime, the study says. In the preceding two decades–from 1979 to 1991–Saddam’s regime appeared to foster women’s civil participation. Girls were allowed to attend school, which narrowed the literacy gap and provided women more access to high-ranking jobs in government agencies and ministries.

Divorce laws were liberalized, giving women more leeway to exit marriages. In 1980 women gained the right to vote and run for political office.

Two major exceptions to these liberalizations were Iraqi women from Shia Muslim and Kurdish communities who were subject to religious discrimination and highly vulnerable to rape by Saddam Hussein’s militias and military personnel, or to being trafficked into Iran, Turkey, Egypt and Sudan, according to a 2010 study from the Norwegian Church Aid quoted by the study.

The 1991 Gulf War led to tough economic sanctions by the international community designed to overthrow Saddam’s Baath Party. That brought the country’s economy to its knees. Employed women were dismissed from their jobs, freedoms were restricted and girls’ school attendance dropped.

These restrictions worsened the exploitation of women in the workplace and led to an alarming increase in prostitution. "A huge number of widowed and single mothers, facing either no income or a monthly salary of just a few dollars, were forced into prostitution to merely survive," the study finds.

Facing financial difficulties, some families pushed daughters into prostitution, sold them to traffickers or forced them into marriage.

Authors tell the story on one young woman, Amira, whose " family was facing financial problems, when a man came to her father with an offer to hire Amira for $200 a month in order to help take care of his wife, who was handicapped. The impoverished family agreed with this tempting offer, but Amira, 17 years old, had no idea what was in store for her. Her work was not restricted to only housework; she had to have sexual intercourse with the son, and friends of, the man who hired her."

Confronted with this lack of security and the absence of punishment for such crimes, the report finds women and girls often confining themselves to their homes out of fear of being raped or kidnapped.

"We are all afraid and I cannot go alone anywhere. Even my older daughters, I fear for them. This is not a normal life we are living anymore," authors quoted a pharmacist in Bagdad.

Professional traffickers are very often women involved in the sex industry, authors say. These traffickers target girls and young women–often in cities or public transportation systems–who have often fled their homes out of fear of abuse, forced marriage or the threat of honor crimes. The traffickers pretend to provide assistance, offering to take the girls to shelters that turn out to be brothels. In other cases, male solicitors and taxi drivers are recruited by trafficking gangs to lure vulnerable young girls.

The report also explores the rise of Syria s mut’a marriages, known also as temporary marriages, which can be allowed among some Shia communities. The practice, with varying degrees of social acceptability, can be abused for trafficking purposes so that a girl or woman is married off on a Friday for an agreed price, and on the following Sunday the couple is divorced.

Research suggests that "the rates at which these mut’a marriages are carried out intensifies in the summer when male tourists visit Syria from the Gulf." Similar practices have also been observed in Lebanon.

Salma, for instance, was forced by her father into a mut’a marriage with her cousin at age 15. After 48 hours, after sexually exploiting her, he abandoned her. Her father refused to take her back. Instead he decided to take her to Syria to find her mother. At the border, her father left, selling her to a stranger who subjected her to a series of rapes and forced her into sex work in a Damascus nightclub for two years. Upon becoming pregnant, she was turned over to the streets of Damascus.

"Although this particular kind of marriage is not explicitly called prostitution, it is in effect sexual exploitation, often forced, as means of either securing livelihood, or generating profit." the report says.

Traffickers tend to target the youngest girls and women, for whom they can get the highest prices. "For virgin girls, the sale price can reach thousands of dollars and in some devastating cases; girls are obliged by their traffickers to undertake painful and dangerous hymen operations in order that they might be re-sold again as virgins."

Would you like to Send Along a Link of This Story?
https://womensenewsp.wpengine.com/story/prostitution-and-trafficking/111108/study-details-sex-traffic-in-post-saddam-iraq

Social Change Through Education in the Middle East:
http://www.sce-me.org/ 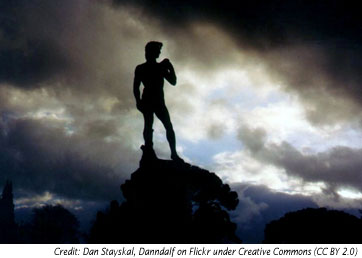 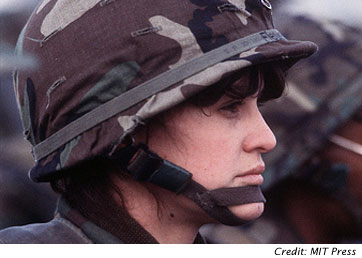