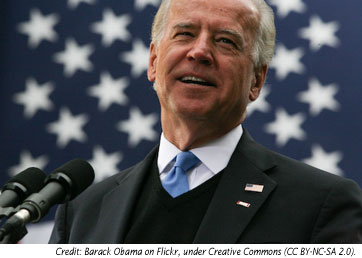 When Vice President Joe Biden recently argued that more police will help prevent rapes he said nothing amiss. And a change to the FBI’s definition of rape is hardly trivial. For one thing, if affects the allocation of federal money.

(WOMENSENEWS)– I beg to disagree with Wendy Murphy’s analysis that more cops won’t make a difference in rape arrests and prosecutions or that changing the FBI’s definition of rape will have little impact.

The Women’s Law Project has testified before the Senate Judiciary Committee on the chronic and systemic failure of police in many major cities to adequately investigate sex crimes.

We have also testified about the inadequacies of the FBI’s Uniform Crime Report’s outdated definition of rape because it does not reflect states’ criminal codes, which categorize as felonies those sexual assaults that people view as rape, and misleads the public about the number of felonious sex crimes handled by police. The Uniform Crime Report is also used to allocate federal dollars. The understatement of the statistics has huge public safety and financial implications.

We began the campaign to change the definition of rape over 10 years ago on behalf of 90 organizations, including state-based sexual assault coalitions. The campaign was bolstered this year when Ms. Magazine and Feminist Majority orchestrated an initiative that resulted in over 140,000 emails to the FBI pushing for a change in the definition.

The campaign is not over. Further impetus was given when Susan Carbon, director of the Department of Justice’s Office of Violence Against Women, testified in support of needed change before two advisory bodies to the FBI, composed of local police chiefs and other high-ranking law enforcement officials. These bodies supported the recommendation.

The next step is consideration by the FBI’s Criminal Justice Information System Advisory Policy Board at its Dec. 6 public meeting in Albuquerque, N.M. The final step in the process is approval by FBI Director Robert Mueller.

We’ve worked in Philadelphia to reform police practices dealing with sex crimes and have consulted with journalists throughout the country who have uncovered scandals regarding sex-crime investigation.

We’ve learned that with strong leadership, collaboration with advocacy organizations and appropriate resources, police can improve their response to sex crimes. We’ve seen it in Philadelphia – we’re not done here but we’ve made significant progress – and we’re seeing it in other cities as well.

For 10 years the Women’s Law Project, along with Women Organized Against Rape, the Support Center for Child Advocates and the Philadelphia Children’s Alliance, have conducted unprecedented yearly reviews of police sex crime and child abuse files.

Murphy charges that rape victims "almost never call 911 because they rarely report the crime right away."

Our review of thousands of cases tells us otherwise. We know that child sex abuse rarely comes through the 911 system, but older teens and adult women make the call. It is well known that the response from the first police officer on the scene is critical to the outcome of the case.

The reality is that fewer police on the job means fewer police to respond to calls and to appropriately investigate incidents of sexual violence, which means less accountability for perpetrators and therefore increased crime and decreased public safety.

Rape crimes are uniquely resource-intensive – and of special interest to Vice President Biden – so he singled them out because these crimes would be particularly affected. Instead of criticizing the vice president, Murphy should applaud him for keeping the issue in the public eye.

More significantly, however, the vice president has supported expanding the FBI’s crime-report definition of rape because the current definition causes significant undercounting of sex crimes.

So the fact that there are even more sex crimes than the public and policymakers have known about means that the need for police is even greater than we thought, which is exactly what the jobs bill will address.

Murphy is correct that most women don’t report their rape to police. But that does not mean those who do come forward should not receive appropriate police response. If the police are not responding, it is our job as advocates to call them to task.

More police and improved police response will, we hope, increase reporting by increasing public confidence in the police. It is clearly in the public interest to encourage increased reporting to law enforcement so that more rapists – who tend to be serial predators, according to current research – will be apprehended.

The vice president did not "throw the rape card." He raised public awareness of the crime of rape. His comments may have been somewhat inartful, but he nevertheless accurately described a major unmet need and a solution to it in the jobs bill.

Additional police clearly are not the only answer, but their role in fighting violence against women cannot be overstated.

Would you like to Send Along a Link of This Story?
https://womensenewsp.wpengine.com/story/rape/111123/rebuttal-biden-was-right-about-more-rape-policing

Carol E. Tracy is executive director of the Women’s Law Project, a public interest law center located in Pennsylvania that is engaged in high impact litigation, public policy advocacy and community education on reproductive rights, violence against women, family law and family court reform and discrimination in employment and education.

2 responses to “Rebuttal: Biden Was Right About More Rape Policing” 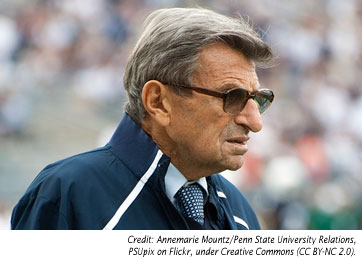 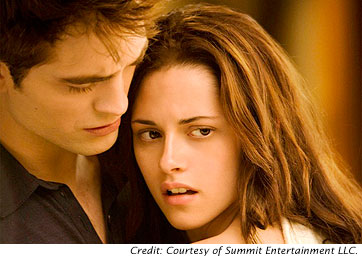