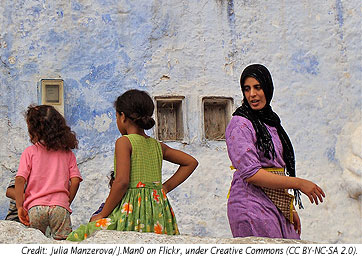 (WOMENSENEWS)– Morocco’s Nov. 25 parliamentary elections are expected to decide if the country’s new constitutional provisions for women can go beyond paper gains.

"People are tired of promises," said Fatima Sadiqi, a lecturer at the University of Fes in Morocco and Harvard University. "They want to see things happening on the ground. In order to apply them you need the infrastructure, schools in rural areas. That’s not easy. There should be a serious thought about these issues, and this is the moment. Elections are close."

Judges’ decisions in Morocco are driven more by laws than constitutional rights. That means the next parliament has the chance, through legislation, to decide the real reach of constitutional reforms approved by a landslide popular vote in July.

The reformed constitution recognizes that women–in addition to having equal civil and political rights already laid out in the old constitution–have equal economic, social, cultural and environmental rights. It encourages the creation of women’s rights organizations to help institutionalize change.

"It’s a really important achievement for women in the Arab world," said Latif Ait Baala, president of Action Internationale, a rights group based in Brussels, Belgium, in a recent interview outside U.N. headquarters in New York.

Morocco’s landmark 2004 family code is a beacon for Arab women’s rights. It raised the age of marriage for women to 18 from 15 and gave wives joint responsibility with husbands in such family matters as property upon divorce. It also criminalized sexual harassment.

Zahra Chagaf, a politician from southern Morocco who has been a member of parliament since 2002, says the reformed constitution takes all that a step further.

"Thanks to the new constitution, all of women’s rights are based on the principle of equality," she said in a recent interview during a visit to New York. "Before it was just equality between husband and wife, but now it is principled at all levels of society. We will work until the constitution is completely respected," she said.

Sixty seats are now reserved for women, about 15 percent of Morocco’s parliament, up from 9 percent. But women’s rights activists had hoped for a quota of 25 percent.

"It will be interesting to see how many women candidates are elected to office outside of and in addition to the national list reserved for women," said Stephanie Willman Bordat in a recent phone interview.

Bordat is Maghreb regional director at the Rabat-based Morocco office of Global Rights. She is warily watching the Islamist Development Party, or PJD, particularly after the recent success of the Islamist Ennahda party in Tunisia.

"A PJD win in Morocco risks to move us further along the path to a regional Maghreb dynamic of increasing conservatism in both society and law on women’s rights," she said in an email interview.

Bordat also worries that the elections will fail to change the membership of parliament.

"I don’t think people are convinced that the power structure in the country has changed, or that the usual list of suspects–the socioeconomic elite–won’t be elected back. And it depends on how much the people elected will continue to be rubber stampers, and how many will actually take an active, creative role in protecting women’s rights."

A delegation of international observers that arrived in the country on Oct. 20 has found that parties put forward their most popular, wealthiest, candidates. The delegation was organized by the National Democratic Institute, a pro-democracy group based in Washington, D.C.

"This presents a dilemma for parties that wish to respond to the almost universal demand among the politically active and civil society for change and ‘new faces’ in politics," said the delegation in an Oct. 26 statement.

Bordat said that if new faces do manage to enter government, eager to promulgate the ideals of the new constitution, it would be hugely important.

"There are many progressive political leaders in this country, as well as very progressive lawyers. And with that kind of bloc you could really get people actively looking to apply international human rights laws directly," she said.

Demonstrations and rallies in cities across Morocco that started in February were understated compared to those of neighboring countries. They nonetheless marked an unprecedented period of political turmoil under King Mohammed VI. Protesters demanded greater democracy from their government, for the king to relinquish some power and for greater rights for all citizens; notably young people, women and Berber-speaking communities.

In June, the king announced constitutional reforms in a national address. These were approved by 98 percent of those who voted in the July 1 referendum; a group representing 73 percent of the country’s 13 million registered voters.

In light of the constitutional changes, parliamentary elections scheduled for the fall of 2012 were moved up to Nov. 25.

The reformed constitution, which is a lengthy180 articles, also leaves some room for interpretation.

"After a great declaration for women’s rights or human rights, the articles often end with a qualifier clause: ‘as long as it respects the constitution, the laws of Islam and the kingdom,’" Bordat, the rights advocate, said in a separate phone interview. That clause, she added, allows slippage in applying the fundamental rights in the constitution.

As it is, Bordat said many lawyers are unaware of human rights the government has agreed to uphold when it comes to such matters as domestic violence.

She recently attended a meeting in Geneva organized by the U.N. Committee Against Torture. Delegates from the Moroccan government told the committee they were actively recognizing their obligations against torture, including domestic violence, Bordat said.

"I can assure you that most of the average folks applying the law at the local level are not aware of that," she said. "All of the public civil servants have got to be educated and informed about what Morocco’s international human rights obligations are."

A 2011 national study by Morocco’s High Commission for Planning found that nearly 63 percent of Moroccan women ages 18-64 had suffered some form of violence during the year preceding the study, and for 55 percent of them their husbands were the perpetrators. Violence by the wife was reported in only 3 percent of such cases, according to a joint statement by the Advocates for Human Rights and Global Rights, presented to the U.N. Committee Against Torture in Geneva earlier this month.

Thirty-three percent of respondents said that a man is sometimes justified to beat his wife, another report released by UN Women found.

Maura Ewing is an editorial intern at Women’s eNews and a student at The New School for Social Research. You can read more of her work here.

Would you like to Send Along a Link of This Story?
https://womensenewsp.wpengine.com/story/equalitywomen%E2%80%99s-rights/111120/moroccan-vote-puts-womens-gains-crucial-test

"The ‘Democratization’ Process in Morocco: Progress, Obstacles and the Impact of the Islamist-Secularist Divide," The Brookings Institute, August 2011:
http://www.brookings.edu/papers/2011/08_morocco_monjib.aspx 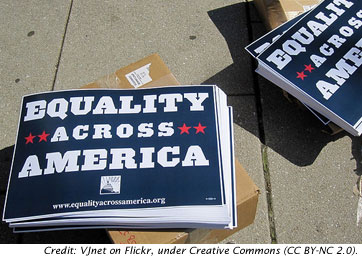 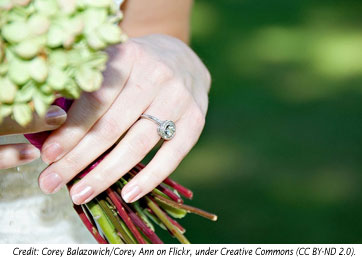