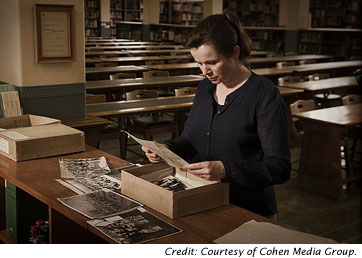 English social worker Margaret Humphreys heroically confronted a scandalous injustice. Her story in “Oranges and Sunshine” is part of a rich array of October movies, on subjects from kidnappings and plastic surgery to basketball.

A prime example is "Oranges and Sunshine," opening Oct. 21. This truth-based drama is about Margaret Humphreys, a Nottingham social worker who discovered a scandalous injustice kept secret for decades: the British government had transported 130,000 children — most of whom were orphaned, but many who’d just been placed in temporary care by impoverished parents — from the United Kingdom to Commonwealth countries. There they were institutionalized, given new identities and forced into virtual enslavement. Some were only 4 years old when they were shipped away.

There’s nothing gimmicky about this dramatization, which shows Humphreys withstanding threats to her safety and assaults to her character, and taking a heroic stand in making the truth known far and wide, reuniting thousands of families and punishing those responsible.

Playing Humphreys, Emily Watson is superb throughout. The scene in which she quietly but relentlessly confronts monastics guilty of beating and raping their charges is particularly stunning.

Kidnapping is also the subject of "Martha Marcy May Marlene," writer-director Sean Durkin’s gripping first feature that opens Oct. 28. It’s about a young woman (played by Elizabeth Olsen, the younger sister of Ashley and Mary-Kate) who has been held captive and is brainwashed by an abusive cult. She manages to escape and return to her family, but she struggles — dangerously so — to discern her real memories from those induced by the cult. The film is psychically alarming and brilliant.

On a lighter, bouncier note, "Mighty Macs," is director Tim Chambers’ feel-good, girl- centric sports drama that opens Oct. 21. Based on a true story, the plot follows the career of Cathy Rush (played by Carla Gugino) who became head basketball coach of an all- girls Catholic College and pushed her team towards their first national championship.

It was the early 1970s and athletics were considered unladylike, especially by the

college’s conservative administrator, Mother St. John (Ellyn Burstyn). But she is inspired by Rush and circumstances to have a miraculous conversion into the team’s chief booster. Rah rah!

Spanish film maestro Pedro Almodovar’s latest film, "The Skin I Live In," is about the complex and obsessive relationship between a male plastic surgeon and his female patient-victim. Almodovar is always grandly, obsessively interested in portraying women with sensitivity, and this is no exception. This film opens Oct. 12.

Also opening Oct. 12, Darryl Roberts’ searing documentary, "America The Beautiful II: The Thin Commandments," a sequel to the first "America the Beautiful" (2007), is about America’s preoccupation with body image. Anyone who’s been on a diet for reasons other than health should see these films.

This month also brings us a beautiful film that documentarian Jennifer Fox ("Flying: Confessions of a Free Woman," 2006) spent 20 years making. "My Reincarnation" offers a fascinating and exquisite close-up on the evolving relationship between Tibetan spiritual master Namkhai Norbu Rinpoche and his half-Italian son, Yeshi, who’s reluctant to walk the spiritual path designated for him from the day of his birth.

"The Women On the 6th Floor," which opened Oct. 7, is a charming French comedy that takes a sophisticated, gentle, witty swipe at class and gender by focusing on the relationships of a Parisian bourgeois housewife, her bored husband and their Spanish domestic workers. As the story goes, the husband takes greater pleasure in keeping company with his employees in their sixth floor garret than he does in spending time with his wife in their luxurious flat.

Alma Har’el’s "Bombay Beach," opening Oct. 14, is an embellished documentary about a community of odd and interesting people who live on the shore of California’s inland Salton Sea. Har’el mixes verite and choreographed sequences to capture the outer and inner realities of her subjects. Gorgeous cinematography, smart editing and superb music by Bob Dylan, Beirut and others.

Music also plays a big role in "Oka!," Lavinia Currier’s narrative feature that plays with documentary-like authenticity. Opening Oct. 14, it’s based on the life of Louis Sarno, an ethnomusicologist who’s lived with the Banyaka Pygmies of central Africa for decades. Currier conquered huge logistical obstacles to create a wondrous journey into the world of the Banyaka, now threatened by the encroachment of modern civilization.

"Miss Bala," highly acclaimed at Cannes, Toronto and New York Film Festivals, is a gripping Mexican crime drama about an ambitious but naive young beauty queen who becomes an unwilling and terrified pawn in the deadly turmoil between corrupt Mexican cops and drug traffickers. It opens Oct. 14.

"Texas Killing Fields," also opening Oct. 14, is a gruesome crime thriller directed by Ami Canaan Mann (apparently heir to the themes and style of her father, Michael Mann). Her approach to this truth-based tale of serial killings, decaying bodies and threatening circumstances in the Lone Star State is definitively forceful.

Victorian tone and painterly in style, it is a beautifully framed foray into a carefully guarded secret realm in which Lucy (Emily Browning), a beautiful student, supports herself by being put to sleep and submitting to the taboo desires of others.

"Janie Jones," also opening Oct. 28, is a rather affecting drama in which Abigail Breslin plays a girl whose former-groupie mom (Elisabeth Shue) leaves her with her father (Alessandro Nivola), a rock musician who never knew he had a daughter. They bond and wind up making some good music together.

Amid all this great femme-centric film fare, my favorite film by far this month is "Le Havre" which opens Oct. 21. This Finnish-French dramady, written and directed by the charismatic Aki Kaurismki, is neither by nor about women, but it is profoundly human and humane. It is one of the few movies I’ve seen recently that has made me truly gleeful and profoundly proud that I am of our species.

"Le Havre" is about working class, salt of the earth residents — women and men — of that French port city who unite to support an African refugee boy. Working together, they use their limited resources and risk their own well-being to hide him from authorities, prevent his extradition and find means to reunite him with his mother, who is living – – illegally — in London. The film is a brilliantly conceived compilation of wonderfully entertaining, emotionally engaging, tightly interwoven subplots and sequences — one sweeter than another, and none of them the least bit hokey. Don’t miss it. 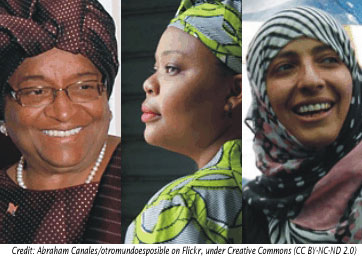 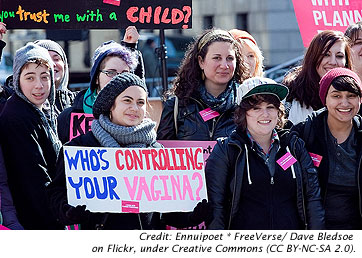