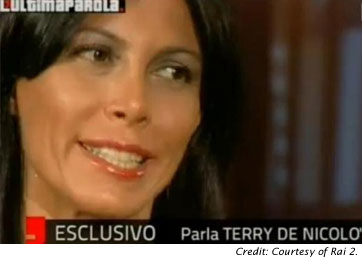 One of Silvio Berlusconi’s “escorts” has publicly encouraged women to view their beauty as a marketable asset. Some of the prime minister’s political opponents say his tenure has degraded the atmosphere for women in the work force.

ROME (WOMENSENEWS)–When Terry De Nicolo, a 38-year-old escort and regular visitor of Italy’s Prime Minister Silvio Berlusconi, was interviewed by a public television program last June she defended a woman’s right to see her body as a marketable asset.

"Beauty is an economic value and must be sold like any other skill. If you are a beautiful woman you must be able to sell your body in order to achieve your goal. If you are ugly you need to stay at home and live a mean life with only 2,000 euro (around 2,700 U.S. dollars) a month," she said.

De Nicolo went on to say that every Italian woman would jump at an invitation to one of Berlusconi’s parties and the chance of making connections to become rich and powerful.

"If you want to be rich and powerful, you must be a lion and not a sheep. You must be ready to sell even your mother to get what you desire," said De Nicolo, who resides in an expensive penthouse in Milan and is known for her high-fashion wardrobe.

Some aspects of De Nicolo’s attitudes were echoed a few months later in an online survey of university students released Aug. 24, by unversinet, an Italian social network. The survey posed this question: In your opinion, is it more important to study or get a recommendation to become enrolled at your university?

A small portion–16,218 out the 450,000 students who replied–expressed shock at the premise. But the vast majority, 86 percent, said the second option of getting a good recommendation–and essentially using your connections–was more important.

The percentage of female students who said they would not mind having sex with a professor in order to gain university entrance was 57 percent, sharply higher than the already strong response of 45 percent in 2010.

During investigations spanning from 2007 to 2011, the Italian Public Prosecutor Office found escorts who frequented Berlusconi’s parties received expensive gifts and employment offers, even if they weren’t qualified for them, in return for their "performances."

In 2007 Berlusconi–currently facing charges including corruption, tax fraud and paying for sex with a minor–and Agostino Saccà, the director of Rai Movie, a cinema section of Italian Public Television, became embroiled in scandal when the prime minister was discovered using his influence with Saccà to get acting parts for his female friends.

Two years later, the daily La Repubblica reported that former showgirls and actresses who socialized with Berlusconi were on the list of European parliament candidates for Berlusconi’s right-wing People of Freedom (PDL) party. Not long after, Veronica Lario, Berlusconi’s former wife, sought a divorce and described her husband as a sex addict in a letter published in La Repubblica.

Some members of the left-opposition, Italy of Value party (IDV), contend that Berlusconi’s behavior is influencing the attitudes and workplace conditions of young Italian women.

Giulia Rodano, a member of parliament responsible for equal opportunity for IDV, was in Rome in September for IDV’s annual meeting, where she spoke with Women’s eNews.

"When meritocracy really works, Italian women get high-level positions and do their jobs remarkably," said Rodano. "They are a minority now but we are protesting in all Italian squares to obtain equal opportunity."

In February the women’s rights group "Se non ora quando?" ("If not now, when?") staged protests in 60 Italian towns and cities, with smaller support demonstrations scattered across Europe and one in Tokyo. "Italy is not a brothel" was a popular sign in the Rome protest and many demonstrators said Berlusconi’s sex scandals were degrading to Italian women.

Berlusconi pushed back in a televised press conference, denying that he ever attended sex parties or consorted with prostitutes, calling the claims politically motivated.

Vincenzo Maruccio, another member of the IDV, also addressed the issue. "A country that allows escorts to overtake skilled women who studied and get work experiences is an immoral country," he said at the September gathering.

Maruccio, a councilor of Lazio, a region that includes Rome, proposed creating job-evaluation criteria based only on skills and job experience and not connections. He emphasized that Berlusconi’s sex-scandal-plagued leadership has done a disservice to women’s employment opportunities.

Beatrice Lorenzin is the member of parliament responsible for equal opportunity for Berlusconi’s PDL. In a recent phone interview, she said the women’s rights movement has suffered a historic reversal.

"Sexual freedom has changed," she said. "In 1968 it represented freedom of choice. But today’s women turn their body into a power tool."

She deflected any ideas that her party leader has encouraged women to use their sexuality to gain financial power. She argued that during the 20 years that leftists dominated the country’s politics they created a discouraging atmosphere. Now, she said, they don’t see any other way to move ahead aside from exploiting personal connections and their own sexuality.

Would you like to Send Along a Link of This Story?
https://womensenewsp.wpengine.com/story/prostitution-and-trafficking/111025/italys-sex-scandals-jar-view-womens-success

Valeria Marchetti is an Italian journalist with a background in broadcasting. She is based in Rome. 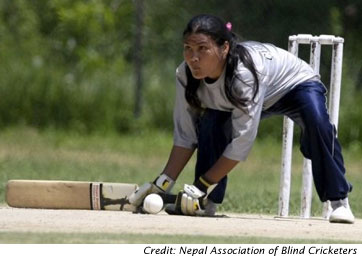 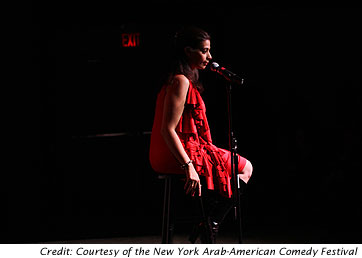