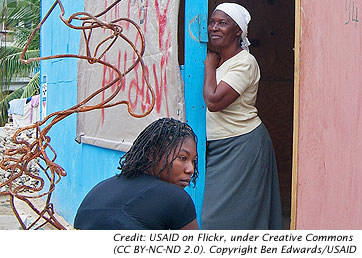 Conditions have become worse for many Haitian women and girls after last year’s earthquake, including access to reproductive health care, says Amanda M. Klasing. Their needs must be considered in every aspect of reconstruction and at each step.

(WOMENSENEWS)–I met Naomie, a 25-year-old mother, more than a year after the January 2010 earthquake destroyed Haiti’s capital. She lost both her parents in the quake.

In the months after the earthquake, Naomie made a new home in a tent camp with a man. One day he raped her, threw some money at her and left her. She sought post-rape care, but not in time to prevent pregnancy. She had the baby, but had no job. She occasionally exchanges sex for food or small change to buy soap, but worries that without contraception she’ll become pregnant again.

The baby’s father came back one day and wanted to take the baby to his family. She refused. In retaliation, he returned later with some friends. They took turns raping her.

For a while in 2010, everyone turned their eyes to the long-neglected Haiti. But as crisis after crisis has unfolded in the country, from a cholera epidemic to elections problems to Jean Claude Duvalier’s return, the international community has almost become numb to its suffering. A brief mention of political turmoil or cholera or another looming hurricane reminds us that things are still bad in Haiti. But then we move on.

Naomie’s tale may shake us momentarily from our numbness: two dead parents; two rape episodes; and survival sex to feed her baby.

But all women in Haiti face shocking risks of maternal mortality and the stark inequalities in access to reproductive health care have become much worse since the earthquake.

Haiti has the highest maternal mortality rate in the Western Hemisphere: A woman in Haiti has a 1-in-44 lifetime risk of dying from giving birth. Pregnancy rates in the informal camp settlements are three times those in urban areas before the earthquake.

Women need better access to contraception, better protection in their camps and communities, job opportunities, affordable medical care for themselves and their children and a safe, dry place to live.

In fact, these are their rights.

Good work is being done by the government, nongovernmental organizations and U.N. agencies to address maternal health. Free health care is available for the first time to many Haitian women and girls, allowing them to plan their families and potentially decreasing the risk of death that they or their infants face.

This should be a success story of the aid efforts in Haiti. But we don’t know if it is, as there are no system-wide data showing progress in women’s health.

Many of the over 100 women and girls I’ve spoken with continue to face obstacles in getting these life-saving services. Many don’t have basic information about where to get free medical services; others lack the less than $1 needed to transport them to a hospital to give birth.

These are not insurmountable obstacles, and they don’t require expensive solutions. They require a broad recognition by decision-makers at the highest level in the government, the Interim Haiti Recovery Commission, donors and aid groups that women and girls matter. Their concerns are not something relegated to a few specialists.

The needs of women and girls should be considered in every aspect of reconstruction and at each step, from design to implementation to monitoring. All data–on displaced persons, flood victims, political violence, cholera deaths, political participation–should show how women and girls are affected. Gender-specific benchmarks should be designed to show progress toward reducing inequalities. Most important, clear avenues should be designed for women’s participation.

In Haiti, women are called the "poto mitan," the pillars of society. They are also the foundation. Reconstruction that ignores women will leave Haiti more unstable than ever.

Would you like to Send Along a Link of This Story?
https://womensenewsp.wpengine.com/story/the-world/110928/stability-haitis-reconstruction-hinges-women

Amanda Klasing is the Americas researcher for the Women’s Rights Division at Human Rights Watch and author of the organization’s new report, "’Nobody Remembers Us’: Failure to Protect Women’s and Girls’ Right to Health and Security in Post-Earthquake Haiti."

‘Nobody Remembers Us’: Failure to Protect Women’s and Girls’ Right to Health and Security in Post-Earthquake Haiti, Human Rights Watch:
http://www.hrw.org/node/101167 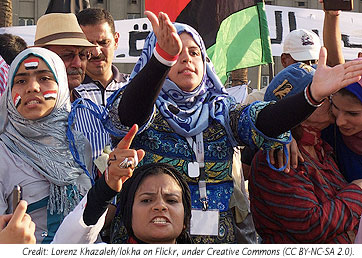 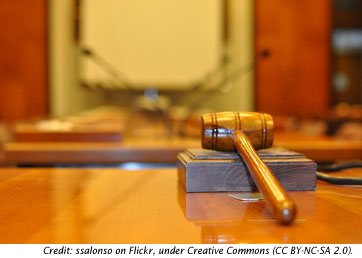