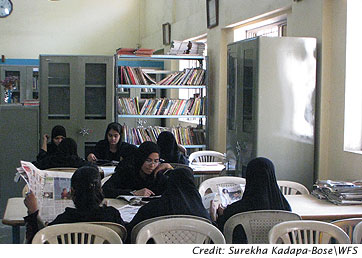 Muslim girls and women in northern India have the lowest levels of education and are the least likely to leave home to work. When one 19-year-old pushed her way into the paid work force she had to brave the fury of her younger brother.

For many 19-year-olds that might not be unusual, but for Kazmi, a young woman from an orthodox Muslim home in the old part of the city, it meant donning Western attire–slacks and a blouse–a prospect that infuriated her younger brother.

"He even beat me up when I made up my mind to take up this job," Kazmi says. "But today, almost a year on, I am still working. I have even bought him a mobile phone!"

Kazmi says that after her father died the family was reduced to a hand-to-mouth existence. "I had to leave school and so did my brother. Our mother is not educated and could not find a job. That’s when I decided that I will support my family and began to look out for jobs that didn’t need very high educational qualifications but could help pay the bills."

Now she is bringing home about $18 a day.

Muslim women from wealthier families have long pursued careers based on a strong early education.

A prime example is Qamar Rehman, dean of research science and technology at Amity University here in Lucknow. She’s a world-renowned expert in the field of toxicology because of her groundbreaking research into the toxicity of fibers, particles and nano particles and their impact on the environment and population.

"In the male-dominated Muslim community, for a woman to make an independent career for herself is extremely difficult," says Rehman. "But I never accepted defeat and that has kept me going."

But Rehman had the kind of educational opportunity that is rare among girls and women from lower-income Muslim families.

In their 2004 book, "Unequal Citizens: A Study of Muslim Women in India," Zoya Hasan and Ritu Menon gathered data that found the constitutional goal of eight years of schooling remains a dream for Muslim girls in northern India.

Instead, their survey found an average of 2.7 years of schooling for Muslim girls, worse even than the 3.8-year average for a Hindu girl.

About 59 percent of these girls never get into school and less than 10 percent complete it.

In higher education, according to the authors’ data, Muslim women in India have an abysmal share at less than 4 percent, lower than that of women who grow up at the bottom of the caste system.

The authors found that in conservative and patriarchal areas such as Bihar and Uttar Pradesh, only very poor women or those from high-income groups worked.

They cited national data showing that while women’s employment went up throughout the 1990s, Muslim women were left out of that trend.

Shabistan Gaffar is chairperson of the national government’s Committee On Girls’ Education.

"The social tradition and misunderstanding that prevailed within the community regarding education has prevented many girls from being educated," says Gaffar. "Poverty is a huge additional deterrent."

Gaffar says education and schools must be made more accessible to Muslim girls in northern India.

She also believes that there is a case to be made for strengthening the madrassa system of religious schools in India, since these age-old institutions of learning have continued to provide one of the best chances for Muslim girls to access an elementary education and break free from orthodox control.

To do that, however, means confronting widespread trepidation about the schools as training grounds for Islamic extremism.

Pointing out that many leading people in India were schooled at madrassas–including presidents Dr. Rajendra Prasad and A.P.J. Kalam–Gaffar says the schools are misunderstood.

"I understand that there are apprehensions in the present scenario but we must not negate the fact that in areas where there is no infrastructure for basic education, it is these madrassas that are imparting at least some primary education to girls," she says.

Would you like to Send Along a Link of This Story?
https://womensenewsp.wpengine.com/story/education/110901/muslim-daughter-in-india-breaks-home-bound-custom

Anjali Singh is a senior journalist who specializes in writing on human development issues with a focus on women and children. She is also a child rights activist and director of Saaksham Foundation, an organization that addresses child rights violations in the Indian state of Uttar Pradesh. 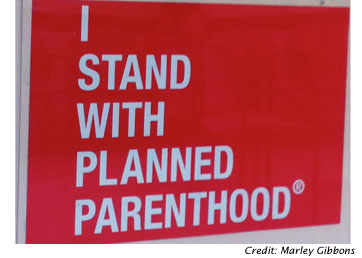 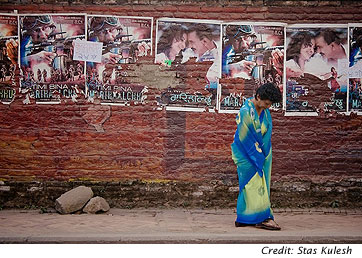