Novelist Rebecca Tinsley struggles with how to share Sudanese women’s stories without spreading a sense of hopelessness. In the end she had their resilience to highlight, along with the transformational power of education.

(WOMENSENEWS)–Consider this dilemma – how do you accurately portray the lives of women in a place like Sudan without making their world seem so hopeless that most of us prefer to avert our eyes?

I faced this problem when writing my 2011 novel, "When the Stars Fall to Earth," about women and girls in Darfur who have survived their government’s campaign of ethnic cleansing. I chose to write fiction so I could focus on individual stories rather than depressing statistics, and in the hopes of reaching a wider audience with these stories.

My intention was to show the resilience and resourcefulness of these African women who are facing enormous challenges. To bridge the cultural gap with female readers everywhere, I also wanted to show much we have in common, such as our discoveries of an inner strength we often don’t realize we possess.

Women have such low status in Sudanese society that I could have filled a book with heartbreaking examples of discrimination. But there comes a point when even the most internationalist and sisterly reader wonders why millions of women in Sudan continue to submit to this treatment.

Many of us understand, on an intellectual level, that from the moment they are born many African girls are programmed to think they are worthless. Many of them are fed less than their brothers and they are kept home from school to work in the fields or assist their mothers with the chores.

In parts of Africa there is a 1-in-7 chance of dying in childbirth; the maternal mortality risk in a developed country like Ireland is one in 44,000. Traditional practices and village-level customs, such as forcing the widows of men who have died of AIDS to marry their brother-in-laws, often add to the spread of HIV and make a mockery of international conventions on the rights of women that may have been signed by the Sudanese government.

In Sudan traditional anti-female customs are reinforced by the local interpretation of Islam, while in other areas of Africa Christians who warn against birth control hinder women from taking control of their reproductive health.

The Sudanese government also plays a discouraging role. In 2008, for instance, in Khartoum state alone, 43,000 women and girls were charged with public indecency. The punishment for this is public flogging by a policeman or soldier who whips them, often with 100 lashes. Some of these floggings have popped up on YouTube.

The young woman’s supposed crime is indecency, which often means wearing trousers. Local human rights groups say this standard is applied disproportionately to two groups: those who are ethnically black African, as opposed to Arab, and those who are on their way to or from college.

Despite this distressing backdrop, the women of Darfur display remarkable courage and determination against incredible odds to protect their children.

It never ceases to amaze me how women in a place like Sudan begin each day singing, laugh together as they walk to fetch water, find the time to braid each other’s hair, care for old people with tenderness and listen to their stories. Despite a scarcity of water, and without our modern conveniences, they face the world in clean, well-maintained dresses, even when they only have two changes of clothes to their name.

If one theme emerges from my novel it is that educating women and girls is the key to a life free of negative traditional customs. Literacy is the best way to empower women, and we always underestimate both the need to educate women across the world and the immediate effect it has in improving lives. I have seen this for myself in the literacy project run by the charity I founded, Network for Africa, where Rwandan genocide survivors’ lives are transformed when they can read and write.

The U.N. calculates that for every dollar you spend educating a girl you must spend $100 educating a boy to get the same positive effect. If we want smaller, healthier families and real economic development, our best investment is in female schooling.

For the female characters in "When the Stars Fall to Earth," and for the real women in Darfur and across Africa, the moment they access education is the point at which their lives change, their confidence grows and they take control of their future.

In refugee camps across the region, the women of Darfur are holding their families and societies together with slender arms. Their stories deserve to be told in a way that shows how much like us they are.

While we should certainly learn from the challenges they face and adapt any attempts to deliver development aid accordingly, we must not lose sight of their courageous female essence.

Would you like to Send Along a Link of This Story?
https://womensenewsp.wpengine.com/story/the-world/110730/sudanese-women-offer-stories-resilience

Rebecca Tinsley is a human rights activist and founder of the charity Network for Africa. She is a former BBC journalist and has a law degree from the London School of Economics. Her novel "When the Stars Fall to Earth" is published by LandMarc.

When the Stars Fall to Earth:
http://www.amazon.com/When-Stars-Earth-Rebecca-Tinsley/dp/0984512950

One response to “Sudanese Women Offer Stories of Resilience” 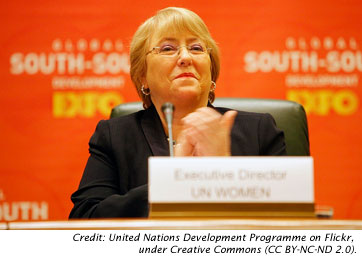