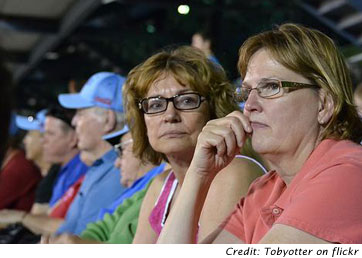 In this excerpt from “Friends Forever,” co-authors Suzanne Degge-White and Christine Borzumato-Gainey describe the often liberating way some women’s friendships can change in midlife, when young children are no longer a common denominator.

(WOMENSENEWS)–The years that stretch from early adulthood through midlife are often crammed full of "doing" and "acting," whether this busy-ness revolves around work, our romantic partner, family obligations or children.

Thus, many of our friendships are forged on specific activities and expectations related to the hub of where the action takes place. This has been attributed to the time constraints that this period of life presents. However, many of us in midlife find that our children are growing up and moving out and our lives and lifestyles may be shifting and morphing into a new incarnation.

The "friends" we counted on to share soccer game snack duty, middle school carpool duty, or high school dance chaperone duty are no longer a regular, rotating part of our lives. As some of these "pseudo-friendships," as one woman termed them, fall away, we enter a stage where we can more clearly explore the person we are and the friendships that would best energize and more fully satisfy us. Letting go of our children and the friends that were a fundamental element of the childrearing period of our lives can be painful for some of us, but cathartic for others.

One woman described it as totally liberating. She said that she was eager to cut the ties to her daughter’s friends’ narrow-minded and rigid parents. She felt that the putting away of her daughter’s high school cheerleading uniform was the opportunity to tuck away a treasured part of her own identity that had reached fruition and a necessary ending.

By gracefully exiting friendships that were built on shared calendars rather than shared authenticity, we are better positioned to develop genuine and more personally fulfilling friendships.

One woman anticipating the last of her children leaving home said, "I was looking forward to it! It gave me more time!"

And Barbara used this time to sort through her connections and relationships and choose the ones that were worth keeping. Friendships built on convenience, not connection, frequently simply fall away when life stages shift and alter.

One woman, Nancy, said that the first month or so after her youngest child was at college was a treasure–she felt a luscious freedom she had not quite anticipated. Able to cut back on grocery runs, able to enjoy last-minute dates and getaways with her partner, she felt rejuvenated. Until, she said, she realized that the house was much lonelier than she’d expected and that many of the women she had assumed were friends were really just "companions" in the raising of children.

Her son’s extracurricular events had also served as her social connecting ground–she loved sitting with other parents to cheer on the band at various contests, football and basketball games and the hometown parades. She assumed that the other parents were as much her friends as they were fans of their own children!

But with her tuba-playing son now out of the house, the calls from other band mothers ceased and Nancy realized that she may have been living vicariously through her son. She decided she needed to determine whether the relationships with other mothers were really friendships or acquaintanceships.

Nancy proactively and assertively contacted the women and suggested getting together for socializing beyond what they’d experienced when socializing was organized around their kids’ activities.

Some women were responsive and eager to build non-child-centered friendships; some others just didn’t seem interested or available. Nancy noted that it took her a few months, but that she was able to let go of the hope of seeing friendships develop with some of the women whose company she had enjoyed and to appreciate the women who were as interested in growing a friendship as she was herself.

Would you like to Send Along a Link of This Story?
https://womensenewsp.wpengine.com/story/cultural-trendspopular-culture/110708/nest-empties-womens-friendships-turn-over

One response to “As Nest Empties, Women’s Friendships Turn Over”