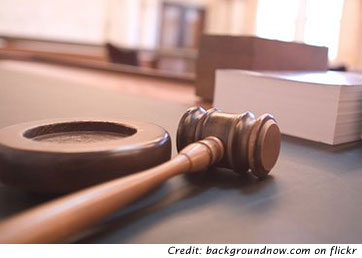 Win or lose, Wendy Murphy says justice demands that a jury consider a hotel worker’s charges of sex assault against Strauss Khan and that Manhattan District Attoney Vance finish what he started.

(WOMENSENEWS)–The "collapse" of the accuser’s credibility is depressingly predictable in the celebrated sex-assault case against Dominique Strauss Khan, former managing director of the International Monetary Fund and presidential aspirant in France.

Days after DSK’s arrest I predicted here that the case would soon go "poof." Not because of the victim’s credibility or the chance that she might be a tool of DSK’s political opponents. It was the wealth of the accused, the relative poverty of the victim, and the fact that, before the ink was dry on DSK’s arrest papers, people on his behalf reportedly had already made money offers to the victim’s family in Africa to make the case go away.

Yesterday, The New York Times reported that meetings are taking place about dismissal or a plea deal, signaling that the hotel worker’s case is in big trouble.

Before we accept the idea that the victim’s credibility has crumbled we should evaluate a few key issues.

No 1: The victim’s credibility problems have been described as so serious, prosecution may be impossible. But the victim in the "Rape Cop" case, that went to full jury trial and just ended in New York, had equal if not more serious credibility issues. Why didn’t Manhattan District Attorney Cyrus Vance dismiss those charges before trial?

No. 2: Vance released to the public a detailed description of the victim’s reported lies to immigration officials about being raped and tortured in her native country. She made those claims in support of her request for asylum and claimed she was at risk for further persecution if she were returned to Guinea. Vance claims these lies seriously undermine the victim’s credibility in the case against DSK. "Lies" that Vance claims destroy the victim’s credibility were made eight years ago and were probably crafted by someone other than the victim. If Vance’s policy is that lying about such things almost a decade ago is a moral failing of such magnitude it prevents his office from prosecuting the far more serious crime of rape, let the word go out to all sex predators that they should choose immigrants as their victims. As if they aren’t vulnerable enough.

No. 3: No matter what the victim lied about in the past, the prosecutor found no reason to question the integrity of her DSK related claims. To the contrary, the forensic evidence proved the victim’s essential credibility on the only facts that really matter.

No. 4. If Vance thinks it’s appropriate to dismiss rape charges because of a victim’s prior false statements and other past behavior, as opposed to lies about the crime itself, then he should consider the past behavior and lies of DSK as well, including the case being brought against him now in France. Will the victim there suddenly develop credibility problems, too? Since when is the word of a woman not good enough at least to allow a jury to decide what really happened? DSK has been repeatedly accused of sexually offensive behavior toward women and admitted engaging in an inappropriate sexual relationship with a lower-ranking staff member. If the victim’s past hurts her credibility, doesn’t Vance have to say exactly the same thing about DSK? Again, let a jury make the call.

This is not a case where prosecutors doubt whether the incident occurred. The forensic evidence has resolved that question. The only issue is whether the activity was consensual. No matter what either of the individuals involved has done in their lives, the public has a right to expect both to participate in the trial and let the justice process run its course. To conclude otherwise is to reveal to the world what many already believe: that the American legal system is more interested in protecting wealth than women.

Reasonable people want to know from Vance exactly what kind of sex-crime prosecution even has a chance under his authority. He lost the Rape Cop case and now he stands poised to dismiss rape charges against DSK in a case he said only a month ago was very strong and that had lots of forensic evidence that corroborated the victim’s description of what happened.

If this is what the public can expect from their elected district attorney, people need to mobilize and vote in a better person who will put the safety of women higher up the ladder of prosecutorial priorities.

The Rape Cop case was a worthy effort, but one juror said a big weakness in the case was the lack of DNA evidence. In this case, there’s plenty of DNA evidence. Not only was DSK’s semen found on the front of the victim’s shirt, there’s blood evidence, too, consistent with the victim’s description of a violent struggle. Are we to assume that in Vance’s jurisdiction, a rape case isn’t good enough with or without DNA?

The U.S. legal system has long protected the wealthy over the poor, which is one of the reasons basketball celebrity Kobe Bryant walked away from his criminal rape prosecution while so many low-income black men sit in prison for committing less serious offenses.

Bryant’s defense team destroyed the credibility of his accuser before paying her off with a big pile of cash. That same diabolical strategy could play out again here.

If DSK’s victim’s reputation is destroyed in the court of public opinion, and then she gets a cash "settlement," nobody will care that the criminal charges go away or that a "settlement" in a criminal case is illegal. If the Bryant case is any indication, even victim advocates will celebrate the result with the pathetic "at least she got SOMETHING" mantra. The moral of this disgraceful scenario: Victims who’ve behaved badly don’t deserve fair treatment in law and society.

Would you like to Send Along a Link of This Story?
https://womensenewsp.wpengine.com/story/in-the-courts/110706/dsk-has-credibility-problems-too-let-jury-decide

Wendy J. Murphy, a contributing editor to Women’s eNews, is a law professor at New England Law/Boston and a former prosecutor of sex crimes.

One response to “DSK Has Credibility Problems Too; Let Jury Decide” 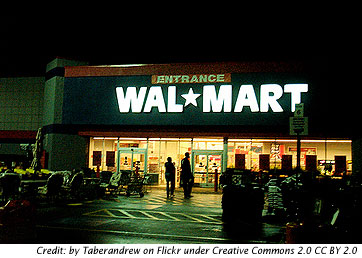 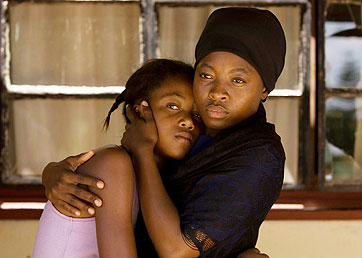