The media portrayal of the hotel housekeeper who is bringing sex-assault charges against DSK, former head of the IMF, has swung from angel to “maid-hooker.” Another possibility exists: she is a victim of trafficking.

NEW YORK (WOMENSENEWS)–I have a question that apparently has yet to be asked–believe it or not–about the personal history of the Sofitel Hotel housekeeper here who charged one of the most powerful men on the planet with sex assault.

Now that both sides have agreed to postpone until the second week of August the hearing on the charges pending against Dominique Strauss-Kahn, former managing director of the International Monetary Fund, it is a good moment to ask:

Could the jailed “fiance” widely discussed in the press be a sex trafficker or otherwise part of an organized criminal network?

Amara Tarawally, 35, according to an interview with The Daily Beast, said he knew the housekeeper for six or seven years, after she emigrated from Guinea. The interviewers wrote, however, “through the fog of Tarawally’s many dubious claims and denials emerges the picture of a man used to manipulating women for his own ends, perhaps to include the 32-year-old African immigrant chambermaid….Tarawally calls her his fiancee. There is no indication, however, that Tarawally or the maid had hatched a premeditated plot.”

In the immediate aftermath of Strauss-Khan’s arrest, his accuser was widely portrayed in press accounts as a hardworking virtuous Muslim woman (read pure) who had been assaulted by a man known to be sexually aggressive.

Then along came the New York Post, which raised the possibility that she was a practiced liar and perhaps a hotel maid-hooker-schemer.

The New York tabloid may have simmered down since the Sofitel housekeeper threatened it with libel and the Washington Post this week cast doubt on the credibility of its sources for that story. But the attack-pack leader was quick to portray her as seeking revenge against DSK because he refused to pay her for her sexual services.

This week The New York Times thickened the plot with a feature story about the cottage-industry of shady advisors for asylum seekers who promote a practice of lying and deception.

There is another, also compelling, possible narrative: African woman trafficked to the United States, coerced to participate in the ongoing activities of those who brought her here and to turn over the proceeds to others.

We don’t usually think of trafficked people as those with asylum status. We think of them crossing borders in the back of trucks like so much stolen merchandise.

How the Sofitel housekeeper made it to the United States is unclear. The Manhattan prosecutor’s office says she entered using a “fraudulent visa.” In other words, she might have been trafficked into the U.S. and then coached through an asylum petition that misled authorities.

I do think it’s likely that expert traffickers may game the system. Even if this turns out not to be the case here, it’s clearly a possibility.

The most recent estimates by federal agencies are that 17,000 foreign nationals are trafficked into the United States each year, 80 percent of whom are women and girls. Thus, it does seem worth asking more about the details of the housekeeper’s New York arrival and asylum petition.

If she has not been trafficked, her exaggeration of her circumstances of her need for asylum can only fuel the anti-immigration fever spreading throughout the United States by reinforcing the biased belief that “all of them” lie on their immigration applications so that is no big deal if the housekeeper did.

Not only is it a big deal–she could be jailed for perjury and deported–this view insults all those who have meticulously gone through a process that questions their credibility at every step. A lousy outcome from her criminal complaint.

The New York Times story this week asserted that many immigrants seeking asylum do lie. “Of course, thousands of those claims are legitimate,” the story said. “But each cataclysm provides convenient cover stories for immigrants desperate to settle here for other reasons.”

Each cataclysm also dramatically increases the numbers of individuals vulnerable to trafficking, but the story doesn’t mention that.

So far we haven’t learned the context in which the accuser’s exaggerations and embellishments occurred.

According to a letter from the prosecutor to DSK’s attorneys, the housekeeper said she rehearsed the lies with the help of a cassette given to her by a “male.” The letter also said she entered the country “using a fraudulent visa.”

The prosecutor also leaked to the press that $100,000 had been recently deposited in a bank account in the housekeeper’s name. The final clue of her possible connection to criminal networks: The day after her encounter with DSK, the housekeeper called a man, described as her “fiance,” in an Arizona immigration prison after serving time for possession of marijuana. Prosecutors claim the couple discussed how to take advantage of what had occurred. Tarawally flatly denies that.

Big questions: What did she and Tarawally actually say to each other? (The accuracy of the prosecutor’s translation is in dispute.) Who provided her with the cassette to prepare for her immigration interview? Who saw to it that she was able to afford to come to the United States and provide a phony visa? Did she personally benefit from the money deposited in her name? (No one has yet reported a lavish lifestyle beyond the means of a housekeeper’s earnings.) Is the man in jail her fiance, truly, or someone who is part of a network of exploiters? And when will the defense be permitted to hear the tape recorded telephone conversation between the housekeeper and Tarawally?

The housekeeper may in fact just be another unfortunate immigrant who misled U.S. authorities in order to find safety but who got caught. Or maybe not.

A quick look at the U.S. State Department’s report on human trafficking, released at the end of June, has this to say about the housekeeper’s homeland.

“Guinea is source, transit and to a lesser extent a destination country for men, women and children subject to forced labor and sex trafficking.” The report gave the country a ranking of 2, meaning it has taken some steps to reduce trafficking within its borders, but not enough to earn a ranking of 1.

If what prosecutors say is true about the “fiance,” Tarawally clearly could be part of a criminal network that speaks the same language as the housekeeper. It would not be unusual for such a man to compel a refugee woman to engage in unsavory acts and turn the revenue over to him.

Would you like to Send Along a Link of This Story?
https://womensenewsp.wpengine.com/story/prostitution-and-trafficking/110713/big-question-was-dsks-accuser-trafficked 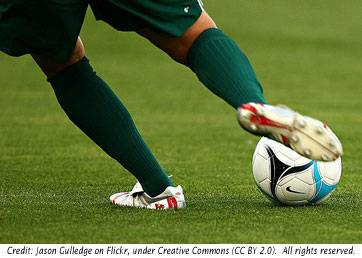