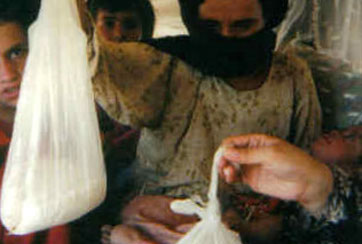 Osama bin Laden’s death has spurred talk of U.S. troop withdrawal from Afghanistan this summer. But if troops go away before a true re-integration process for the Taliban, commentator Jeanne Bryer wonders what chance women will have.

(WOMENSENEWS)–Lawmakers in U.S. Congress–particularly some Democrats– are clamoring to scale back the long, expensive war in Afghanistan this summer. British Prime Minister David Cameron has also signaled that he is paving the way for early troop withdrawal.

Now that Osama bin Laden is dead, hopes are rising that peace can be negotiated between the Afghan government and Taliban leaders.

Women in the country are hearing rumors that talks with the Taliban are already taking place in secret and this is alarming. Without the representation and participation of women there can be no assurance that their rights will be upheld after the peace process and that could spell disaster. Women risk losing liberty, education and employment.

The presence of foreign troops has caused significant issues too. For example, May 29 brought an errant NATO strike that killed at least nine women and children. But this tragedy should not be used as a reason for troop withdrawal. The Taliban are responsible for the majority of civilian deaths during the war.

In May, Safia Siddiqi, a women’s activist and former member of the Afghan National Economy Committee, said on a national radio broadcast that nothing had improved for women in rural areas and that women need each other and the international forces to attain peace and security.

Female activists recall that in 1948 Afghanistan was a signatory to the Declaration of Universal Human Rights and in 1953 ratification of the Convention on the Political Rights of Women afforded them all the political rights–including the right to vote in elections and to hold public office–that men enjoyed.

Not a Western Import

Women’s rights are not a recent Western import but freedoms taken away by successive regimes who waged war with foreign interference, they say. Even with these rights, in the past educated women were the elite few and the majority lived enclosed within the confines of the home, often uneducated. This is true today too, but with a key difference: Most women now know precisely what they should still have.

Before Sept. 11, 2001, Afghan women begged the international community to help them.

I interviewed many myself in 2000 and 2001 while reporting on aid programs for a Britain-based nongovernmental organization. Educated or not, rich or poor, all the women appealed to me to ask my government to save them from the Taliban.

They told me: "All we want is security so we can have education for our children and to be able to work." They feared and dreaded the Taliban and many had been widowed by this very movement with whom the U.S. and U.K. governments are considering negotiating. Many are anxious about their economic rights. They need to be able to work, to earn money to feed and house their children.

When the Taliban were in power, the women of Afghanistan were denied those rights. Women were banned from working outside the home except in highly restricted areas. Widows only had recourse to living on the kindness of their neighbors, on charity, of which there was little during this time, and by begging. I saw many women pathetically holding out their hands from under their burkas in supplication for a coin, risking a beating if a Talib saw them alone in the street.

Seats Needed at the Table

When people talk of reconciliation with the Taliban, should we not ask who they intend to include? Women need seats at the table when negotiations take place. Otherwise it’s hard for women to believe that Taliban re-integration is sincere and not a charade for foreign observers that will dissolve the minute troops withdraw.

Women have made gains in the cities and there are many examples of girls now going to school. Yet in some areas, like Helmand, they still risk their lives by attending school. Girls’ education is often curtailed after primary school. Daughters are still used to settle disputes. The maternal mortality rate there is among the highest in the world.

Currently Afghans neither support their government, because they know that many are corrupt, nor international forces, which do not appear to take enough care when launching attacks. Both must change before the Taliban can be isolated.

Without doubt though there needs to be reconciliation with men who are currently alienated from the Afghan government. And we know from Northern Ireland that it is sometimes possible for terrorists to become respected members of society and even the government. But this can only be achieved when all parties concerned can be confident that such men have renounced terrorist activity.

When asking for Afghan women’s opinion on whether there should be negotiations with the Taliban and foreign troop withdrawal, Wazhma Frogh, a leading women’s activist and an executive board member of the Afghan Women’s Network, told me that among Afghan women there is no clear consensus. But there is a common call for ending all forms of violence.

Wazhma says it doesn’t matter to a mother whether an international air operation or a suicide bomber killed her child. The pain of loss is the same and she must endure her suffering under cover and in silence.

General James Bucknell, second in command of the International Security Assistance Force–the NATO-led security mission that has been in Afghanistan since 2001–says "now is not the time to blink."

Major General Phil Jones, director of International Security Assistance Force’s Force Reintegration Cell, believes that the sight of bin Laden’s picture–as a hunched, forlorn figure instead of a charismatic leader–will weaken his following and that now is the time to capitalize on this. Many foot-soldiers may turn away from al-Qaida and the Taliban, which could have a positive impact for reintegration.

Unless the perpetrators of cruelty and inhumane actions–whether they are Taliban or criminal warlords–are stopped, the misery for women will undoubtedly continue. If the military chiefs’ advice is taken–to keep troops in there to press the advantage–then there is a chance they will achieve true security for all Afghans.

Would you like to Send Along a Link of This Story?
https://womensenewsp.wpengine.com/story/war/110608/hasty-troop-withdrawal-endangers-afghan-women

Britain’s Jeanne Bryer has freelanced, specializing in Afghanistan, for over a decade. She traveled to Kabul when the Taliban were in power, interviewing women and getting their stories. She worked for the British and Irish Agencies Afghanistan Group for four years producing security and humanitarian reports, working with the Agency Coordinating Body for Afghan Relief in Kabul. She produced the AfghanLinks e-newsletter for four years (now discontinued) and has been a member of the Front Line Club for independent journalists since its opening in 2003. She can be reached at: [email protected]. 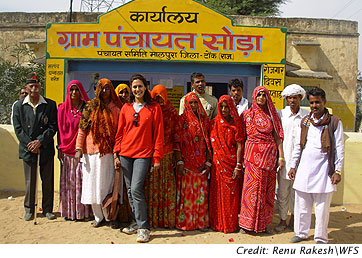 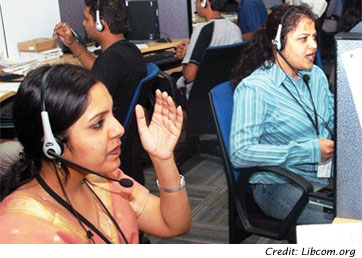