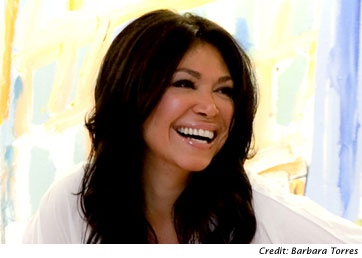 For better or worse, many Latina moms’ intense nurturing is everlasting, particularly towards their daughters, says Sandra Guzmán in this excerpt from her book “The New Latina’s Bible.” This long umbilical cord is buried in tradition.

My mother always worked outside the home, doing all kinds of odd jobs to put food on the table and clothes on our backs. At one time or another she worked as a hairstylist, a hotel maid, a pastelera (tamalera to some) and a sneaker seamstress.

But her greatest sense of achievement is having raised her children–two boys and three girls–by herself, children who today have successful careers and families of their own. Her greatest joy is cooking up a storm and feeding her family in the home she built with her life’s savings.

My mother is a chingona, as my Chicana sisters would say–a fierce Boricua warrior who never takes no for an answer. Though she has a small and stocky frame, in my eyes she was always an amazona. She taught me, by her unbreakable strength, resistance, perseverance and profound Christian faith, how to be the warrior that I am today. I have seen parts of my mother in so many Latina mothers I have met. We have been raised by truly fearless women who were in turn raised by awesome abuelas. They are emblems of our collective strength.

However–and this is a big however–I didn’t always appreciate all that my mother was. In fact, my mother and I had so many fights growing up, I thought that as soon as I hit 18, I’d never see her again.

As a young Latina coming of age in America, I kept making choices that went against the grain of tradition. Nothing I ever did, except excelling in school, seemed to make her happy. The clothing I wore was ugly or weird; the way I styled my hair was freaky; the music I listened to was horrible; the friends I had were never good enough; and the "bad habits" I was picking up were offensive.

Many times I felt as if I were an alien in my own home. The fact that she didn’t speak English and I was quickly losing my Spanish made our communication even more difficult. It was so hard to explain myself to mami. She didn’t cut the umbilical cord for a very, very long time and, bless her heart, she still hasn’t stopped meddling in all of my affairs.

When I was young I spent years resenting her and our life together. Now that age and understanding have tempered my anger and I can appreciate the wisdom of the past, I see her for who she is. More important, I’m peaceful enough within myself that I can accept her as she is.

Our families tend to baby their kids longer than non-Latinos do. The way we nurture our children is one of the things I treasure in our culture. A Latina mother never, and I mean nunca, kicks her adult daughter out of the house so she can "discover the world" or "be out on her own."

Latino parents are doting, loving and very protective, especially of their girls. However, the downside of this "Latina mama nurturing" is when babying and nurturing extend through college and into our adult lives. No matter how grown up we are, they refuse to "let go." But this extended umbilical cord has an ancient tradition.

In an old custom practiced by the natives of the American Southwest and northern Mexico, the umbilical cord of a newborn girl is buried under the house so that she will never leave home or stray from her domestic duties. When I read about this, I checked with my mom to see if she’d ever heard of it. To my surprise, she told me that similar rites are performed regularly in Puerto Rico and most parts of the Spanish Caribbean, only it’s the placenta of a newborn girl that’s buried under the house to ensure that she’ll grow up to love the home!

My sister Mari, the only one of us not born in a hospital, suffered the effects of this tradición. My fisherman grandpa buried her placenta under his house a few hours after she was delivered and, as it turns out, Mari is absolutely the most hogareña of my mother’s three daughters–a real Martha Stewart type. My mom is convinced that the buried placenta is why Mari (unlike Wandi or me) is so "loving" of la casa.

Mari only recently found out about the fate of her placenta and wants to plan a trip to unearth the remains! The running joke in my family is that my placenta was thrown into the Caribbean.

Excerpted from "The New Latina’s Bible: The Modern Latina’s Guide to Love, Spirituality, Family, and La Vida," by Sandra Guzmán. Available from Seal Press, a member of the Perseus Books Group. Copyright 2011.

Would you like to Send Along a Link of This Story?
https://womensenewsp.wpengine.com/story/parenting/110507/latina-moms-nurturing-secret-unearthed

Sandra Guzmán is an award-winning journalist and former editor in chief of Latina magazine and a former associate editor at the New York Post. A writer and producer who has produced hundreds of stories for Fox Television’s morning show "Good Day New York" and Telemundo, Guzmán won an Emmy for her half-hour special, "Embargo Contra Cuba," which aired on Telemundo’s New York affiliate. 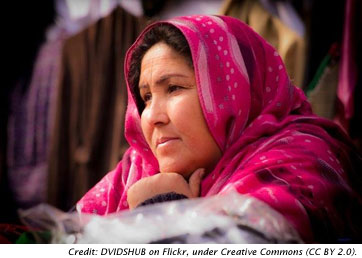 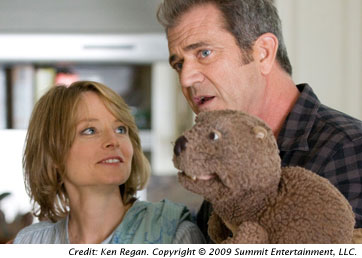