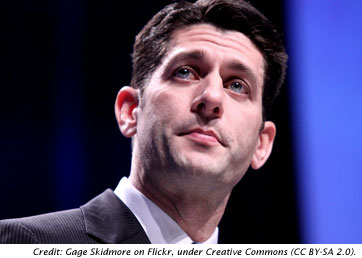 Susan Feiner calls GOP lawmakers’ craze to turn federally funded programs over to states through “block grant” payments a block-headed approach to cost control that will do great harm to women.

(WOMENSENEWS)–All those federal programs that GOP politicians want to turn over to the states are especially important to women.

So watch out for that 2012 GOP budget proposal from Rep. Paul Ryan. It’s stirring controversy for good reason.

The biggest bucks at stake are in Medicare and Medicaid, the nation’s two public health programs.

But if the GOP has its way virtually all social programs–HIV treatment and prevention, housing, nutrition assistance, help for homeless and runaways, drug treatment, well-child care, elder care, you name it–would be transformed into block grants and sent as lump sums to the states. Because block grants come with virtually no federal strings, the states could do what they want with the money.

OMG! Hasn’t anyone heard that the states are broke, desperate for every dime they can put their hands on? Under the Republican plan, states could use federal dollars to close budget gaps, leaving everyone who depends on critically important social programs high and dry.

Here’s just one hair-raising example of what’s at stake: There are over 1 million women in nursing homes, according to the Atlanta-based Centers for Disease Control and Prevention, and 760,000 of them–71 percent–rely on Medicare and Medicaid. (The male nursing-homes population is much smaller at 430,000 and half of them rely on public support.) If GOP-controlled states cut off the flow of funds, a million and a half elderly could die.

Block grant proponents argue that they will help states run programs more efficiently, but that’s hard to believe. Federally funded Medicare and Medicaid are two of the country’s most efficient health insurance programs.

The most likely outcome of this block-headed idea: women will be blocked from vital services as states use the money as they see fit. It could get really ugly out there with Tea-Partyniks goading states to outdo each other, punishing poorer, older and sicker women.

Republican block granting of these essential programs would let the states play Russian roulette with the nation’s most medically vulnerable needy seniors. One state might like seniors, so Medicare stays. "Whew, we lucked out." Another has a younger voting population, so Medicare goes. Bang!

A reality-based analysis of America’s public health programs reveals solid financial reasons to leave them as they are.

Consider Medicaid, the public health insurance program for low-income Americans. Signed into law by President Lyndon B. Johnson in 1965, Medicaid is now the nation’s most cost effective health care delivery system. Its administrative costs range from 4 percent to 6 percent of claims paid, according to the American Academy of Family Physicians.

By contrast, any health maintenance organization that was able to hold costs to double that rate–between 8 and 12 percent–would be considered really lean.

Nonetheless, Medicaid costs are rising faster than other prices; core inflation is now tracking at less than 2 percent annually, while overall inflation (as measured by personal consumption expenditures) is running at about 4 percent so far in 2011.

Since Ryan’s 2012 budget plan would limit increases in federal block grants to the rate of inflation, states would have to find new sources of funds for these programs. But that’s not likely when states are facing a combined $125 billion in shortfalls this year. What’s more likely is that states will reduce payments to doctors, shrink benefits to participants and restrict eligibility. In other words, the programs would be squeezed and starved.

Block-granting Medicare is another chip off the GOP’s idiotic block.

Medicare, like its sister-program Medicaid, was signed into law in 1965 and today provides health insurance to 39 million Americans over the age of 65, of whom nearly 22 million (56 percent) are female. Despite the fact that nearly half of Medicaid recipients have three or more chronic conditions (thus are the most expensive population to treat), the program boasts an administrative costs-to-benefits ratio of 3 percent according to Robert Reich, an economist and the secretary of labor under President Bill Clinton.

That’s far better than self-insuring large companies, which face administrative costs of 5 to 10 percent. Recent changes in tax law have induced some large employers to give up insurance purchased from an outside vendor. Self-insurance is not regulated, so firms that go this route can impose high monthly premiums and large co-pays on their employees. Consequently, the firm’s medical costs decline–mostly because fewer people use it.

Reich points out that if everyone in the United States were to enroll in Medicare tomorrow, the estimated savings would be somewhere between $58 billion and $400 billion.

If the actual savings were just the middle of this range (about $230 billion), there would be more than enough money to eliminate the budget shortfalls in all 50 states. Then the states could fully fund the vital medical programs so necessary to women’s financial well-being and physical health.

Would you like to Send Along a Link of This Story?
https://womensenewsp.wpengine.com/story/economyeconomic-policy/110524/gops-block-grant-plan-merits-the-chopping-block 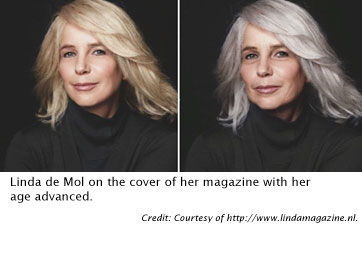 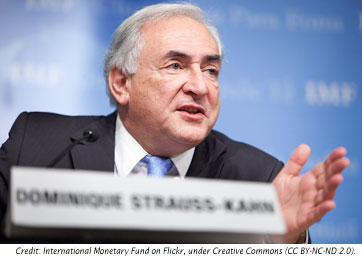