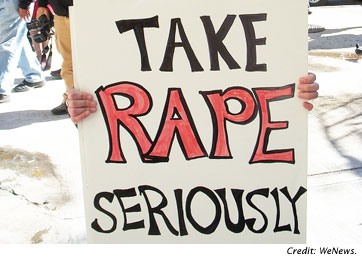 In February Women’s eNews ran a commentary by Wendy Murphy about excessive attention being paid to a backlog of untested rape kits. Here Sarah Tofte offers a vigorous rebuttal, told in part through the tribulations of one young woman.

(WOMENSENEWS)–Last year, while working at Human Rights Watch, I was researching what happens to sexual assault evidence kits ("rape kits") after they are booked into police evidence. During this time I received a phone call from a young woman, Stephanie, from Illinois.

She was raped three years ago by a man whom she met at a wedding that same day. After the rape, Stephanie went to the hospital for medical care, where a nurse advised that she consent to the collection of a rape kit; a lengthy and invasive four-to-six hour process where evidence left on or in a rape victim’s body is swabbed, plucked and brushed into envelopes and then sealed in a cardboard box.

Stephanie decided to report her rape to the police. When she gave the police a physical description of the assailant (she only knew his nickname), the beat officer recognized the man she was describing, someone whom, as the officer told Stephanie, had been in trouble for physically assaulting an ex-girlfriend. The rape kit evidence was taken into law-enforcement custody. The last time she saw her rape kit it was in the back of a detective’s car as he drove her from the hospital back to her home.

Stephanie assumed the kit was sent to the crime lab for testing. Why else would she have put herself through all that? When Stephanie’s phone calls to the police about her case went unanswered, she assumed that the rape kit test must not have turned up any useful investigative information even though, as she told me, "The guy ejaculated in my belly button and I could see and feel his semen in my pubic hair. I made sure not to wash myself off until I could get to the hospital. I thought for sure they would find DNA to test."

Now Stephanie was hearing about a rape kit backlog in her state and she called me for advice on how she could figure out whether her rape kit was in the backlog. I made a few phone calls and confirmed that Stephanie’s rape kit had never been sent to a crime lab for testing and was still sitting, unopened, in a small police department’s storage locker. She also learned that her case had been closed and the police had conducted a very perfunctory investigation in the case involving only two interviews–one with Stephanie and one with the suspect.

"Wow," she said. "I don’t know what is worse: thinking my kit was tested but they found nothing, or knowing that it was never tested. It was so stupid of me to think there would be justice in my case, wasn’t it?"

I often find myself recalling Stephanie’s words of self-recrimination about her decision to report her rape and have a rape kit collected, and they particularly resonated in February as I read Wendy Murphy’s piece here on Women’s eNews, in which she argues against testing all rape kits in a backlog .

I don’t have the space to respond to all of Murphy’s points, but I think it is important to counter her claims that rape kit testing in non-stranger rape cases is: 1) a waste of resources, since the suspect has already been identified and 2) a violation of victim’s privacy rights.

Rape-kit testing can produce essential evidence in all kinds of rape cases.

As Linda Fairstein points out in her brilliant rebuttal to Murphy’s piece, published in the Daily Beast, rape-kit evidence in non-stranger rape cases can identify serial rapists, including serial acquaintance rapists, affirm a victim’s version of events, discredit the assailant and exonerate innocent defendants. In addition, in some cases cops apply the term acquaintance rape even when a prior connection between a victim and a suspect is extremely tenuous and, in any other context, would qualify them as strangers to one another.

Fairstein proves her point by citing the numerous rape cases solved in New York City because the city chose to test every kit in their backlog and every new kit booked into police evidence. She also writes a longer version of her rebuttal.

Federal and state laws prohibit law enforcement from gleaning any medical or genetic information from a DNA test.

While many of Murphy’s arguments are factually wrong, the one that most concerns me is her contention that many rape kits in a backlog are there because the victim didn’t want her rape kit tested.

In my experience, rape victims who go through the process of a rape kit examination, and who decide to report their crime to the police, long for justice and believe there is something in their rape kit worth testing. And for women like Stephanie, learning that their rape kit is in a backlog does not bring relief, as Murphy suggests, but rather it contributes to their sense that their cases–and they–don’t matter.

Murphy is right to note that the rape kit backlog is not the cause of the criminal justice system’s historically anemic response to sexual assault and testing rape kits will not resolve all the problems with the way our society views and addresses sexual violence. Yet rape kit testing matters. It sends a message to the victim that her case is important and what she went through to report the crime and go through the exam was not in vain. It sends a message to the perpetrator that they will not get away with their crime.

As for Stephanie, in January of this year I called the police department on her behalf to check on the status of her rape kit. Thanks to a new law in Illinois, passed in July 2010, all untested rape kits in police storage facilities have to be sent to the crime lab for testing. Stephanie’s kit is one of them. It is waiting in a long line. When it’s opened, let’s hope the investigative information contained in the kit leads to the re-opening of her case and, finally, to justice.

Would you like to Send Along a Link of This Story?
https://womensenewsp.wpengine.com/story/rape/110401/rebuttal-justice-requires-rape-kit-testing

Sarah Tofte is director of policy and advocacy for the Joyful Heart Foundation, where she works on, among other things, reforming the rape kit backlog in the United States. 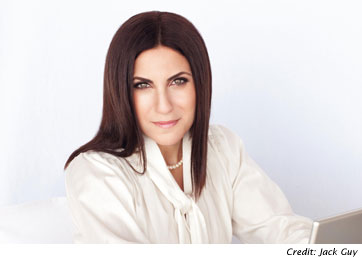