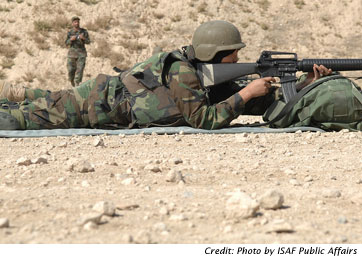 A Defense Department official says a new recourse option for victims of military sex assault is encouraging more to seek care and maintain privacy. Critics call it a military cop out that lets perpetrators go free and lets commanders off the hook.

Avila-Smith has been advocating for military sexual trauma victims since 1995, after the military refused to punish her Army ex-husband after he "jumped up and down" on her pregnant stomach and ended her pregnancy.

When she sought justice from her commanding officers, "I was told not to talk to anybody about it or I would be BCD’d, which is a ‘Bad-Conduct Discharge,’" she said

Avila-Smith says of VETWOW’s 3,000 veterans who were raped during their enlistment by a fellow soldier, nearly all told their commanding officers about the crime, in compliance with military law. Many, she says, described the backlash from the chain of command as worse than rape.

All too often, Avila-Smith says, commanding officers try to intimidate rape victims into silence. Commanding officers, who are judge and jury when it comes to indicting soldiers for alleged crimes while on duty, have also under-prosecuted military rape by ignoring a victim’s accusation, for instance.

The result, she says, is that many who suffer military sexual assault say nothing and try to cope with the psychological aftermath on their own. A 2008 survey of 103 military sexual assault victims by the Government Accountability Office showed half never bothered to report the crime because they believed nothing would come of it and they also feared being ostracized.

To help change how the U.S. military deals with sexual assault committed within its ranks and its aftermath, Susan Burke, a highly-regarded attorney, will be filing a class-action lawsuit on behalf of military sexual trauma survivors next week. The lawsuit, which will be announced Feb. 15 during a press conference at the National Press Club in Washington, D.C., will ask for both damages and changes in the military’s practices.

Since Sept 11, which ignited two major conflicts in Afghanistan and Iraq and lesser anti-terror campaigns across the globe, such as in Africa, the Department of Defense, or DOD, has never been more dependent on female soldiers.

Today, women account for 20 percent of all military personnel, or 300,000 total, compared to 1970 when women accounted for only 1.4 percent. When troop levels in Iraq were at their highest, there were four times more women in the military than during the 1991 Gulf War. Women have garnered two Silver Stars for bravery–the military’s third-highest decoration awarded for extraordinary heroism while engaged in combat with the enemy–since Sept. 11. Only one Silver Star had ever been awarded to a woman before in the nation’s history.

Today in Afghanistan, Marine "female engagement teams"–heavily-armed and in full gear–are on patrol in the countryside to win over the hearts and minds of Afghan women. They’re also checking the women for hidden weapons so to be less offensive to the sex-segregated rules of Afghan society.

But as more women enter war zones, the numbers of military sex trauma cases have risen, with women as the majority of victims. Military sexual assaults in war zones rose 26 percent from 2007 to 2008, and another 33 percent over the following year, according to annual reports from the U.S. Department of Defense.

Female veterans have been pressing Congress to take action on military sexual trauma since the Vietnam War, recharging their efforts following the 2003 Air Force Academy sexual assault scandal. In 2004, Congress mandated the Department of Defense to form task forces to address the issue and establish prevention strategies.

These task forces made confidentiality for rape victims from their chain of command a top priority.

In 2005 the Department of Defense also created the Sexual Assault Prevention and Response Office, or SAPRO, the military’s first lead office to deal strictly with sexual assault. It soon initiated a two-track sexual assault reporting policy: restricted and unrestricted.

Restricted reporting allows the victim a new choice of bypassing chain of command. Instead of reporting the assault to a superior, restricted reporting permits a victim to call a sexual assault response coordinator on a hotline or tell a victim advocate, such as a chaplain or health care professional. Once a restricted report is made, advocacy and counseling is initiated for the victim, but an investigation is not triggered. The victim’s identity is never revealed.

Unrestricted reporting sticks with tradition. Service members who desire an investigation along with health care services must notify commanding officers of the rape and who they’re accusing.

Dr. Karen Whitley, director of SAPRO, told a congressional hearing that restricted reporting and the 3,500 soldiers who used it since 2005 represented "remarkable progress."

In a subsequent interview with Women’s eNews she reiterated that.

"That’s 3,500 people we feel we’re helping that would have never come forward if not for restricted reporting," she said.

But there are several glaring drawbacks to restricted reporting, says Avila-Smith, and they’re posted on a SAPRO-related Web site called SHARP, or the U.S. Army’s Sexual Harassment/Assault Response and Prevention program.

For one, the assailant goes unpunished and is capable of assaulting other victims. For another, the victim continues to have contact with the assailant, even if he or she shares the same living quarter.

"We’ve struggled with this but what we want is people to come forward and get the care they need," said Whitley, referring to an assailant’s immunity from investigation.

To VETWOW and other related advocacy groups, restricted reporting has meant 3,500 alleged predators got away with rape, says Avila-Smith.

VETWOW believes the No. 1 priority is holding commanding officers accountable. That would mean that higher-ranked commanders or civilians trained in prosecuting sexual assault would have oversight of military sex trauma investigations of commanding officers and an equal or greater say when administering an indictment.

U.S. Army veteran Olga Ferrer is the director of A Black Rose, a nonprofit focused on military sexual trauma that’s based in Melbourne, Fla. During the Gulf War, while stationed in Kuwait, she was alone in a shared shower facility when a male soldier snuck up from behind and raped her. She filled out an incident report to commanding officers, but when she sought out military police to inquire if they would assist with the investigation, they told her the report "had disappeared."

She is adamant the only way to end military sex trauma is to involve a civilian element.

"Every military site–overseas or in the U.S.–should have a unit or group, that includes doctors, nurses, therapists, that investigates sexual assaults and does not fall under the DOD or military," she said.

"The alleged rapist should immediately be removed from the victim’s unit and the victim should also be placed somewhere else. They should not be working together, period!" she said. "The only one being restricted is the victim."

This story was partially funded by the Spot.us crowd funding site for independent journalists.

Would you like to Send Along a Link of This Story?
https://womensenewsp.wpengine.com/story/military/110209/militarys-restricted-reporting-draws-fire

Originally from Buffalo, N.Y., John Lasker is a freelance journalist based in Columbus, Ohio, whose work has appeared in Wired, Christian Science Monitor, Toward Freedom and the Buffalo News. 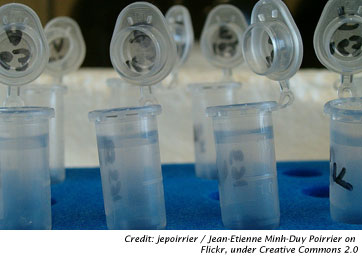 Most Rape Cases Are About Consent, Not DNA

After Katrina: One Surviving Family’s Story