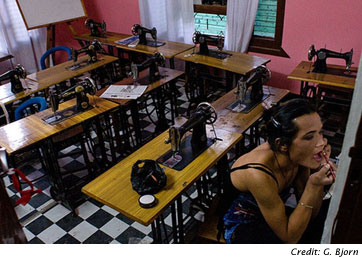 But growing up in a society that does not accept people of the "third gender," or transgender, she says she had no choice.

"My family does not let me [leave] the house if I do not set off for [my] office in a boy’s dress up," says Dhakal, who leaves home dressed as a man every day.

Today, like all workdays, she makes a pit stop on her way to work at the rented room where she changes into women’s clothes and applies what she calls "a lot" of makeup every morning before 9 a.m. Then, she heads to work.

Dhakal has a masculine physique, but says she has always carried herself as a woman.

Dhakal was born a boy to a middle-class family in Kathmandu. She says that as she grew up, she realized she liked to wear her sister’s dresses and at school preferred to play with the girls in her class rather than the boys.

But as she got older, her classmates began to tease her. Eventually, she says she was asked to leave the school when she revealed she was transgender, an allegation The Press Institute was unable to confirm with the school.

"I used to burst into tears when my friends teased me, calling me ‘hijada’ (gay) and ‘napunsak’ (infertile)," Dhakal says.

As the harassment grew, Dhakal became depressed. By the age of 18, she tried to commit suicide because she says she could not bear the hostility from her friends, family and society, but her sister stopped her.

She says her parents tried to shield her from criticism by locking her in her room when relatives came to visit, but eventually began berating her themselves for wearing girl’s clothing.

"They even beat me up, thinking that I could be changed," Dhakal says. "But all their efforts went in vain."

The Supreme Court of Nepal struck down the law that classified homosexuality as bestiality in 2007 and granted homosexual and transgender people full rights. However, many transgender people in Nepal say they have not been granted the citizen certificates needed to receive many of these rights, such as get jobs, enroll in schools or colleges, seek treatment in hospitals or inherit property.

Of the 200,000 people who identify as transgender in Nepal, a country of nearly 30 million people, only five have citizenship, says Sunil Babu Pant, Nepal’s first openly gay politician. He is also the founder and chairman of the Blue Diamond Society, Nepal’s leading organization for the rights of sexual minorities.

To date, there has been no official government data, as the Central Bureau of Statistics says it did not record the number of transgender people in its last census in 2001. In the new census, scheduled to be held this year, "sexual status" will be collected, Pant says.

"Medical science has proven that it is not a psychiatric problem, but it is behavioral and comes naturally," says Dr. Karuna Onta, program development coordinator for CARE Nepal, an international nongovernmental organization that aims to fight poverty and social injustice.

Activists say Nepali society has also been slow to accept transgender people but that they will continue to press for legal rights and social acceptance. Dhakal, who works at Blue Diamond Society, says that the general public, including police, harasses gay and transgender people in public places.

"Is it our mistake to be a third gender?" she asks. "What can I do when I am this way naturally?"

With the support of the Blue Diamond Society, transgender people are demanding citizenship certificates with their gender marked as "third sex" instead of male or female. Ram Bandhu Sharma, a local lawyer, says the lack of a third option on the citizenship cards flouts the provision in Nepal’s constitution that states that there will be no discrimination on the basis of caste, religion, gender, origin, language and ideology.

After a recent meeting with Pant, Nepal’s President Ram Baran Yadav and Prime Minister Madhav Kumar sent letters demanding the Ministry of Home Affairs issue transgender people citizenship cards. But, to date, there has been no progress.

Nepal’s transgender people have made progress with Nepal’s Election Commission, though, which recently started registering people as transgender.

"The public behavior towards them is slightly changing," says Binod Kharel, a police inspector. "I think it will take time to see satisfactory progress."

Would you like to Send Along a Link of This Story?
https://womensenewsp.wpengine.com/story/lesbian-and-transgender/110128/trans-people-in-nepal-live-without-citizenship

Kalpana Bhusal is a senior reporter in The Press Institute’s Nepal News Desk. She has been an investigative reporter covering issues of social justice and human rights since 2007. 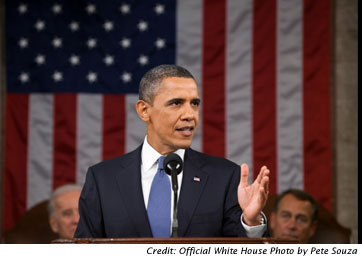