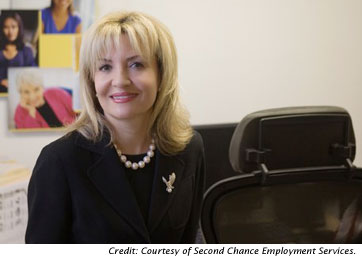 An anti-stalking bill in the Senate Judiciary Committee imposes tougher punishment on offenders and expands the definition of the crime to include online privacy intrusions. But one victim says it lacks a crucial component: employment protection.

(WOMENSENEWS)–A congressional anti-stalking bill that passed the U.S. House of Representatives last summer, now sitting in the Senate Judiciary Committee, has a number of prominent supporters.

One is Erin Andrews, an ESPN sports correspondent whose stalker secretly filmed her getting undressed and then posted videos of her naked on the Internet. Andrews has given congressional testimony and several press conferences on the importance of the bill.

An estimated 3.4 million people were victims of stalking in 2009, according to the Bureau of Justice Statistics.

Andrews’ stalker, Michael Barrett, was sentenced in March 2010 to 30 months in prison. According to media reports, Andrews was angered by what she saw as a lenient sentence.

The bill–Simplifying The Ambiguous Law, Keeping Everyone Reliably Safe, or STALKERS Act–extends the definition of stalking to include cyberstalking. It also lengthens offenders’ prison terms by a maximum of five years when they are in violation of a protection order and when the victim is under 18 or over 65. This would allow for some convicted stalkers to serve up to 10 years in prison.

Some stalking victims say the bill has a crucial weakness: no provision for those whose employment is jeopardized by their stalking complaints.

Dawn V. Martin, an attorney, claims her own victimization by a stalker caused her to lose her post as a Howard University law professor.

"No woman should have to choose between her safety and her job," Martin said in a recent phone interview. "If she isn’t protected under the law, then a woman could choose to keep her victimization a secret from her employer. The result would be endangering herself and her coworkers because she fears losing her job if she speaks up."

Ludy Green, who has worked in human resources for two decades, agrees. She has spent 20 years advocating for the rights of stalking and domestic violence victims in the workplace.

"When a woman is being stalked in the workplace, companies often fire them or don’t renew contracts for fear of putting their other employees in danger or fear of legal action if they don’t provide sufficient protection and someone gets hurt," said Green, founder of Second Chance Employment Services, a Washington, D.C., nonprofit that secures meaningful employment for women who have been victimized by stalking, domestic violence and human trafficking.

"Sometimes employers let women go because they’re not educated in how to deal with these situations and they just want the problem to go away," she said. "But this is something that comes from misunderstanding the situation. The last thing a victim needs is to lose her job."

Martin says Howard University administrators ignored the advice of the Washington, D.C., police to provide her with protection on campus after she reported being pursued by a "serial stalker," one with a history of stalking female law professors on other campuses as well as female lawyers.

The stalking began in November 1997, her second year at Howard.

When the law school decided against renewing her contract the following month–in December–it cited a lack of available positions.

Martin detected a connection to her stalking complaint and in 1999 she sued for sexual harassment, hostile work environment and retaliation for reporting sexual harassment under TitleVII, the Civil Rights Act of 1964, and the Washington, D.C., Human Rights Act.

During legal proceedings it came out that several positions had been open when her contract was not renewed. One concerned equal employment opportunity law, an area of her expertise. The dean of the law school had withheld the vacancies from the Appointments, Tenure and Promotions Committee responsible for reviewing Martin’s contract renewal.

The U.S. District Court for Washington, D.C., issued a precedent-setting decision in her case: that an employer can be held liable for the sexual harassment of an employee by a non-employee if the employer knew of the harassment and failed to take reasonable steps to end it.

In its defense, Howard argued that Martin was not protected under Title VII because her memos characterized her troubles as "stalking" and a "security problem" rather than using the words "sexual harassment."

The same court’s 1999 decision held that a victim needn’t specifically refer to sexual harassment to invoke Title VII, but the judge refused to instruct the jury, which had asked for guidance.

Martin lost the case when the jury determined that stalking did not constitute sexual harassment within the meaning of Title VII.

"If Title VII had included victims of stalking, I would have won my case," said Martin. "Nobody denied I was being stalked on campus."

Both the National Association of Women Lawyers, based in Chicago, and the Washington, D.C.-based National Organization for Women filed briefs in support of Martin’s claims.

Last November, Martin filed an appeal and she is now seeking support from other women’s groups. She thinks it’s more effective to push this through the courts than to amend the bill now pending in the legislature.

Martin also believes Title VII should be amended to include victims of stalking and domestic violence.

She says the language can be taken directly from the New York City Human Rights Law, Title 8, which was amended in January 2001 to prohibit employment discrimination against victims of domestic violence and in December 2003 to include victims of stalking.

"All the federal government has to do is lift the language directly out of the New York City law," said Martin.

Would you like to Send Along a Link of This Story?
https://womensenewsp.wpengine.com/story/crime-policylegislation/110110/stalking-victim-presses-employment-protection

Regina Varolli is a freelance writer and editor based in Manhattan, and the owner of Words by Regina Varolli and Co. She blogs about food on The Huffington Post.

Bureau of Justice Special Report on Stalking Victimization in the U.S.:
http://www.ncvc.org/src/AGP.Net/Components/DocumentViewer/Download.aspxnz?DocumentID=45862 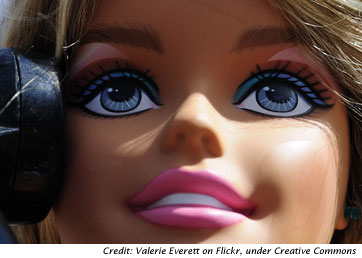 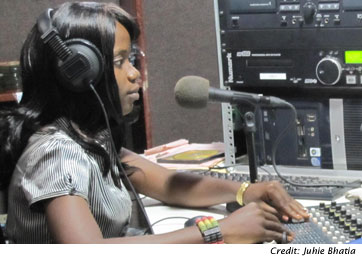