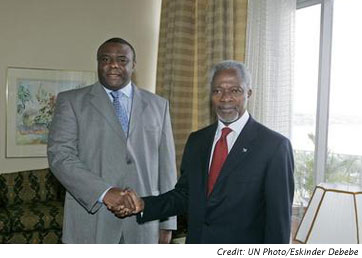 Jean-Pierre Bemba’s trial marks the first time that sexual violence is central to an International Criminal Court case. But so far, few female victims in the Central African Republic are giving testimony and many charges have been dropped.

UNITED NATIONS (WOMENSENEWS)–The prosecution of Jean-Pierre Bemba, which resumes Jan. 11 in The Hague, is expected to continue taking testimony about the sexual violence committed by his troops in the Central African Republic between 2002 and 2003.

The trial marks the first major prosecution of rape as a weapon of war and a fulfillment of years of international legal advocacy for female war victims.

Three of the four witnesses who testified in Bemba’s trial between Nov. 22 and Dec. 6 recounted rapes by Bemba’s Congolese troops.

"Witness 38" described watching a young girl get raped in front of her mother. "Witness 22" described getting gang raped by three soldiers while her family was held captive in another room, according to testimony posted on the monitoring site BembaTrial.org.

But despite the focus on rape, Brigid Inder is worried about aspects of the somewhat showcase trial.

Inder is the executive director of Women’s Initiatives for Gender Justice, a nongovernmental group based in The Hague that looks out for women’s interests in trials at the International Criminal Court, known as the ICC.

So far, her group is troubled by two trial statistics.

No. 1: Forty percent of the charges of sexual violence were dropped before the trial commenced at the end of November because the judge said they were redundant with existing charges.

No. 2: Only 39 percent of the 1,051 victims whose testimonies have been approved in the Bemba trial are female.

"It doesn’t represent a lack of interest by women to participate or to seek justice, nor a diminished desire for accountability," Inder told Women’s eNews in an interview in New York. "The ICC has overlooked the importance of developing good relationships with women leaders in conflict communities."

Arrested in May 2008, Bemba is being charged with war crimes for allowing his troops to murder, pillage and rape in the Central African Republic between 2002 and 2003.

Bemba, vice president of the Democratic Republic of Congo from 2003 to 2006 and leader of the opposition group Movement for the Liberation of Congo, was called in with his rebel group to neighboring Central African Republic by its president, Ange-Felix Patasse, to fight off an attempted coup.

She says the dropped charges of sexual violence and the exclusion of torture charges are minimizing the trauma suffered by Bemba’s alleged victims.

Sexual violence victims from the Central African Republic were frequently raped collectively in public spaces and in front of friends and family as a terror tactic, Goetz said.

Court appearances can be dangerous for victims and witnesses. For that reason, only three victims have appeared before the International Criminal Court since its establishment in 2002.

More than 600 victim applications are still pending in the Bemba case. Approval gives victims the right to participate through written testimony and to potentially receive reparations. It does not require a court appearance.

Two lawyers from the Central African Republic are representing the 1,051 victims, who are categorized by geographic location but not by the nature of human rights abuses, says Inder. 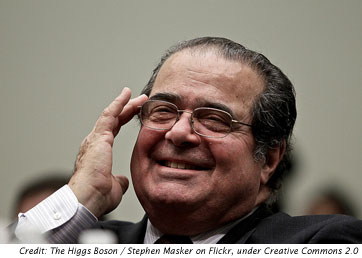