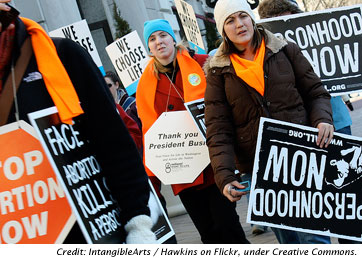 State legislatures look poised for what pro-choice activists grimly call a banner year in bills to limit abortion rights. The first of two stories on anti-choice momentum in the states after the 2010 midterm elections.

(WOMENSENEWS)–Pro-choice advocates are bracing for a tough year in state lawmaking.

"Thanks to the gains by conservatives in the Nov. 6 election, 2011 will be a banner year for anti-choice legislation in the states," predicted Donna Crane, policy director of the Washington-based NARAL Pro-Choice America, the political watchdog of the pro-choice movement for more than 30 years.

Only 34 of the more than 600 anti-abortion bills proposed by state lawmakers in 2010 were approved last year. But that number is set to soar, says Crane, because 15 states now have anti-choice legislatures and governors versus 10 in 2010–and anti-choice politicians made gains throughout the country.

"Other states have experienced significant increases in the number of conservatives who are in key positions in legislatures where they can roll back pro-choice laws that have been on the books for 30 years," she said.

The implementation of the Patient Protection and Affordable Care Act–the landmark health care overhaul that President Obama signed in March–became a battleground for abortion financing last year and has intensified the desire of anti-choice legislators to introduce bills that will make it more difficult for women to finance the procedure at the state level.

By mid-July, when most state legislatures had adjourned for the year, five states had already passed laws prohibiting abortion coverage in the health insurance plans offered by the new state exchanges, which will begin operating in 2014.

"A deluge of similar bills will be introduced when legislatures reconvene this month," Crane said. "Although 1 out of 3 American women has had an abortion by the age of 45, conservatives will argue that abortion coverage is not an essential part of women’s health care and should be excluded. If approved, these bans will have a profound impact on low-income, unemployed and other financially vulnerable women."

The November midterm election has also invigorated the movement to impose burdensome counseling requirements. Eighteen states have enacted such laws. More are expected to do so in 2011 because courts have upheld state laws requiring parental notification or consent and sometimes both.

In five states–Alaska, Kansas, Mississippi, Texas and West Virginia–state counseling materials claim a link between breast cancer and abortion, which researchers have discredited.

Arizona, which has been a leader in introducing these measures, requires both adult women and minors to come to an abortion clinic twice before the procedure. It also requires physicians to tell patients that state services are available to provide financial help, although there are no such funds.

"The combination of Gonzales v. Carhart and abortion being on the national state in D. C. particularly during the health care debate, has emboldened legislators and activists to push harder for more restrictive abortion laws," said Jordan Goldberg, state advocacy counsel for the U.S. legal program of the Center for Reproductive Rights, a New York-based legal advocacy group.

Anti-choice groups are also looking to the states to impose a new standard of so-called viability, or the point at which fetuses can survive outside the womb.

In 1973, the U.S. Supreme Court in the landmark Roe v. Wade decision banned abortion after the fetus could survive outside the womb, typically about 22 weeks after fertilization. The Supreme Court decision has allowed exceptions to save a woman’s life as well as to protect her mental or physical health.

But now anti-choice legislators in Montana are proposing a state constitutional amendment that says life begins when an egg is fertilized. Although a similar effort failed in the 2009 legislature and backers were unable to put the measure on the ballot in November, chances of passage in the state are now considered much higher. Republicans, who traditionally support anti-choice legislation, now have a majority in both the Montana Senate and House, the first time the GOP has controlled both state chambers in eight years.

The midterm election returns are also expected to increase attacks by anti-choice organizations outside the legislature and courthouse.

After Republicans won the governorship and majorities of both houses of the Wisconsin legislature, Wisconsin Pro-Life and the Atlanta-based Radiance Foundation, a black anti-choice group, placed 13 billboards in Milwaukee claiming that Planned Parenthood of Wisconsin was responsible for the high number of abortions among African Americans in the state.

"This campaign is our response to Planned Parenthood, whose 75 years of existence in Wisconsin continues to embrace the racist and eugenic idea that certain human life can be destroyed. And they do it for profit," said Ryan Bomberger, co-founder of the Radiance Foundation in a statement. "Wisconsin is the birthplace of the Republican party founded solely to abolish the inhumanity and destruction of slavery. We hope that something will stir Wisconsinites to see, regardless of political party, that liberation and justice are part of their historical DNA."

"These groups are using racism to interfere with a woman’s ability to access health care," she said in a phone interview. "Racial disparities in abortion rates occur not because of a conspiracy but because many people lack access to adequate and affordable health care, including birth control. That’s why we are going to work harder than ever in 2011 to provide health care for the more than 73,000 people who use our services every year."

Would you like to Send Along a Link of This Story?
https://womensenewsp.wpengine.com/story/reproductive-health/110113/anti-abortion-state-legislators-rise-in-power 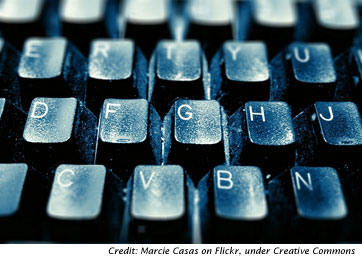