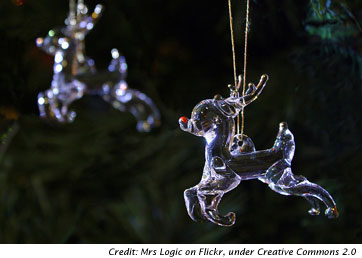 Women are off the U.S. diplomatic map. A look at 200 WikiLeaks cables finds no mention of our rights or struggles, says Corinna Barnard, and a recent check of the State Department’s Council on Women and Girls site found a top story about romping reindeer.

(WOMENSENEWS)–So far, a small sampling of those 251,287 U.S. diplomatic cables from WikiLeaks suggests the irrelevance of women’s rights to the real business of U.S. state craft.

At our behest, a Women’s eNews reporter last week researched dispatches from more than 40 countries. She looked at cables from developed countries such Italy; struggling countries like Yemen. She paid special attention to the Middle East because of military conflicts there and social tensions over traditional family practices. She read cables about China and India, our economic competitors.

She sent us a memo saying she found nothing about political participation of women, their role in civil society or efforts to empower women and facilitate access to justice.

On Thursday, she alerted us that the Guardian had a story about some of the cables revealing that Pfizer, the world’s largest pharmaceutical company, hired investigators to unearth evidence of corruption against the Nigerian attorney general so that they could persuade him to drop legal action of a controversial drug trial involving children with meningitis.

But she’s still trying to find where women enter the picture.

She worked with a list of stories that Women’s eNews had produced about women’s rights in Afghanistan, Iraq, Iran, Saudi Arabia and other hot spots to determine whether U.S. diplomats were addressing these issues in any way.

"I found nothing about poverty and women, reproductive rights, etc.," she e-mailed us.

Checking in With State

After reading the memo I checked out the State Department Web site and spotted a photo of Secretary of State Hillary Clinton bestowing an Eleanor Roosevelt award on someone.

I entered the word "women" in a keyword search and found a number of interesting studies and projects.

The Middle East Partnership Initiative, for instance, is working with Bahraini women "to help them advocate for their own causes and to be better prepared to contribute in all sectors of society."

But when I went to the department’s internal page for its Council on Women and Girls I was astonished to find a top article with the headline "A Reindeer Romp to Remember."

It’s bad enough that the classified analyses by diplomats at 250 U.S. embassies treat women as a non-entity. But romping reindeer on a diplomatic piece of turf reserved for just us?

Our researcher’s memo mentioned dozens of cables from embassies in Israel, Saudi Arabia, Bahrain, the Emirates and Egypt reporting that leaders in these countries wanted the U.S. to strike Iran to stop the country’s nuclear programs. But she found no mention of the lack of food, medical care or education in Iran and other Middle Eastern countries.

She said she was most disturbed not to find any mention of the women and children killed in drone attacks in Pakistan and other places.

I realize that these cables, by their nature, are about crisis, danger and international discord and that women’s issues often concern a country’s internal courts and its own customs and traditions.

Nonetheless, it would have been nice to find indications that that U.S. diplomacy is driven by the keen awareness of the big post-Sept. 11 idea: That extremist people are created by conditions that leave them with nothing left to lose.

Women’s eNews has an Arabic-language site and we are committed to the basic notion that when women’s conditions are taken seriously, the world has a chance to become more civilized and safer.

As we read more of the WikiLeaks documents–there are thousands still to go–we hope to find that at least some of our foreign-affairs representatives share this view.

Would you like to Send Along a Link of This Story?
https://womensenewsp.wpengine.com/story/the-nation/101210/wiki-cables-give-women-the-reindeer-treatment

2 responses to “Wiki Cables Give Women the Reindeer Treatment” 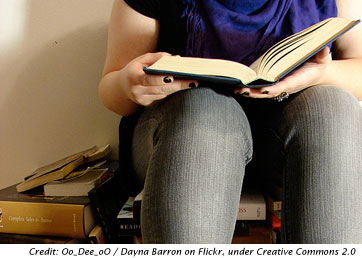