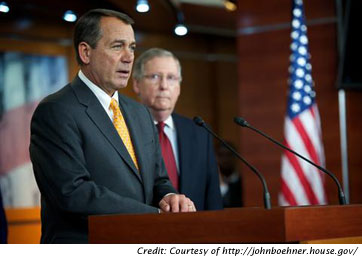 House Speaker John Boehner of Ohio personifies the battles over reproductive health care rights at home and abroad that pro-choice advocates see lying ahead in the 112th Congress, which starts in January.

(WOMENSENEWS)–As pro-choice advocates look ahead to the start of the 112th Congress in January, the view is dominated by House Speaker John Boehner of Ohio.

In addition to pushing for a complete ban on abortion coverage in the new health exchanges associated with health reform, the self-described champion of "Stupak on Steroids" would impose a tax on Americans with private insurance plans that include abortion coverage.

Eighty-seven percent of private plans currently include abortion coverage, so the bill would have a profound impact, said Donna Crane, policy director of NARAL Pro-Choice America, the Washington-based political watchdog of the pro-choice movement for over 30 years.

"Boehner’s plans to erode a woman’s right to choice are no secret," Crane said. "Since entering the House in 1990, Boehner has cast 142 votes on abortion and other reproductive rights issues–all anti-choice."

Crane said the most important lesson of the midterm election is that the pro-choice movement must work harder than ever.

"In addition to legislation, committee appointments will be important," she said. "That’s why NARAL Pro-Choice America opposes Boehner’s plan to appoint Pennsylvania Republican Rep. Joe Pitts, who co-authored the Stupak-Pitts amendment, to the health subcommittee of the Energy and Commerce Committee, which has jurisdiction over health care reform and family planning services."

Crane said Boehner’s anti-choice agenda emphasizes arguments to attract support among Republicans who were elected in November by voters who are concerned about economic issues.

She also said more than 22,000 people have signed NARAL Pro-Choice America’s online petition objecting to Boehner’s "ideological extreme agenda," which includes everything from reinstituting abstinence-only programs of sex education to repealing the health reform law that will give millions of women access to birth control and prenatal care.

"Another 5,500 people who saw our ads on Google and Facebook contacted us, because they are concerned about Boehner’s co-sponsorship of the dangerous ‘Stupak on Steroids’ bill, which is even worse than the original Stupak amendment that was defeated in the debate on the Affordable Health Care for America Act," said Crane in a telephone interview.

It prevented any government-run plan from offering abortion coverage, even if women pay for the service with their own premiums.

It prohibited participants in a proposed health insurance exchange from receiving abortion coverage if they also receive government subsides available to low- and moderate-income earners.

It required private insurance companies in the exchange to only provide abortion as supplementary coverage. The practical aim of the amendment was a "new norm of exclusion" for abortion coverage, found an analysis by George Washington University’s School of Public Health.

Emily’s List, the Washington-based political action committee that raises money to elect pro-choice female Democrats, predicts that Boehner’s lieutenants will fight hard to convince the 242 Republicans in the House to pass other measures to make it harder for low-income women to obtain family planning services and for female troops to receive abortion services at military hospitals.

"The GOP may be pleased as punch about the new Boy’s Club leadership team, but Boehner’s good old boys are up to no good when it comes to representing women," said Stephanie Schriock, president of Emily’s List. "In addition to opposing pro-choice measures, Boehner and the three top Republican leaders in the House oppose the Lily Ledbetter Fair Pay Act to prevent wage discrimination."

Kevin McCarthy of California, the majority whip and the No. 3 Republican, wants a blanket ban on abortion with no exceptions. All are close allies of Boehner.

Boehner not only opposes abortion coverage, he also wants the health care reform bill thrown out so that Republicans can start over and impose new restrictions on coverage for reproductive services.

On Nov. 16–the day before Republicans unanimously named him their leader in the House–Boehner filed a brief supporting a lawsuit filed by 20 state attorney generals and the National Federation of Independent Business, known as the NFLB, seeking to overturn the health care act because it requires everyone to purchase health insurance.

"I’m proud to stand with these states and the NFLB (the largest association of small businesses) on behalf of American workers in the revolt against the job-killing health care law," Boehner’s brief said.

"By emphasizing economic concerns, Boehner is trying to obtain the support of House Republicans who won on a platform of increasing jobs and shrinking government," said Crane. "But Boehner’s strategy will fail; the public will soon realize that his true objective is to make government small enough to fit inside our bedrooms and medicine cabinets."

Pro-choice advocates will be looking to Sen. Barbara Boxer and Rep. Nancy Pelosi, both Democrats of California, for key help.

Boehner has said that the global gag rule, which restricted U.S. foreign aid to health programs that had any involvement with abortion, even just counseling, should be reinstated because taxpayers shouldn’t support birth control programs. Boxer, who defeated anti-choice challenger Carly Fiorina in a tough race, is expected to lead the opposition to defeat Boehner’s plan to reinstate the rule.

By a vote of 150 to 43, Pelosi was reelected leader of the Democrats in the House Nov. 16, defeating Heath Shuler of North Carolina, one of the few Democrats who voted for the Stupak amendment in 2009 and against the final version of the health care reform bill that lacked the amendment.

Shuler is the leader of the Blue Dog Democrats, a conservative coalition that voted with Republicans in the 111th Congress and lost half its membership in the House. Pelosi’s progressive faction retained most of their seats.

Would you like to Send Along a Link of This Story?
https://womensenewsp.wpengine.com/story/the-nation/101201/boehner-hardens-anti-choice-agenda-in-next-congress 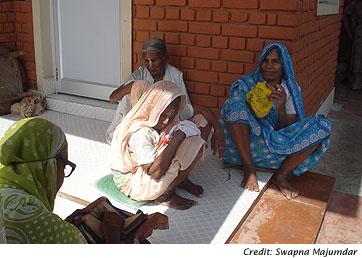 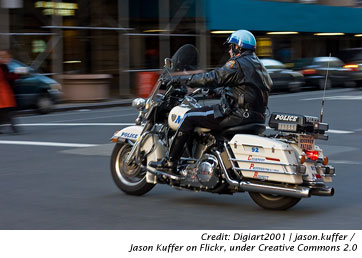