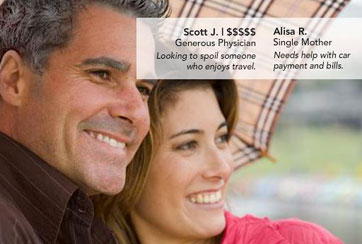 Matchmaking sites for wealthy men and younger women have been multiplying since SugarDaddie.com launched eight years ago. They adopt varying procedures for separating themselves from prostitution sites, which are illegal.

Then, in the next eight years, came numerous other sites to connect wealthy men and attractive, usually younger women, or "sugarbabes."

"Men don’t go into this looking for the missionary position," a 52-year-old man in New York City said, speaking on condition of anonymity. "It’s an opportunity to be indulged … like an extended vacation."

Like the millions of other affluent men using these sites, he is looking for a relationship with a young, attractive woman for whom he can financially provide.

Most sites require men to earn at least $100,000 a year and classify themselves within various income brackets and levels of "financial provider" prowess. A man can check "Will Cover Basic Needs" or "Lavish Lifestyle." There is no income requirement for women.

The sites boast memberships ranging from 1 million to several hundred thousand and all claim to be gaining members steadily.

About 1-in-10 adult Internet users, or 16 million people, have used an online dating service, according to the Internet and American Life Project of the Pew Research Center for the People and the Press, a public opinion research organization in Washington.

While financial "arrangements" are less commonly part of the transaction on general dating sites, they do still exist, said Rich Gosse, executive director of the International Association of Dating Websites. "There’s a lot of illegality going on all over the Internet. Arrangements and even prostitution can happen on any site," he said, pointing to information exchanged in forums on sites such as Craigslist.org.

His and Her Dating Profiles

Outright financial arrangements aside, studies have indicated that, on average, women are more prone to advertise their youth and looks in their dating profiles while men advertise prosperity and class, said Helen Fisher, a biological anthropologist at Rutgers University and chief scientific advisor to Chemistry.com, a division of Match.com. "For millions of years, men have sought young, attractive women while women sought men with resources," she said. "They still bear those predispositions. It’s Darwinian logic."

Fisher says the sites–in and of themselves–are harmless. "They are no different than trying to sell people chocolate chip cookies. We have a natural sweet tooth and these sites are providing for two basic human desires."

The 52-year old New Yorker who belongs to one of the sites denied any element of prostitution in his arrangements, saying a "genuine friendship" has to exist in order for them to work. However, he feels being in public with an 18-year-old girl is considered socially unacceptable, which makes the sexual nature of the relationship primary.

"She (a former companion) had to have a clear understanding that she needed to make herself available at my whim to do what I wanted," he said. "When she asked for a certain amount of money, she had to earn it sexually. I was providing her with a minimum of $3,000 per month, including an occasional trip to the Caribbean. Twice I gave her $5,000, which she really earned."

Some members are looking for less explicit arrangements, casual dating, and relationships.

Section 230 of the Communications Decency Act holds that Web sites are not liable for information posted there by third parties, clearing these sites of legal responsibility, according to the Electronic Frontier Foundation, a digital civil liberties group based in San Francisco.

The sites mentioned in this article include a disclosure statement against prostitution saying inappropriate profiles will be deleted.

SugarDaddie.com, which claims 1 million users, bars nude photos. It also prohibits the use of the terms "money slave," "mistress," or "goddess," as well as any promotion of a sexual fetish. Any profiles containing references to a "maintenance agreement" or "financial arrangement" are deleted, said Steve Pasternak, founder and owner, in a recent phone interview.

The rules are looser, however, on SugarDaddieForMe.com, where the profiles of female members can include topless photos and references such as "sex slaves" and "master."

Most sites moderate "decency" levels. Some provide extensive identity and background checks of male and female members. WealthyMen.com, for example, allows users to verify job, income, and photographs through faxed tax returns, bank statements and photo IDs. Many sites, however, do not post pictures or identifying information.

Would you like to Send Along a Link of This Story?
https://womensenewsp.wpengine.com/story/media-stories/101117/sugar-daddy-sites-push-line 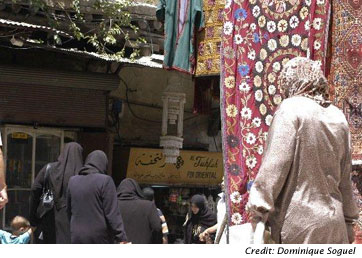