Caryl Rivers and Rosalind C. Barnett applaud a Boston school administrator’s decision to back off single-sex education. Too many of these schools, they argue, are based on spurious ideas about boy-girl brain differences that reinforce stereotypes.

(WOMENSENEWS)–Boston school superintendent Carol Johnson has decided to back away from an earlier decision to set up single-sex academies in the city’s schools.

She is taking flak in some quarters, but she should be applauded for taking time to evaluate the data before rushing headlong into a popular but flawed approach to education. (Legal issues in Massachusetts also were a factor in her decision.) More educators around the U.S. should follow her lead.

Single-sex schools are often touted as a magic bullet for what ails American public education. It’s claimed that boys and girls learn very differently–because their brains are so different–and that gender- segregated classrooms are necessary.

At a time of tight budgets, it is a particularly appealing notion to close gaps in math, science and verbal achievement by simply segregating classrooms by gender versus proven but expensive methods like smaller classrooms, better teachers and high parent involvement.

The number of single-sex classrooms in public schools rose to 540 in 2009 from 11 in 2002, according to the Web site of the National Association for Single Sex Public Education. Teachers, parents and school administrators are the targets of a well- financed effort to segregate public education by sex.

It’s argued that great differences in male and female brains mean that children should be educated–and parented– differently. Such claims–stemming from studies that distort the discussion in various ways– are taught as fact in psychology textbooks, academic journals and bestselling books and repeated often by the news media.

But new research strongly undermines this argument. Three authoritative recent books–two this year and one in 2009–look at the science and come up with the same conclusion: the Mars and Venus idea about male female brains is bunk.

"Delusions of Gender" (2010) by Cordelia Fine, a Ph.D. in cognitive neuroscience and research fellow at the University of Melbourne, finds myths dressed up as science and propagating dangerous new conventional wisdom.

"Yet despite this, the idea of hardwired sex differences is very confidently presented as ‘fact’ by many popular writers. Unfortunately, claims about ‘hardwired’ sex differences may be a particularly effective way of reinforcing the gender stereotypes that influence us in self-fulfilling ways."

"Brainstorm" (2010) is by Rebecca M. Jordan-Young, a sociomedical scientist and an assistant professor of women’s studies at Barnard College, Columbia University. She looks askance at the idea that hormones create brains in pink and blue, affecting everything from our math aptitude to our ability to take risks.

"The evidence for hormonal sex differentiation of the human brain better resembles a hodge-podge pile than a solid structure…Once we have cleared the rubble, we can begin to build newer, more scientific stories about human development."

These two books follow "Pink Brain, Blue Brain" (2009) by Lise Eliot, a neuroscientist at the Rosalind Franklin University of Medicine and Science at the Chicago Medical School. She examined the vast peer-reviewed literature on gender differences in children from infants to high schoolers, expecting to find what the conventional wisdom said. The data told a very different story. "What I found, after an exhaustive search, was surprisingly little solid evidence of sex differences in children’s brains."

She debunks, for example, the notion of a much larger corpus callosum in women and girls that bestows superior relationship abilities. (The corpus callosum, or the CC, is the bundle of nerve fibers connecting the left and right brain hemispheres.) In fact, peer-reviewed research finds no size difference in the corpus callosum between the sexes.

Despite this mountain of evidence, the campaign for segregating public schools by gender is unrelenting. The drumbeat is led by Leonard Sax, founder of the National Association for Single Sex Public Education and by best- selling author Michael Gurian ("The Wonder of Boys") who heads the Gurian Institute. They keep aggressively promoting the "science" that supposedly calls for separating boys and girls. They are media darlings, endlessly quoted in news stories.

Lise Eliot calls many of their claims pseudoscience.

Mark Liberman, professor of linguistics and computer science at the University of Pennsylvania, writes: "Leonard Sax has no serious interest in the science of sex differences. He’s a politician, making a political argument. For all I know, his political goal–single-sex education–might be a good thing. But he should stop pretending that he’s got science on his side, or else he should start paying some minimal attention to what the science actually says."

And large scale studies of single sex and co-ed classrooms indicate that neither type of classroom is superior in terms of academic achievement.

Lise Eliot argues that the danger of exaggerating the biological differences between the sexes is enormous: "Kids rise or fall according to what we believe about them, and the more we dwell on the differences between boys and girls, the likelier such stereotypes are to crystallize into children’s self-perceptions and self-fulfilling prophecies."

But we continue to believe that girls can’t do math and that boys’ verbal abilities are innately deficient–neither of which is true.

So kudos to Boston Superintendent Johnson for resisting the easy temptation to go with popular–but very unscientific–school policies. Maybe she’s started a parade for that many educators will join.

Would you like to Send Along a Link of This Story?
https://womensenewsp.wpengine.com/story/media-stories/101119/single-sex-ed-based-baloney-science

Caryl Rivers is a professor of Journalism at Boston University. Rosalind C. Barnett is senior scientist at the Women’s Studies Research Center at Brandeis. They are authors of the forthcoming book "The Truth about Girls and Boys: Confronting Toxic Stereotypes About Our Children." (Columbia University Press.)

4 responses to “Single-Sex Ed Based on Baloney Science” 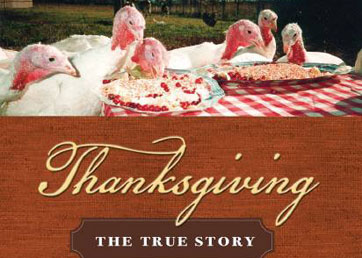 Give Thanks and Please Pass the Potato Fudge