Terri Sewell also broke ground as the first African American woman in Alabama elected to the U.S. Congress. "I’m very encouraged," she said in a Nov. 4 conference call. "In Alabama, a very southern state, we have two women where we had none before." Alabama is currently represented in the House by seven men.

In Colorado, Amendment 62, the so-called "personhood" amendment, went down to defeat by a large margin, RH Reality Check reported Nov. 3. It would have outlawed abortion at every stage of gestation, as well as all forms of hormonal contraception. The amendment would have also made it difficult, if not impossible, for pregnant women to receive medical treatment if there was any chance of harming the pregnancy.

This election cycle may mark the first downturn of women’s representation–or lack of growth–in 28 years, according to Debbie Walsh, director of the Center for American Women in Politics at Rutgers University in New Brunswick, N.J. Currently, women hold 17 of 100 seats in the Senate and 73 of 435 seats in the House of Representatives. Following this election, women now have 16 secure Senates seats with incumbent Sen. Lisa Murkowski’s election yet undetermined. Women have 69 House seats secured with five elections not yet called, though one candidate, Arizona Republican challenger Ruth McClung, is projected to lose.

Democratic women in Congress experienced significant defeats. All losing female incumbents in Congress, nine in the House and one in the Senate, were Democrats.

In addition, because of the change of the House leadership, Rep. Nancy Pelosi will lose her post as Speaker of the House, which had made her the highest-ranking elected woman in U.S. history.

Media attention was not kind to female candidates this election cycle, experts said in a Women’s Campaign Forum teleconference Nov. 4. Jennifer Lawless, director of American University’s Women and Politics Institute, based in Washington, D.C., said that in a year that saw gains by Republican women, the media focused on losing and fringe candidates, which could create the perception that female candidates are liabilities. Failed Virginia congressional candidate Krystal Ball talked about sexy photos taken of her and her ex-husband at a party that became widely circulated. "I became the third most Googled in the world," said Ball.

Losses in the U.S. Senate –

The Center for American Women and Politics has a full list of women candidates and their current status.

Would you like to Send Along a Link of This Story?
https://womensenewsp.wpengine.com/story/cheers-and-jeers/101105/election-victories-no-increase-in-elected-women

3 responses to “Election Victories: No Increase in Elected Women” 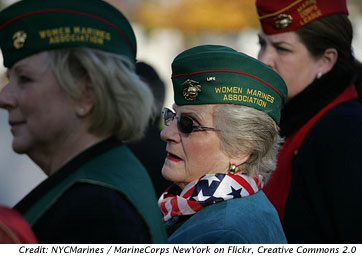