The United States pledged to commit nearly $44 million to the empowerment of women in conflict zones on Oct. 26 at the United Nations headquarters in New York, where more than 80 country representatives promised to step up national progress on implementing U.N. Security Council Resolution 1325.

The women, peace and security resolution, 1325, turns 10 this week, but only 22 of the 192 countries that adopted it in 2000 have followed up with national action plans aimed at increasing the number of women in the military, police and parliament, as well as in conflict and post-conflict mediations.

The U.S. was among a host of countries to adopt its own national action plan, as Secretary of State Hillary Clinton pledged $17 million to support civil society groups that focus on women in Afghanistan, $11 million to U.N. activities focused on job training, literacy and maternal health services for refugee women and $14 million to making clean water available in conflict zones. An additional $1.7 million will be funding other U.N. activities, including the office of Margot Wallstrom, the U.N. special representative on sexual violence in conflict zones.

The U.S. action plan will mandate a more gender-sensitive approach when training foreign armies or moderating ceasefire agreements, for example. It will also include a set of indicators that will measure prevalence and patterns of sexual violence, as well as women’s participation in political bodies and talks. The Security Council was set to approve these same indicators, which Secretary-General Ban Ki-moon introduced in April, at the end of the Oct. 26 session.

But individual country commitments and funding pledges to 1325 aren’t enough to grant women a fair stake at the decision-making table, says Ambassador Anwar Chowdhury, who initially introduced 1325 to the Security Council while serving as Bangladesh’s envoy to the U.N.

"Pledges are welcome, but I don’t think they are that meaningful in terms of real commitments from the governments," Chowdhury said. "We should encourage them but then see if they are strong enough. The secretary-general has to take the lead. The U.N. has big credibility in the developing countries and when you have 50 percent of these action plans from industrialized countries, what does that mean?"

At least 30 women were kept as prisoners in a dungeon-like structure and gang raped over several weeks at the border with the Democratic Republic of Congo, the United Nations Office for the Coordination of Humanitarian Affairs said Oct. 26, the Associated Press reported. The women were among more than 150 Congolese citizens who had arrived in Bandundu Province in southwestern Democratic Republic of Congo after being expelled from neighboring Angola. An agency spokesperson said the men in the group were also brutalized.

The U.S. State Department has addressed Angola and said the country should investigate the alleged rapes, reported the BBC Oct. 29. Correspondents say it is the first time the international community has spoken out about the expulsions, which have often been abrupt, violent and have affected hundreds of thousands of people in recent years. Angola denies knowledge of the expulsions, but BBC’s former Angola correspondent, Louise Redvers, says there is a strong campaign in the state media against illegal immigrants, reported the article.

Would you like to Send Along a Link of This Story?
https://womensenewsp.wpengine.com/story/cheers-and-jeers/101029/us-ups-post-war-funds-expelled-congolese-raped 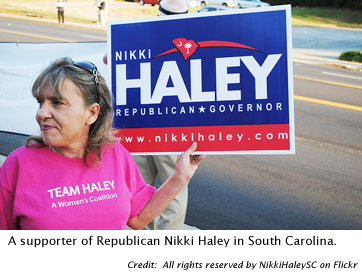 The I.R.S Says No Tax Break For Breastfeeding Moms. Acne Sufferers Get OK.