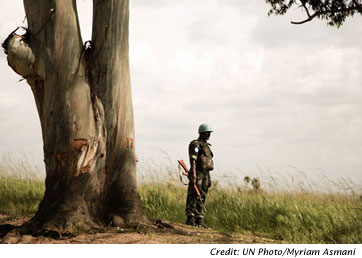 Wallstrom, the U.N.’s point person on sexual violence in conflict, returned last week from the scene of a mass rape attack in the Democratic Republic of Congo. She is determined to launch a new type of sexual-violence training for peacekeepers.

UNITED NATIONS (WOMENSENEWS)–Margot Wallstrom, the U.N. special representative on sexual violence in conflict, returned last week from the scene of a recent mass rape attack in the Democratic Republic of Congo sounding resolved to change the way U.N. peacekeepers are trained.

Following the attacks, U.N. authorities have faulted peacekeepers for not investigating warning signs, such as village roadways that perpetrators had blocked off to entrap the victims and prevent peacekeepers from reaching them.

To avoid repeating such errors, Wallstrom said in a recent interview that next year the U.N. will start providing something called scenario-based training on sexual violence for U.N. peacekeepers.

The practice, now being developed, is designed to prepare thousands of peacekeepers in police units for the increasing use of sexual violence as a tactic of war. The peacekeepers will participate in full-fledged role playing, responding to actors playing the part of victims of sexual or gender-based violence.

They may also be taught how to intervene in dangerous situations, how to talk to victims and make them feel safe and to know where the nearest medical clinic is, says Lee Woodyear, a U.N. Department of Peacekeeping spokesperson.

Peacekeepers presently undergo this kind of re-intervention training for handling hostages and mines.

"We are working on this now and using a consultant to see what are the best kinds of practices and how they can be applied on the ground," Wallstrom told Women’s eNews in a brief interview following a Security Council briefing. "What does this mean for a peacekeeper from Pakistan that is sent to Walikale and how are they supposed to interact with the local population, what are they supposed to do?"

Walikale is the remote region of North Kivu province, bordering on Rwanda, where upwards of 500 women were raped—some repeatedly–between July 31 and Aug. 2.

In her visit to the area from Sept. 27-Oct. 6–her second trip to the country in six months–Wallstrom observed a string of small villages that were still deserted.

In an Oct. 15 briefing to the U.N. Security Council, Wallstrom called the empty villages a testament to the lasting terror of this attack.

"Families prefer to sleep in the forest since they don’t feel safe in their own homes," she said.

While the scenario initiative that Wallstrom is supporting is new, plans for providing peacekeepers with scenario training in sexual violence have been developing for the past two years, long before Secretary-General Ban Ki-moon appointed her in February.

Erin Weir, senior advocate for peacekeeping of Refugees International, a Washington- based advocacy group for displacement crises, said that well before Wallstrom’s appointment it had become clear that peacekeepers lacked a clear doctrine for providing vulnerable communities with effective protection.

"Within the past year or so, there’s been a lot of discussion within think tanks about scenario-based training and the need for that," she said.

In her briefing, Wallstrom highlighted two recent arrests of rebel leaders implicated in the mass rapes.

She also appealed to European countries and other U.N. member states to enact legislation similar to a recently passed U.S. law that requires companies to disclose whether their products contain minerals sourced from the Democratic Republic of Congo and other conflict regions.

Better tracking of the source of minerals is expected to reduce rebel activity and gangland competition for control of mines associated with the persistent problem of mass rapes in the region. In 2009, 15,000 Congolese women are estimated to have been raped in the troubled mining region, which produces diamonds, gold, copper and coltan, essential for making cell phones, DVD players, video game systems and computers.

In addition to the Democratic Republic of Congo, Wallstrom has visited Liberia in recent months. She is soon expected to highlight sexual violence in countries outside of Africa and is considering special projects focused on Bosnia, Nepal, Colombia and Timor-Leste.

Would you like to Send Along a Link of This Story?
https://womensenewsp.wpengine.com/story/peace/101021/un-steps-rape-training-congo-peacekeepers 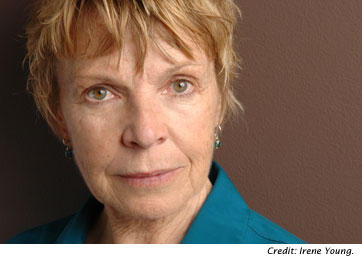