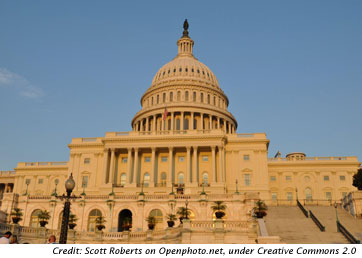 Women’s numbers in the U.S. Senate are unlikely to budge much from the current 17. What could change is party composition as Democratic women who thundered into office in 1992 face a tough year for incumbency.

(WOMENSENEWS)– Women have a chance to nudge up their numbers in the U.S. Senate in November, but it’s not a year to expect any great gains. A decline is quite possible.

A looming question of these midterm 2010 elections is the extent to which female senators–now numbering 13 Democrats and four Republicans–will shift to the GOP side of the aisle.

Of the Senate’s 17 female members, six are up for re-election. One of these races won’t affect the female headcount because the race is between two women.

Eight women, meanwhile, are running either as challengers or for open seats against male rivals.

Those figures create the possibility for women’s numbers to decline by as many as five or rise by as many as seven. With women’s overall numbers currently low, just a few races could swing the results either way.

As the following quick look at the 14 races involving female candidates indicates, the elections are more likely to shuffle the partisan deck than drastically change the totals.

The One Two-Woman Race

Republicans are hoping to take this traditionally Democratic seat with help from an anti-incumbent national mood and Fiorina’s deep campaign pockets. The New York Times reported $5.5 million of Fiorina’s own savings went into her primary win. Endorsed by Sarah Palin, she opposes abortion rights and same-sex marriage.

Boxer was elected alongside three other Democratic women in 1992, the so-called Year of the Women for the big boost that election gave to female lawmakers. Boxer is a steadfast supporter of reproductive rights and health care reform. She authored the original Violence Against Women Act as a member of the House of Representatives. Click here for latest polling data.

Reid has attacked Angle for being weak on a number of issues to which female voters could be sensitive: domestic violence and mandated health care coverage, including covering maternity leave and mammograms. Angle’s anti-choice stance is unmoving. In one radio interview she said that rape victims should avoid abortion and turn "a lemon situation into lemonade" and that "two wrongs don’t make a right."

Recently, a rival running against Angle under the Tea Party name, Scott Ashijan, has released an embarrassing tape of Angle criticizing the Republican Party and doubting her own chances of winning. Conservative groups are making a big push for Angle with $350,000 worth of ads in Nevada, The New York Times reports.

Angle is viewed unfavorably by 64 percent of women in the state, according to The Nation. But Reid’s polling lead is razor thin. Click here for latest polling data.

Christine O’Donnell (R), Delaware: This Tea Party upstart has rapidly developed name and face recognition after a stunning primary victory that caught the Republican mainstream off-guard and drew heavy media attention. However, her opponent Mike Coons has kept a steady lead in the polls.

Linda McMahon (R), Connecticut: The former pro-wrestling tycoon is in a tense, nationally watched race with Attorney General Richard Blumenthal for this seat vacated by long-serving Democrat Chris Dodd. The two candidates squared off in the first of the season’s televised national debates on Oct. 4. Among other things, they argued about the minimum wage, with Blumenthal claiming McMahon has signaled a willingness to lower it and McMahon calling that "a lie." She runs on her merits as a fiscally conservative businesswoman and a social moderate who is pro-choice and supports gay rights. Click here for latest polling data.

Robin Carnahan (D), Missouri: The Missouri Secretary of State is in a tough race for an open seat against Rep. Roy Blunt, who is under attack for his ties to D.C. as a House member and his fierce defense of earmarks, home-state spending provisions that lawmakers add to larger bills. Carnahan, who favors doing away with earmarks altogether, faces strong anti-Obama sentiment in her state and has been trailing in recent polls. Click here for latest polling data.

Kelly Ayotte (R), New Hampshire: Another one of Palin’s "mama grizzlies," Ayotte is running for an open seat with a fairly strong lead against Rep. Paul Hodes. She is a classic fiscal and social conservative in a swing state that may be leaning toward the GOP again. Click here for latest polling data.

Sen. Blanche Lincoln (D), Arkansas: Appears likely to lose a seat that has been Democratic for over a century to Republican John Boozman. She is polling near record-lows for an incumbent, according to Real Clear Politics.

Lincoln narrowly won her primary after her opposition to the public option for health care alienated many Democrats. But an endorsement from former President Bill Clinton and her strong record on the Agriculture Committee in this rural state put her over the edge.

Boozman has attacked her as a Washington insider who supported the Troubled Asset Relief Program to assist failing banks, which earned her the nickname "Bailout Blanche."

In 1998, Lincoln was the youngest woman ever elected to the Senate at age 38. She was the first senator from Arkansas to chair the Agriculture Committee, a role she has claimed essential for economic opportunity and job creation in a state where unemployment is 7.4 percent, or over 100,000 residents. Click here for latest polling data.

Sen. Patty Murray (D), Washington: Came into office in 1992 as part of that year’s bumper crop of women. She originally ran as a woman of the people, a "mom in tennis shoes," and has a consistently voted for reproductive rights. Since her first upset victory, she has been easily re-elected. But anti-establishment voter sentiment is working against her, and she is running in a close race against Dino Rossi, a two-time unsuccessful GOP candidate for governor. Click here for latest polling data.

Sen. Lisa Murkowski (R), Alaska: Running as a write-in candidate after her loss in the primary to Joe Miller, who was endorsed by Palin. Murkowski was originally appointed to the Senate seat vacated by her father, Frank Murkowski, after he was elected governor. She was re-elected in 2004. Miller is holding a slight polling edge, according to a CNN/Time poll, but it may be difficult to accurately gauge a write-in candidate. An early write-in campaign ad for Murkowski that misspelled her name shows one of the many challenges she is facing. Click here for latest polling data.

Sen. Kirsten Gillibrand (D), New York: Once considered a shoo-in, opponent Joe DioGuardi appears to be closing the gap. Gillibrand is running for re-election after Gov. David Paterson appointed her to fill Hillary Clinton’s seat in 2009.

DioGuardi, a certified public accountant and former congressman, has been attacking Gillibrand for her contribution to overspending and increasing the national debt. While DioGuardi is still relatively unknown, Gillibrand contends with anti-incumbent sentiment faced by many Democrats. Click here for latest polling data.

Lisa Johnston, a Kansas Democrat, is running in a heavily Republican state against Rep. Jerry Moran. She’s only raised $10,627 to her opponent’s $2.7 million, according to the Federal Election Commission.

Would you like to Send Along a Link of This Story?
https://womensenewsp.wpengine.com/story/campaign-trail/101007/senate-races-could-shift-womens-party-lines 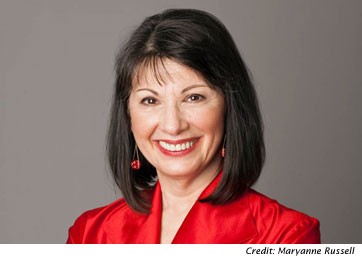