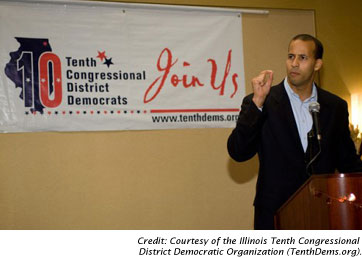 Planned Parenthood has endorsed Democrat Dan Seals in the U.S. congressional race for the 10th District of Illinois, one of the few races in the country where longtime GOP dominance could give way.

(WOMENSENEWS)–Planned Parenthood, the country’s leading provider of reproductive health services, is targeting the 10th District of Illinois as one of the most important congressional races in the country for reproductive rights.

The district, in President Barack Obama’s political stomping ground, is considered strategically important for Democrats, the party with stronger support for reproductive rights.

The contest between Democrat Dan Seals and Republican Robert Dold is one of the few where the besieged majority party in Congress could break longtime Republican control. The GOP incumbent Mark Kirk is vying for the Senate seat once held by Obama. The last time a Democrat represented the district was in 1975 when Abner Mikva, a friend and advisor to Obama, held the seat.

With the district in this kind of spotlight, Seals’ endorsement by both Planned Parenthood and NARAL Pro-Choice America spotlights what it takes for a candidate to win pro-choice favor and censure.

One demerit: Dold’s support for laws that require health authorities to notify parents before performing abortions on underage women. Putting a parent between a woman and her physician is dangerous, the groups say, because it can lead to beatings or worse forms of reprisal for a secret pregnancy.

Another big demerit: Dold’s opposition to federal assistance for abortion. The right to choose is meaningless, they argue, without the means to choose.

Medicaid financing has been an issue in Illinois since 1976 when Republican Rep. Henry Hyde championed an annual rider to the U.S. Department of Health and Human Services’ budget that blocks federal funds from covering abortion. The rider was the first effort by anti-choice groups to limit Roe v. Wade, the 1973 Supreme Court decision that legalized abortion.

Dold also weakened his pro-choice credentials by accepting a "recommendation" from the Illinois Federation for Right to Life in the February primary for his support of some abortion restrictions. The anti-choice group, however, withheld the outright endorsement it gave to 16 congressional candidates during that primary.

A 41-year-old lawyer who owns the oldest pest-exterminating company in the United States, Dold contends that his positions are consistent with those of Kirk, the outgoing seat-holder. Kirk received a 100 percent pro-choice rating from NARAL Pro-Choice America during his five terms.

Kirk, however, incurred the group’s ire in 2009 when he voted for the Stupak Pitts amendment, which would have banned all coverage of abortion in insurance plans offered by the health insurance exchanges created as part of the health care overhaul.

Seals, a 39-year-old business consultant, challenged Kirk in 2006 and 2008 but lost both elections by slim margins.

Democrats believe they have a better chance this time because Dold has never run for political office and Seals is better known after his earlier campaigns.

Seals also has a deeper campaign chest. During the first quarter of 2010, Seals raised $634,076 or 31 percent more than Dold, according to the Washington-based Center for Responsive Politics, a nonprofit tracker of political campaign funds. The first-quarter figure broke records for the district.

The National Democratic Party was so impressed that it tapped Seals to be one of 29 congressional candidates to receive support from the Red to Blue campaign, which provides extra funding and grassroots and strategic support in the mid-term elections to Democrats it believes can offset losses in other states.

Planned Parenthood and NARAL Pro-Choice America also have endorsed Seals, citing the Democrat’s strong opposition to a constitutional ban on abortion, which is favored by many Republicans.

The endorsements are expected to help him in the district, which runs along the coast of Lake Michigan from Winnetka to Waukegan. NARAL Pro-Choice America, which has 98,000 members in Illinois, has strong support in Winnetka and other affluent suburbs.

A former aide to Sen. Joe Lieberman during the Connecticut senator’s years as a Democrat, Seals is also close to Rahm Emanuel, Obama’s former chief of staff who is running for mayor of Chicago.

Emanuel and Michelle Obama each held fundraisers for Seals during his previous campaigns. Obama carried the district with 60 percent of the vote in 2008.

If elected, Seals would become the first African American to hold the seat.

Seals is the son of George Seals, who played guard for the Chicago Bears football team and Cecilia Seals, a social worker. Both parents are of mixed race and consider themselves to be African Americans. The 2000 U.S. Census showed that 5.4 percent of the residents of the 10th Congressional District were African American, 12.5 percent Hispanic and 5.9 percent Asian.

senior citizens, 56.9 percent of whom are women.

Both oppose any increase to the amount of income that can be taxed for Social Security; one strategy to ensure the solvency of the program.

Seals supports cutting Social Security payments to wealthier seniors because "they are less in need of benefits."

Dold opposes that. Instead he favors raising the retirement age over the coming decades.

Dold also would allow workers younger than 55 to divert a percentage of Social Security taxes to individual retirement accounts, something Seals opposes.

Some observers have warned that this might be the last chance for Seals to win the seat. The 10th District may be eliminated in redistricting efforts if the 2010 federal Census requires Illinois to forfeit another congressional seat due to declining population. If so, some parts of the district would be given to Democratic Rep. Jan Schakowsky in the 8th District; others to Democratic Rep. Melissa Bean in the 9th District, both of whom are strongly pro-choice.

Would you like to Send Along a Link of This Story?
https://womensenewsp.wpengine.com/story/campaign-trail/101014/red-blue-campaign-colors-illinois-house-race 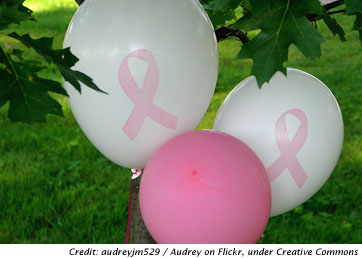 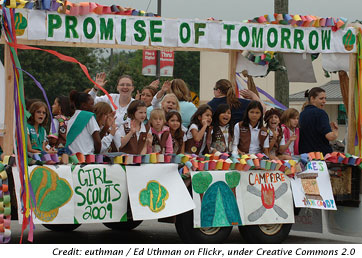