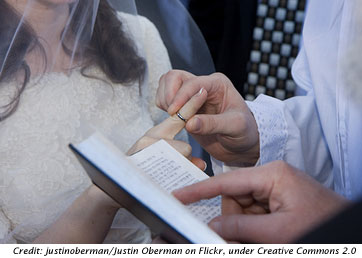 A Jewish widow ran into an unexpected snag when she was planning to remarry. A rabbi said that according to ancient law, she would need to marry her brother-in-law unless he freed her in a ceremony known as halitza.

JERUSALEM (WOMENSENEWS)–Sarah (a pseudonym), was in her mid-20s when her husband died in an accident.

Once her grief had begun to subside, one of Sarah’s friends introduced her to her brother.

"We took it slowly, but eventually I found myself coming out of the darkness," Sarah, who lives in central Israel and requested anonymity, recalled recently. "Life became sweet again."

In order to marry, the couple, who are not particularly religious, had to register at the stringently religious Rabbinate, the sole government agency with the authority to grant Jewish marriage permits.

No civil marriage exists in Israel and non-Orthodox marriages performed in the country are not recognized by the state.

"Then you need to do the halitza ceremony," the registrar told her, she said. "Otherwise you won’t be able to marry, ever."

With the wedding just weeks away, Sarah felt she had no choice but to agree to perform the ancient ritual spelled out by the Old Testament. According to the Torah, if a man dies without leaving children, his brother must marry his widow in a ceremony called yibbum.

To prevent such forced marriages–which reportedly still occur, though very rarely, in highly traditional Sephardic Jewish communities–most rabbis strongly encourage halitza, in which a man’s brother relinquishes all claims to his sister-in-law.

In the ceremony, which is meant to be public, the woman kneels before her brother-in-law and removes a special handmade shoe from his foot. She is then required to spit on the ground next to him and recite several verses.

"The presumption is that the brother-in-law brings disgrace upon himself and his family by refusing to marry his brother’s widow," says an entry in the Jewish Encyclopedia.

The plight of agunot–women whose husbands cannot or will not grant them a "get," a Jewish divorce–is fairly well known because it affects thousands of women.

Halitza impacts far fewer. Each year halitza only affects about one or two Jewish women in the United States and between 15 and 20 in Israel, estimates the Rabbinate.

Although Jewish law requires all widows in this position to do halitza, some cases fall through the cracks and the ceremony isn’t performed, said Rivka Lubitch, a rabbinical court advocate whose articles often challenge the rabbinic status quo.

Rare as it is, halitza continues to evoke feelings of helplessness in the women it touches.

"In halitza, if the brother-in-law doesn’t want to marry his brother’s wife, he has a way out," said Elisheva Baumgarten, director of the Heller Center for the Study of Jewish Women at Bar Ilan University near Tel Aviv. "At the same time, he can refuse to free the woman but the woman cannot refuse to marry the man."

When halitza was first conceived, women throughout the world were considered the property of their husband’s family.

"Society in general was patriarchal and women belonged to her husband’s family," Baumgarten said.

Marrying a deceased husband’s brother through yibbum was a strategy designed to control fertility, sexuality and the family’s assets, whether they be progeny, money or business ties.

"The late husband’s honor was at stake, as was the family’s continuity. It’s not anything we feminists should be happy about, even though what the Jews did was appropriate for those times," Baumgarten said.

Lubitch, who also works at the Center for Women’s Justice in Jerusalem, said that marrying a brother-in-law protected some women in the old days.

"Yibbum worked out well for some women who had nowhere to go after their husbands died," she told Women’s eNews.

But Lubitch said the commandment became a practice that could be used against women by forcing them to marry against their will.

The custom also creates opportunities for abuse. Although less common than in the past, there continue to be stories of men who have no intention of marrying their brothers’ widows but extort money from them in return for their freedom.

Even in cases of goodwill, halitza is fraught with anxiety.

In a 2009 article on the subject, Lubitch described the case of a 60-year-old woman whose first husband had died 40 years earlier, and who had married and divorced in the interim. When she went to the Rabbinate to marry a third time, the registrar noticed that she had never received halitza from her first husband’s brother whose whereabouts she did not know.

When the brother was located, he turned out to be diabetic and his legs had been amputated.

"Since the halitza ceremony requires a husband to wear a shoe and to walk a few steps, a man without legs cannot carry out the halitza ceremony," Lubitch wrote. "We might assume that the woman is allowed to marry without halitza. But no. She’s stuck."

The woman was spared only because a rabbi was able to determine that the brother-in-law was impotent, and therefore could not fulfill his conjugal obligation under yibbum to bring children into the world.

Lubitch, who is an Orthodox Jew, has urged influential rabbis to find ways to free both men and women from the burden of halitza.

"I can’t say ‘Do away with it’ because it is in the Torah. What I am urging is for them to find ways around it, just as the rabbis have done in other matters," she said.

Lubitch offers two potential solutions. The first, called shtar halitza, which she terms "far from perfect," would at least ensure the widow’s freedom. Just prior to the wedding, the groom’s brother would sign a document promising to immediately perform halitza in the event of his brother’s death, or incur a heavy penalty.

The second solution harks to medieval times, when some rabbis included a clause in the Jewish marriage contract (ketuba) stating that yibbum would not be required if the groom died childless.

Such a clause "would not be a violation of Jewish law," said Rabbi Michael Broyde, a judge for the Rabbinical Council of America and a law professor at Emory University in Atlanta.

Sarah wishes that she and her late husband had requested such a clause in their ketuba.

"It would have prevented a lot of pain," Sarah said.

Michele Chabin is the Israel correspondent for the New York Jewish Week, Religion News Service and the National Catholic Register. She has been reporting from Israel for more than 20 years.

The Center for Women’s Justice:
http://www.cwj.org.il/

3 responses to “To Remarry, Jewish Widow First Kneels to Custom” 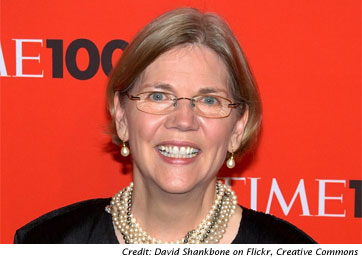 Backers Say Warren Has Time to Make Her Mark 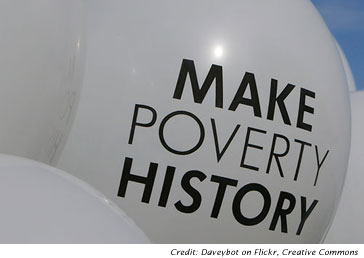