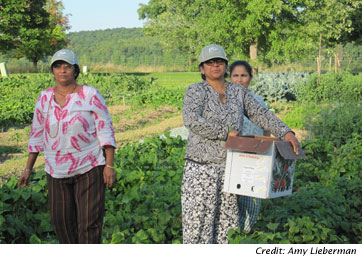 Female refugees take many paths to a Vermont resettlement program. But a drive to support their families–sometimes with the first paid employment of their lives–buoys many along, often more successfully than male counterparts.

"The regime troops would go to houses in the villages and if there was a head male in the household they would recruit him and if not, they would collect fees," Ji said. "My father had passed away and it became too much money for us to pay the fees. So we left."

But she seems stumped when asked to explain why she decided to join this remote resettlement program, even after her husband had second thoughts about moving so far away and withdrew his application.

"I don’t know what to say," Ji said softly in Burmese, speaking through a translator. "This is just something that I had to do. There was nothing left for me or for my daughter in that camp."

In March Ji arrived here at the Vermont Refugee Resettlement Program. By late June she’d began her current job of cleaning rooms in a nearby motel at minimum wage, earning just over $8 an hour.

The program is operated by the U.S. Committee for Refugees and Immigrants, a nonprofit agency based in Arlington, Va. It was launched in 1980, the same year the U.S. Refugee Act became federal law and permitted the admission of refugees on humanitarian grounds.

The Vermont program annually accepts approximately 350 people–roughly half of them women–from various conflict-ridden countries in Africa and Asia.

The population constitutes a sliver of the 80,000 refugees the United States is expected to admit in 2010. But it’s a standout for helping women navigate what Claudia Connor, director of the International Rescue Committee’s U.S. resettlement program, calls the twin challenges of education and employment.

The hallmark of the Vermont program, which arranges rental apartments and housing for its clients in downtown Burlington and accessible surrounding towns, is a 450-strong force of volunteers who facilitate outreach with local employers and community organizations.

The program aims to link employable participants to jobs and financial independence within eight months.

That feat might seem particularly difficult for the women who arrive with no paid-work experience, but volunteer Laurie Stavrand says the adjustment can actually be harder for men who leave jobs they liked and are suffering a loss of status in a new country where they can’t speak the language.

"For a lot of women, this can be their first opportunity to work outside the home and they are not mourning the loss of a job that they never had," said Stavrand. "It’s a clean slate and they are very enthusiastic and willing to try whatever it takes to support their families."

The program’s executive director Judy Scott agrees. "It happens quite a bit more frequently with men that after a few days on a new job they say, ‘I just can’t do this. This is impossible.’ They have their identities wrapped up in their jobs and when that is taken away, that can be so painful they cannot adjust. A woman who did not work before just sees it as a key to a better life."

That was the case for Ji, who never worked before she became a housekeeper at the motel. It’s "OK" that language barriers prevent her from communicating with her boss or co-workers, she says. Life is busy and she’s glad to send money to her husband, who now regrets his decision to stay behind.

Huge Career Setback for Others

For some, such as 40-year-old Monica (not her real name), however, resettlement can mean a huge career setback.

She and her family fled political turmoil in their native South Asian country, where a death threat forced them to flee quickly, "like electricity." She left a prestigious job, domestic help and friends. Now her polished English is helping her make friends in Vermont, but her high-level degree and work experience aren’t helping her job search.

Both Monica and her husband were both "at the top of the ladder," but she was the one who jumped "to the bottom rung" and took the first job that arose in a medical facility, she said, declining to elaborate further. She supported the family for three months so her husband could stay home and look for a better position.

"It’s a big step down for both of us, but as a woman I thought it would be easier for me to take the position than to ask him to," the mother of three said. "Some days I think, ‘Oh boy, what am I doing here?’ But then I think, ‘No. I have a job. I should just be thankful for that.’"

Devi Chapagai, a Bhutanese refugee of Nepali ethnicity, is also in the program, which linked her husband, who holds a master’s degree, to a bagel shop that hired him as an apprentice. Once he was earning money, Chapagai returned to school and became a licensed nurse assistant. That brings in "much more than a housekeeper would," she said.

Drawing on Past Experiences

Three other Bhutanese women in the program are striving to develop a small organic farm, drawing on their families’ farming days in the mountains of Bhutan, before the government started in the late 1980s expelling approximately 100,000 ethnic Nepali.

"We never thought we would come here to the U.S. and leave the camp, forget farming," said 50-year-old Bhadri Adhikari, who like many others spent 17 years in a refugee camp in Nepal. She spoke through a Nepali translator. "I would like a full-time job, to help out however I can, but we are safe. That is the most important thing."

Other middle-aged women, also eager for work, dominate the English classes the program runs at a local reform synagogue. At a recent lunch break this summer some of them could be seen tucking back their saris and squatting on the curb.

One of them summed up why they were all there.

"No class, no English, no job, no money," one woman from Bhutan said, surrounded by companions. She raised her hands in the air and drew sympathetic laughter from all sides. 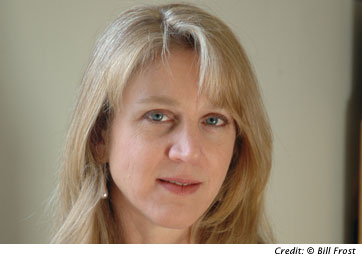 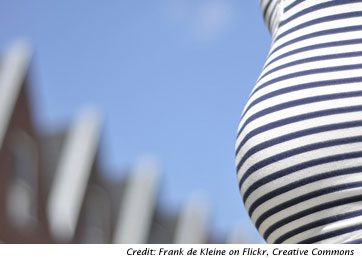