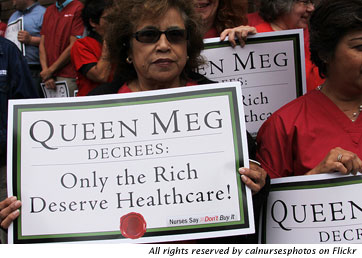 The California Nurses Association is strenuously opposing Meg Whitman’s bid for governor. The union is antagonized by Whitman’s cost-cutting plans and doubts she will defend high nurse-to-patient staffing ratios.

(WOMENSENEWS)–When Republican gubernatorial candidate Meg Whitman appears at some campaign stops in coming weeks, "Queen Meg" will be there to greet her.

The blond, crown-wearing woman has been hired by the California Nurses Association as a Whitman look-alike to spoof what the union regards as the candidate’s regal attitudes toward everyday citizens and patients, especially low-income women.

One of the most influential unions in the United States, because of its advocacy for patient protections, the Oakland-based California Nurses Association is leading the fight to defeat Whitman, the former CEO of eBay who has already spent $104 million of her own money on the campaign.

The 86,000-member union is using street theater and strategically-placed ads to elect California Attorney General Jerry Brown, the Democratic nominee in the Nov. 2 election. As California governor from 1975 to 1983, Brown sponsored key workplace protections for nurses.

"Whitman’s agenda clearly represents her experience as a CEO of a corporation that sent 40 percent of its jobs overseas, and as a board member of Goldman Sachs, an investment bank that was bailed out by taxpayers," said Martha Kuhl, treasurer of the California Nurses Association, in a phone interview.

A billionaire graduate of the Harvard Business School, Whitman, if elected, would be the first female governor of California. Only eight states had female governors in 2009.

Whitman blames a bloated public sector for the state’s $20 billion budget deficit. To close the gap, she plans to eliminate 40,000 state jobs and reform the pension system by increasing the retirement age, extending the waiting period for government workers to qualify for pension benefits and requiring them to contribute a higher percentage of their earnings to the plans.

"Changing the pension system is unfair to the thousands of diligent state workers who are counting on it to put food on the table during retirement," said Kuhl, a nurse for 29 years.

The union also fears Whitman will roll back workplace protections such as meal and rest breaks and staffing requirement in hospitals. In many states, one nurse on a medical-surgical unit may take care of as many as a dozen patients. California requires one nurse for every five patients.

Whitman has denied such suspicions. She sent two mailings to the homes of nurses throughout the state vowing to support the current state law on staff ratios. The wife of a Stanford University neurosurgeon, Whitman also said she would support more student aid for aspiring nurses.

Staffing ratios have been an issue in California gubernatorial politics since the 1970s, when short-staffed hospitals instituted mandatory overtime, which led to decreases in the quality of care because exhausted nurses were looking after too many patients.

The California Nurses Association supported Brown then because as governor he implemented the nation’s first staffing ratios for intensive care units. He also signed a law giving registered nurses and other employees of the University of California collective bargaining rights, which led to increases in salaries and benefits for nurses in the private as well as public sector.

"Gender works in favor of the California Nurses Association in its battle with Whitman," said Thad Kousser, a professor of political science at the University of California San Diego. "About 90 percent of nurses in California are women who are seen as nurturing, so they are able to stand up to Whitman in a way that an organization like the trial lawyers, which is mostly male, would find difficult because voters might accuse them of picking on a woman."

Voters also perceive the union as a champion for patient rights, continued Kousser. A California Field Poll in 2008 found that the California Nurses Association had the highest favorable rating among all groups involved in the public debate over health care reform in California. The union was the principal national proponent of the single health insurance proposal, "Medicare for All," during the Obama administration’s 2009 overhaul of health care.

Although Republican Gov. Arnold Schwarzenegger vowed to "kick nurses’ butts," the California Nurses Association forced him to withdraw plans in 2005 to roll back the staffing law, which had been extended to units throughout the hospital.

"Like Whitman, Schwarzenegger vowed to run California like a business, but he backed down when we showed up dressed in our scrubs at his public appearances," said Kuhl. "The public didn’t buy his plan because they realized it would be harmful to patients’ health."

The California Nurses Association staged similar street theater protests this summer to send the message that Whitman is also a rich autocrat. Over 1,000 members and "Queen Meg" in a horse-drawn carriage gathered on July 15 in Atherton, Whitman’s hometown, where members distributed pink slips saying "only the rich deserve health care."

The Whitman campaign fought back, accusing the "radical leadership" of executive director Rose Ann DeMoro, a former Teamster organizer, of spending thousands of dollars on the stunt. Whitman also charged that many nurses were forced to use their sick days to participate in the political rally, which the nurses denied.

The California Nurses Association joined other unions in mounting an $8 million media campaign this summer, which included ads on a Spanish radio station, emphasizing Whitman’s opposition to amnesty sanctions. Latinos represent about 20 percent of the electorate.

While Whitman spent $24 million on ads responding to the unions, Brown had no media expenses, which enabled him to conserve his campaign chest of $19.4 million for the post-Labor Day campaign.

On Aug. 26–the 90th anniversary of women’s suffrage–more than 3,000 members of the California Nurses Association gathered at the state’s capital in Sacramento to protest Whitman’s lack of political engagement. Whitman had not voted until 2002 because she said she was too busy building companies. Dressed in straw hats and long skirts from the 1920s, the nurses waved banners proclaiming "women vote for female candidates who also vote."

"Whitman’s campaign shows that stereotypes of female candidates for governor are changing," said Susan J. Carroll, senior scholar at the Center for American Women and Politics of the Eagleton Institute of Politics at Rutgers, the State University of New Jersey in New Brunswick.

Carroll recalled that when Ella Grasso ran for governor in Connecticut in 1974, she had to refute charges that a woman couldn’t run a large enterprise like a state.

"When other women ran in the 1990s, critics charged that they lacked financial acumen. But as a billionaire CEO, 54-year-old Whitman doesn’t face those charges," Carroll said. 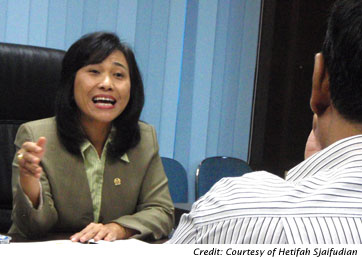 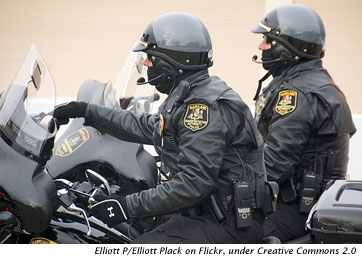