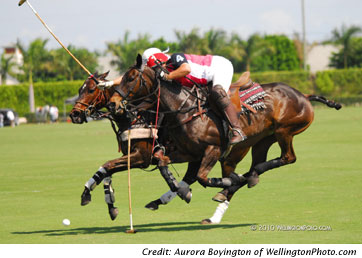 A year-old group of women is championing the sport of polo and chasing down money for scholarships for female college athletes interested in the “sport of kings.” Annual costs for participating can run into tens of thousands, making it an expensive pursuit for women who don’t often get the chance to play pro.

NEW YORK (WOMENSENEWS)–Members of the year-old Polo Girls Society recently rode into town for a photo shoot before heading out to the Hamptons for a fundraising event.

"More than ever before, more girls and women are playing polo, more people are showing up to watch women’s polo matches and more places are hosting women’s tournaments," Elizabeth "Libby" Scripps, the group’s 28-year-old founder, said in a recent interview in Battery Park.

The group’s schedule of fundraising, recruiting and promotion keeps the same sporadic schedule of the sport itself. Tournaments are largely dictated by the season and team players get assembled and switched around for different tournaments.

The game is played on horseback by mallet-wielding teams of four and is one of the few sports where teams can be made up of both men and women.

Florida’s polo season begins in the winter and ends in late spring. In Santa Barbara, Calif., it goes from early spring to late fall. In Colorado, Wyoming and Montana, it’s a strictly summer sport.

The Polo Girls Society, based in Palm Beach, Fla., aims to promote the male-dominated sport to college-age women. It is starting out with the modest goal of raising two $2,000 academic scholarships in 2011 for two female college polo players. Candidates will be nominated by polo team coaches at the 40 U.S. universities that offer the sport. Recipients must have a 3.0 grade point average, good attendance in class and be active members of a collegiate polo team.

At the professional level, men far outnumber women in the sport, as seen in the roster of team players at championship tournaments. In the 2010 USPA Piaget Gold Cup, for example, only one woman played out of 10 teams of four players–Melissa Ganzi of team Piaget. Ganzi was also the only woman in nine teams at the 2010 U.S. Open of polo, again a member of team Piaget. At England’s premier tournament, the Veuve Cliquot Gold Cup, no women played on any of the 20 participating teams in 2010.

The Polo Girls hope to change these numbers by boosting women’s participation at the college and professional levels.

The group wants to attract sponsors who can help pay for the development of a professional polo team for its members. Travel expenses, horse transportation or rental and tack can cost players tens of thousands a year.

Because women aren’t as sought after as male players, few get the chance to play a full season and make similar earnings.

Sponsorships for the big male tournament teams attract backing from luxury goods makers such as Range Rover, the British carmaker, and Cartier, the high-end French jewelry and watchmaker, eager to reach the high-income fans attracted to polo events.

Without any commercial backing, the Polo Girls’ 50 members have various ways to support themselves on the side. Angela York is a photographer. Melissa Hornung is a fashion and advertising model. Jackie Jolie works three odd jobs to stay in the game.

Kate Gannon, another Polo Girl, is the heiress to the Outback Steakhouse restaurant chain, based in Tampa, Fla. Gannon grew up with horses, but Scripps said "she got sick and tired of her dad and brother telling her she shouldn’t play polo, so she just got out on the field."

In 2006, Iran saw the return of women’s polo after hundreds of years with the first Tehran International Ladies Tournament. All the players wore traditional garb that covered their heads and arms, even the visiting teams, including the winners from Great Britain.

The sport has the best traction for women in the United States and United Kingdom.

The U.K.’s Ascot Park in Surrey–home of the International Women’s Polo Association–holds several high profile women’s tournaments each year, including the Women’s World Championships, the Euro and U.K. championships.

The Women’s U.S. Open Tournament for polo began in 1990 as the sister of America’s most prestigious polo tournament, The U.S. Open Polo Championship, which began in 1904.

The most prestigious all-female tournament, the Women’s Championship Tournament, was founded in 2005 by Sunset "Sunny" Hale, America’s highest ranking female polo player. The next Women’s Championship Tournament final game will be held in Wellington, Fla., in April 2011. Qualifying games among 110 participants have been underway since July, with matches coming up in Honolulu in August; Aiken, S.C., in September; and The Villages, Fla., in October.

Sue Sally Hale fought for nearly two decades to gain entry to the United States Polo Association, the sport’s official governing body. The door opened for her and a handful of other women in 1972. Today, the association has over 600 female members. Its 24-member Team USA includes four women, one of whom is Sunny Hale.

Dating back to ancient Persia, the oldest recorded polo match was in 600 B.C. Originally, the game was played by rulers and cavalry as a means to prepare for combat. Early depictions of the sport, dating back to 8th century A.D., show women in Persia and the Orient playing polo.

Regina Varolli is a freelance writer and editor based in Manhattan, and the owner of Words by Regina Varolli and Co. She blogs about food at Culinary Sagacity. 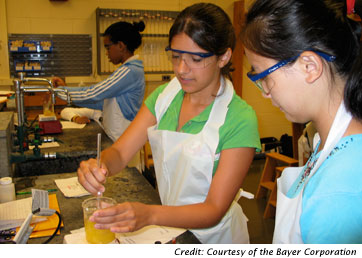