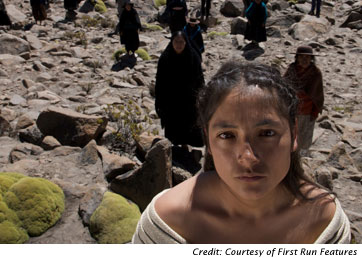 Indie distributor First Run Features gives a big boost to films directed by women in September. Later in the month, viewers of all ages can see a thrilling animated feature about heroic owls, based on Kathryn Lasky’s beloved epic fantasy books.

(WOMENSENEWS)–Kudos to indie distributor First Run Features for having five superb films directed by women in U.S. theaters during September.

While five may not seem like a lot, it’s very rare for a film distributor to have that many fem-helmed films on its annual roster, let along in simultaneous theatrical release. New York-based First Run Features deserves bragging rights and these films deserve our support.

"Altiplano," a drama directed by Jessica Hope Woodward and Peter Brosens, is set in the Peruvian Andes. Mercury leaching from silver mines in the Andes brings illness and death to villagers, who mistakenly blame foreign doctors trying to treat them. Riots break out. In the wake of the violence, two strong women–a Peruvian whose fiance fell victim to environmental poison and the wife of a doctor killed in the riots–become friends and find solace in each other. The storytelling is heightened by haunting folkloric symbolism and magnificent cinematography.

The other First Run movies are documentaries.

Lucy Walker and Andrew Thompson’s "Mugabe and the White African" chronicles the struggle of Mike Campbell, one of few white farmers remaining in Zimbabwe after President Robert Mugabe’s violent land grab began in 2000. Campbell fights to keep the homestead that had been in his family for generations and supported 500 black workers. The film was short listed for the 2009 documentaries Oscar and has been playing festivals and single screenings since. First Run gives it a theatrical run.

Racism is also the core subject of Micki Dickoff and Tony Pagano’s "Neshoba: The Price of Freedom." The film takes us to Mississippi’s Neshoba County, where 40 years after the murders of civil rights heroes James Chaney, Andrew Goodman and Michael Schwerner the state finally indicted preacher Edgar Ray Killen, the now 80-year-old who masterminded the fatal attacks.

In "Stonewall Uprising," Kate Davis and David Heilbroner document what happened at the Stonewall Inn during the summer of 1969, when gays in New York City’s Greenwich Village decided to resist police oppression.

Lastly, "Kings of Pastry," directed by Chris Hegedus and D.A. Pennebaker, provides an entree to the Meilleurs Ouvriers de France pastry competition in Lyon. This delectable confection of a food documentary follows the all-male list of competitors who most definitely know how to spin sugar, sculpt chocolate and bake their way into a woman’s heart. But alas, not a single woman is in the running. Mais tant pis!

It is enormously expensive to open films theatrically, especially small, low-budget, independently-made films such as these five releases. Determined and discerning, First Run Features has pioneered independent film distribution for 30 years, much of the time under the wise and innovative leadership of the late Fran Spielberg. In addition to these September releases, the company’s catalogue lists films by Jane Campion, Rose Troche, Maria Luisa Bemberg, Barbara Kopple, Claire Denis, Deborah Shaffer and many other female directors.

Now to the mainstream films. This month’s big fem-targeted romcom, "Going The Distance," opens Sept. 3. There’s not much to say about this film, the first fiction feature from documentary filmmaker Nanette Burstein, except the long distance romance story is predicable, the jokes are crass and the characters aren’t very engaging. Drew Barrymore is charming–as always–but why did she take this role?

In another tired plot, "The Winning Season" presents a washed up basketball coach (Sam Rockwell) who is hired to lead a local high school’s girls’ team. The comedy’s strong suit is the cast of young, up-and-coming actresses, including Emma Roberts and Rooney Mara, recently cast in the starring role of Lisbeth in the U.S. version of "The Girl With The Dragon Tattoo."

Landing in theaters on Sept. 10, after homeland success Down Under, "Bran Nue Dae" is the cinematic incarnation of a popular and long-running (20 years!) Australian Aboriginal musical stage show. Scripted and directed by Rachel Perkins, the upbeat film is a road trip with song. In it, an Aboriginal fellow, Willie (Rocky McKenzie), is on an outback adventure, seeking self improvement while evading his nemesis, a strict priest (Geoffrey Rush).

Two romcoms with pre-nuptial plots open Sept. 10. The French "Heartbreaker" is a charmer. Alex (Romain Duris) is hired to keep Juliette (Vanessa Paradis) from marrying a guy who her father believes will bore her. Alex of course falls for Juliette. This movie’s appeal doesn’t depend on time-worn plot twists, but on its seductive players and their amusing shenanigans.

In "The Romantics," friends gather to celebrate the wedding of Lila (Anna Paquin) and Tom (Josh Duhamel), with Laura (Katie Holmes) as maid of honor. The problem is that the reunion and pre-nuptial jitters trigger Tom’s resurgence of feelings for Laura, his pre-Lila main squeeze. Which gal gets the guy? No spoilers here. See the film.

"The Freebie," written and directed by Katie Aselton, is a headliner in the mumblecore film movement, characterized by ultra-low budget productions of largely improvised scripts that often play on the dysfunctional personal relationships among 20- and 30-somethings. "The Freebie" is a tour de force for Aselton, who also stars as the female half of a 30-something couple who decides to take one night only to sleep with another partner. The film, shot intimately with a handheld camera, is an impressively honest study of trust and vulnerability in relationships.

"The Girl," which joins the romantic thriller genre, is directed by Sande Zeig, a leading director in queer cinema. This compelling study of obsessive love is written by Monique Wittig and concerns a sizzling love affair between two women that is threatened by a man’s obsessive interest in one of them.

Coming to 3-D, 2-D and IMAX 3-D screens nationwide on Sept. 24, the animated feature "Legend of the Guardians: The Owls of Ga’Hoole," based on Kathryn Lasky’s beloved epic fantasy books about heroic owls, is a thrilling watch for kids–and parents–of all ages.

Also on Sept. 24, two documentaries with special interest for parents come to big screens in select markets. "Waiting for Superman" is Davis Guggenheim’s probing investigation of the failures of public education in the United States. Guggenheim won an Oscar for "An Inconvenient Truth," about Al Gore’s effort to popularize scientific alarms about climate change.

"Mother’s Courage: Talking Back to Autism," directed by Fridrik Thor Fridriksson and narrated by Kate Winslet, documents an Icelandic mother’s arduous journey to understand her 10-year-old son’s condition and help him live a better life. 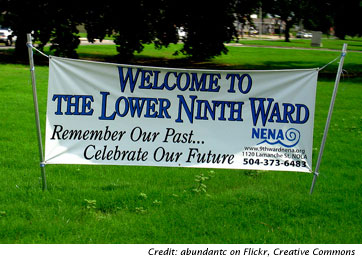 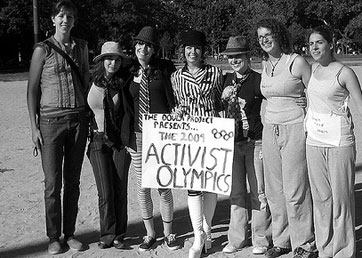