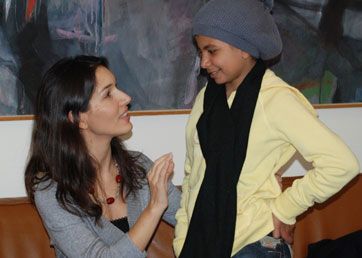 Delphine Minoui’s book, now out in English, puts the reader in the shoes of a Yemeni girl married at age 10. When the girl divorced her husband, she spotlighted the sufferings of child brides. Book royalties now support the ex-bride and her parents.

(WOMENSENEWS–When Delphine Minoui first began reporting on Iran in 1997 for a French newspaper, reformist President Mohammed Khatami had just been elected, press restrictions were light and the government was beginning to engage with the foreign media.

Now 35, Minoui recalls that back then, the French public held many prejudices and cliches about the Middle East that she hoped to dispel through her reporting.

In contrast to the stereotype of submissive, obedient housewives, Minoui found a strong, defiant female population. One example was a female cousin who had been flogged by police for attending a party, but who vowed to make no changes in her social life. Giving that up, she said, implied surrender to the authorities.

In another instance, a police officer ordered a young woman on a street corner to spit out the gum she was chewing. Instead, the young woman swallowed the frowned-upon substance and smiled.

"I asked myself, would I ever be brave enough to do such things?" said Minoui over coffee in Beirut, Lebanon, where she has lived since 2007.

Time has proven her brave enough.

Since 2002, she has covered the Middle East for the French daily Le Figaro, winning an Albert Londres prize–the French equivalent of the Pulitzer Prize–in 2006 for her reporting from Iraq and Iran. She also writes op-ed pieces for regional newspapers such as the Abu Dhabi-based The National.

Minoui recently turned her attention to Nujood Ali, the tiny, feisty Yemeni girl who at age 10 marched up the courthouse steps of Yemen’s capital Sanaa to demand a divorce from a man three times her age. The case helped focus global media attention on the roughly 25 percent of Yemeni girls forced into early marriage.

Together, Minoui and Nujood wrote "I am Nujood, Age 10 and Divorced." Published in France in January 2009, it became a best-seller there and has since been translated into 20 languages. It was published in English in March 2010 by Three Rivers Press, a division of Random House.

Transforming an Article Into a Book

Michel Lafon, a French publishing house, contacted Minoui about turning a long article she’d written about Nujood for Le Figaro in June 2008 into a book.

She returned to Yemen four times after that to fortify her research, spending two to three weeks at a time with Nujood, her family and other major players in the story, such as the judges who ruled in her favor (and one of whom briefly took her in as a guest when she had nowhere else to turn) and Shada Nasser, the lawyer who took on Nujood’s case for no fee.

Nujood’s young age and limited schooling meant she often could not remember dates or chronology and she would become exasperated if asked the same question several times. To corroborate her story, Minoui checked Nujood’s rendition of events with the judges, Yemeni reporters who covered the trial and others involved with the case. Al-Arabiya and Al-Jazeera, two Arabic-language satellite channels, shared courtroom footage, which Minoui relied upon for her blow-by-blow account of the divorce proceedings.

Minoui also relied on the sensitivity of her interpreter, Eman Mashour, a Yemeni women’s rights activist and mother of two children.

"She really knew the limits of a little girl and she really knows the culture. She would say, ‘Not this question; ask it another time,’" Minoui said.

The reporting process included a lot of time in amusement parks, or playing and drawing. "We’d spend 95 percent of the time together hanging out, to have 5 percent of interviewing time," Minoui said.

During the research period, Nujood was once again living with her parents and Minoui spent extended time with the family, including holidays such as Ramadan, Islam’s holy month of fasting.

At one point Minoui asked Nujood’s father about his decision to sell his daughter for $750 to the deliveryman, who subsequently repeatedly raped and beat her.

"He told me, ‘I’m a poor man and I didn’t get any education,’" Minoui said. "He said, ‘I thought at least she would be with someone who has a little more money than me and she wouldn’t get kidnapped.’"

Minoui is an outspoken critic of early marriage, but says she could "understand more where he’s coming from" after the interviews.

Yemen is the poorest country in the Middle East, where 1-in-2 is illiterate, according to the CIA World Factbook. A 2008 study by the Gender Development Research and Studies Center at Sanaa University found that 52.1 percent of brides are underage at the time of marriage, compared with 6.7 percent of grooms.

After Nujood first stormed the courthouse, in April 2008, a handful of other cases in Yemen have come to light.

In September 2009, a 12-year-old girl died giving birth and in April another 12-year-old died of internal bleeding after intercourse with her husband, a man twice her age.

Other cases have had happier endings.

Nasser, Nujood’s lawyer, said in an e-mail interview that since Nujood’s case she has handled nine more divorces of young girls married to older men who sexually abused them and won favorable settlements for at least three.

Despite a February 2009 law to fix the age of marriage for girls at 17 and boys at 18, opposition from conservative lawmakers has stalled its enactment. In April, the influential Yemeni cleric Sheikh Abdul-Majid al-Zindani announced to a cheering audience at a local university that he would gather one million signatures of people opposed to the legislation.

On the advice of her publisher, Minoui wrote the book in the first-person and it moves along fluidly, as though the bright, inquisitive Nujood simply opened her mouth and let it all out.

The book’s success has also secured a comfortable future for Nujood and her family. Under the contract, Nujood earns a percentage of royalties from both the French and foreign editions. She has earned enough to buy a large house for her family and Minoui and her publisher helped set up a grocery store on the ground floor where her father and brothers work during the day.

Nujood and her younger sister Haifa are enrolled in a nearby school, but Minoui, who speaks with her once a week by phone, says her attendance is somewhat spotty. She sometimes stays at home, or plays with three other girls now living in Sanaa who also escaped abusive early marriages by getting divorced.

Minoui says she recently heard from Nasser, Nujood’s lawyer, that Nujood told another under-age divorcee, "You should write a book too and earn some money for your family."

Philippe Gelie, foreign editor at Le Figaro, admires Minoui’s work on both Iran and from across the region.

"She’s very sharp on the news and has a very sensible quality," he said. "You have to be interested in the people you’re writing about and she definitely has this human touch."

Anna Louie Sussman is a writer based in New York City. Her work has appeared in the New York Times, the Washington Post, The Nation and other print and online outlets. 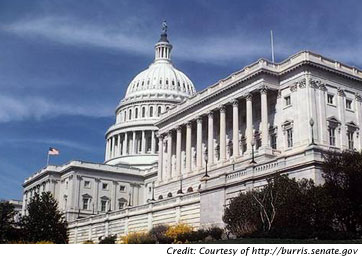