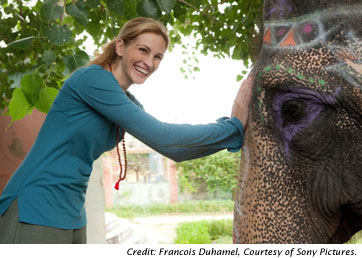 But the face-off looming on Aug. 13–when "Eat, Pray, Love" opens against Sylvester Stallone’s high-testosterone "Expendables"–is a great time to send Hollywood a commercial message about your taste in movies.

"Eat, Pray, Love" is, of course, the cinematic adaptation of Elizabeth Gilbert’s profoundly popular eponymous memoir. Gilbert (played in the film by Julia Roberts) decides to escape from her male-dominated lifestyle and circumstances by taking a year off to travel and reconnect with her personal exuberance, her appetite for life and her sense of wonder about the world. In Italy, she learns to fulfill her need for nourishment by bonding with pizza. In India, she taps into the power of prayer and connects with her own sustaining spirituality. And, finally, in Bali, she unexpectedly discovers the inner peace of true love.

While Gilbert fans mark the opening with a big heart on their calendars, their male companions just might be trying to get them to take in the relentless carnage of "The Expendables." The movie gathers Mickey Rourke, Bruce Willis, Dolph Lundgren, Jason Statham, Steve Austin, Terry Crews, Eric Roberts and yes, even Arnold Schwarzenegger, on one screen.

Movie marketers haven’t outwardly pitted the openings of these two oh-so-different films against each other, but it’s likely that studios and distributors will take some note of the comparable box office takes as an indicator of where the wind is blowing in ticket sales. Inner growth or gunfire? Cast your vote.

The month, meanwhile, brings a bunch of other great movies.

‘Good to See a Gal Fight Back’

British crime thriller "The Disappearance of Alice Creed" opens Aug. 6. It’s the gripping and twisted story of a kidnapping victim who turns her captors’ plans upside down by assuming a proactive position in the execution of the crime. It’s good to see a gal fight back.

In "Step Up 3-D," scripted by Amy Andelson and Emily Meyer, break dancing provides the context for romance among battling competitors. It may be aimed at young audiences, but it’s also for anyone who likes dancing that is hot.

The month also brings a couple of features about women’s experiences in the Middle East. Opening Aug. 6, "Cairo Time," written and directed by Arab Canadian filmmaker Ruba Nedda is a dramatic romance. In the film, Juliette (Patricia Clarkson), the 50-something wife of a U.N. official, travels to the Egyptian capital to meet her husband for a vacation. When his arrival is delayed, she’s escorted around town by Tareq (Alexander Siddig), her husband’s security guard, and an unexpected attraction develops.

"Salt of This Sea," opening Aug. 13, is written and directed by Palestinian filmmaker Annemarie Jacir. It’s a drama with romantic overtones in which Brooklyn-born Soraya (Suheir Hammad), the daughter of Palestinian refugees, returns to Jaffa to reclaim her grandfather’s frozen bank account. She winds up meeting Emad (Saleh Bakri), a young Palestinian man who dreams of emigrating to Canada, and becomes profoundly affected by the social and political realities of her ancestral home.

"Nanny McPhee Returns," opening Aug. 20, marks the welcome reappearance of the wise, snaggletooth, magical governess who converts family chaos into cooperation. This time, Nanny McPhee (Emma Thompson) is summoned to a rural household where kids and visiting cousins are running wild and desperately need discipline. In her decidedly quirky manner, Nanny McPhee delivers a series of important lessons that would be helpful in any home. Great for mother-daughter movie watchers, it’s directed by Susanna White, with Emma Thompson’s script, based on Christianna Brand’s books. Two of our favorite Maggies–Gyllenhaal and Smith, that is–also give magnificent performances.

August 27 marks the opening of three films directed by women.

"Going The Distance" is a romantic comedy directed by esteemed documentary filmmaker Nanette Burstein ("American Teen"). Drew Barrymore stars as Erin, a gal who falls in love six weeks before she’s set to leave town and must then cope with the difficulties of a long-distance relationship. Characters and storyline may be predictable, but Barrymore gives a good show.

French filmmaker Daniele Thompson’s "Change of Plans"("Le Code a Change") is an ensemble romantic comedy, written by Thompson with her son, Christopher. The film, in French with English subtitles, presents a tangle of intimate relationships among a group of friends who meet periodically for dinner, mixing soap opera and sitcom elements in a most entertaining and delectable way.

Peruvian filmmaker Claudia Llosa wrote and directed "The Milk of Sorrow"("La Teta Asustada"), a disturbing drama about the effects of terrorism on the women who survive it and their daughters. The film’s exquisite cinematography incorporates unusual and stunning visual imagery to symbolize its themes and the struggles of its characters. In Spanish with English subtitles, the film opens in New York on August 27 and in Los Angeles in September. 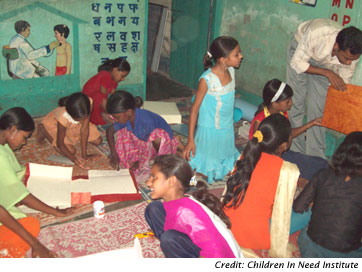 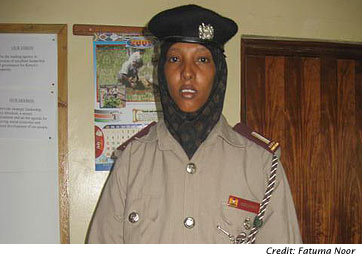