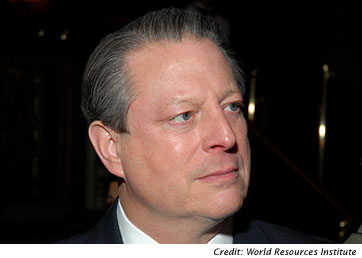 A long-time advocate for crime victims is torn about Nobel Laureate Al Gore and the woman accusing him now of a sexual assault in 2006. She believes her yet asks: Why was she silent for so long and why did she go public now?

I’m as fierce an advocate as exists for crime victims, but I’m having a tough time figuring out how to feel about Al Gore being publicly accused now of committing a sexual assault in 2006.

It’s not that he didn’t seem the "type." After the Catholic priest scandal, I gave up thinking there was a man alive who wasn’t capable, though if Jimmy Carter gets in the same trouble I will lose my lunch.

But the go-green halo around Gore’s presence set him apart somehow. Not that being an environmentalist makes a guy a saint, but Gore seemed almost desperate to have us see him as more moral than the average Al.

The greenest of the green people I talked to felt betrayed. Gore was their leader and the movement is now, um, stained. The woman even said, according to the transcript of her interview with Portland, Ore., police made public on the Internet, that her "Birkenstock Tribe" friends told her to "suck it up" and not tell anyone or the "world’s going to be destroyed from global warming."

I imagine the Nobel Prize people are similarly distraught.

The Cry of Liar Has Not Rung Out

The most interesting issue for me, however, is the way nobody seems to be calling this woman a liar. Women who report sex crimes being called liars is a national sport in this country–more so when the accused is someone of substance. But Gore isn’t even denying the woman’s claims, much less calling her a liar. This not only helps the woman’s credibility, it makes me wonder why the case itself took the odd series of twists and turns on its way to this very delayed public exposure.

Significant delay in the reporting of sexual assault typically incites claims of "false accusation." (The typical case is not reported promptly, which should make delayed reports more credible. But I digress). Hell, merely being female usually serves the same purpose. And when the claim is made against a person of wealth or influence, the motive is assumed to be money. But few are saying these things about Gore’s accuser.

Maybe it’s because the woman saved the pants she was wearing when she noticed a stain she believed might be Gore’s DNA, suggesting a denial might make things worse, a la Bill Clinton’s denial before he knew about The Blue Dress.

The accuser told cops in 2009 she saved evidence in a "bank vault." Does it make sense that the woman–who has had more than enough time to obtain DNA test results from a private lab–would mention saving stained pants if the stain produced nothing of forensic value?

But here’s what I’m stuck on.

The woman filed a report with the police in late 2006, a few weeks after the incident, but then refused to show up for two scheduled police interviews. Her attorney said she did not want the case to be prosecuted in criminal court and would resolve the matter in civil court, instead.

She stayed quiet for a couple of years, not saying anything more to law enforcement officials until January 2009, which makes me wonder why she was content with silence for a while and what changed. Did Gore promise something but never deliver? Did she start off principled, then become greedy?

Was someone blackmailing Gore until he refused to be at their mercy forever? Did Tipper jump the marital ship last month because she found evidence that Al wrote a big check he couldn’t explain? Or because Al decided to stop paying his extortionist and had to tell the truth to his wife as a pre-emptive strike before the inevitable news scandal broke?

If the woman wanted money from Gore, should we care that she was victimized? Her lawyer said she was proceeding "civilly" when she refused to be interviewed by cops back in 2006, which indicates she was planning to ask Gore for money. What became of that civil case?

If law enforcement refused to press charges because they knew the woman was looking for money, shouldn’t we be outraged? Isn’t that the kind of corruption that generated huge public outcry when, in the early 1990s, Michael Jackson reportedly paid Jordy Chandler $20 million in exchange for Chandler refusing to cooperate with prosecutors investigating Jackson for child molestation?

It’s not as though the cops think the woman is lying. How could they? The fact that Gore is saying nothing makes it especially difficult not to believe the woman’s story. That the Enquirer wrote about it further suggests she’s telling the truth, even in the face of reports that she asked the Enquirer for a million bucks to tell her story. Tabloids don’t have the highest reporting standards and paying sources undermines their integrity, but they can be sued for libel like any other publication.

Regardless, her story rings true. In more than 70 pages of a transcribed interview with police, her descriptions of the sexual assaults seem credible simply because of the restrained nature of what she accused him of doing. The woman describes Gore moving her hand down toward his penis during an abdominal massage and how he touched her breasts and buttocks, "painfully" squeezed her nipples and "flipped" her onto the bed, pinning her down and lying on top of her. If she were lying, why not make it juicier?

She even included things about herself that could paint her in a bad light. She told the police that she sat on the bed next to him even after she feared being assaulted and that she didn’t leave right away.

Back in 2006, the women told the police, according to the same transcript, that all she wanted was the return of her "pre-assault sense of peace and safety. . . and for this man to be stopped from what he has been doing."

However, until someone reveals the whole truth about the civil case and whether money exchanged hands for the sale or the silence of this whole sordid story, I can’t find a way to give much of a damn about either of them.

But let’s give Tipper a standing ovation for jumping ship before she had to figure out whether to "stand by her man."

Wendy Murphy is an attorney and adjunct professor at the New England School of Law in Boston, where she manages the Sexual Violence Legal News and Judicial Language projects. She is also the author of "And Justice for Some." 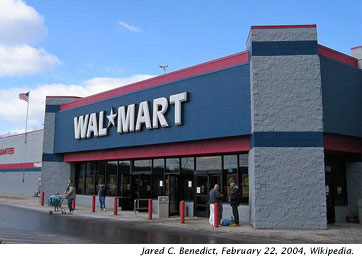