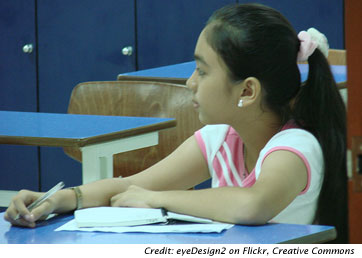 (WOMENSENEWS)–It’s a major recurring narrative in the news media: Girls are succeeding, boys are failing. Civilization as we know it is coming to an end.

The most recent evidence is a May 31 New York Times story headlined "Gender Gap for the Gifted," reporting that young girls are outnumbering young boys in gifted programs in New York City.

"Around the city, the current crop of gifted kindergartners, for example, is 56 percent girls, and in the 2008-9 year, 55 percent were girls," it says.

This would appear to be a local New York City story, but it quickly resonated nationally. The story was picked up by, among others, Education Week, Atlantic, PBS, MSNBC, Philadelphia Inquirer and a number of education Web sites.

What tends to get less noticed is a gender testing gap, in which more boys than girls at any age are being brought for testing by their parents, an inequity that the Gifted Development Center in Denver says is getting worse. It finds that between 1979 and 1989, 57 percent of the children brought for testing were male and 43 percent were female. In 2008, 68 percent were male and only 32 percent female.

Apparently parents are paying more intellectual respect to their sons than their daughters, or else they believe that it is more important for boys to be seen as very smart.

Either way, it’s off base and obscures what we might as well start accepting is a basic intellectual parity between boys and girls. The federal Education Resources Information Center in Washington notes that overall data indicate only small differences between the IQ scores of boys and girls evaluated for entrance into gifted education programs. The group says it supports the assumption that intelligence is "equally distributed between the sexes." Bravo!

Meanwhile, the media focus on girls being more advanced cognitively than boys at early ages isn’t a news flash.

It’s an old, old story established in a number of studies. Lewis Terman, director of a famous longitudinal study of gifted children that began in 1921, found that girls had a decided edge over boys in the early years, but by middle-school years boys had caught up. This continues to be the case.

Boys mature later than girls; at any given age in the early years, girls on average outscore boys. Researchers have known for a long time not to put too much weight on these kinds of results, because they will change with time. The boy who doesn’t score in the gifted range at the age of 5 may very well do so a year or two later. The Times story, in fact, duly noted this, but the editors still chose to run it as a news story for some reason.

Janet Hyde of the University of Wisconsin, a nationally known expert on children’s math and verbal achievement, says it doesn’t make sense to test kids as young as 5 or 6 for giftedness. Results of early testing, she has said, are so unstable as to be relatively meaningless for predicting the future.

Po Bronson, co-author of "Nurture Shock: New Thinking About Children," agrees, noting the odds that a child who has been labeled gifted at 5 will still test as gifted even a couple of years later are surprisingly poor.

"The tests work for measuring current intelligence," he writes. "But it’s a bad bet, and a bad investment, if we’re counting on any test to predict a young child’s future."

A 1973 classic study was done by Robert McCall of the University of Pittsburgh and U.C.–San Diego’s Mark Appelbaum. They looked at the stability of childhood IQ, testing 80 children who’d taken the tests roughly once a year between the ages of 2½ and 18. They found that IQ scores were least stable before the age of 6.

"How can you lock children into a specialized educational experience at so young an age?" asks McCall. "As soon as you start denying kids early, you penalize them almost progressively. Education and mental achievement builds on itself. It’s cumulative."

Despite very serious questions about the value of testing such young children, there’s a strong trend in this direction.

The National Association for Gifted Children reports that "no federal agency or organization collects these (gifted) student statistics." Yet states seem to be testing kids at younger and younger ages. Elite schools in New York City require testing for admission to kindergarten. In Colorado, parents begin the process for early entrance to kindergarten or first grade by completing an application that includes samples of student’s work in math, writing and drawing. In Arizona, testing for giftedness begins in kindergarten.

Parents themselves are rushing their children into these testing programs. The Internet is loaded with page after page of advice columns, blogs and ads for books to help tell if your kid is really smart. (Some 3 million children of all ages are in gifted programs around the United States, the National Association for Gifted Children reports.)

The problem is, as we label kids as gifted earlier and earlier, we are surely missing many children who could take advantage of such programs.

If boys are routinely missed early, will their parents start to look differently at them? Chances are they’ll think, "My kid just doesn’t have the right stuff." In their panic, parents may rush their very young boys into programs that promise to make them smarter. In all likelihood, parents just have to wait a year a two until their sons catch up.

What’s needed here is a dollop of common sense. We certainly want to encourage our gifted children, both boys and girls. But prematurely rushing them into testing flies in the face of our best scientific knowledge.

The tortoise often catches up to the rabbit, if we just let kids develop normally.

Dr. Rosalind Chait Barnett is a senior scientist at the Women’s Studies Research Center at Brandeis University and Caryl Rivers is a professor of journalism at Boston University. They are co-authors of "Same Difference: How Gender Myths Are Hurting Our Relationships, Our children and Our Jobs." 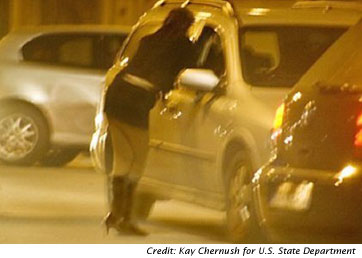