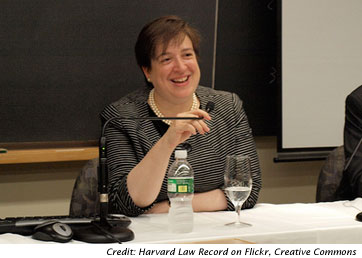 The three women who came before Elena Kagan on the Supreme Court carried a bright torch for women’s rights. In this news analysis, Sharon Johnson sees Kagan as more of a mainstream power broker, with no gender strings attached.

(WOMENSENEWS)–Democrats and some female law faculty are flagging the historic nature of Solicitor General Elena Kagan’s confirmation hearing with the Senate Judiciary Committee, which began June 28.

If confirmed to succeed Justice John Paul Stevens, Kagan would bring the number of women on the bench to three, a high water mark that Paula A. Monopoli, professor at the University of Maryland School of Law in Baltimore, hails.

"Last year Obama named Sonia Sotomayor the first Hispanic on the court and this year he tapped Kagan, who brings real world experience," said Monopoli, the founding director of the law school’s women, leadership and equality program. "Like Justice Ruth Bader Ginsburg, these women provide an important dimension to the court because they recognize how decisions affect the lives of ordinary people and their presence encourages their male colleagues to look at factors that are often overlooked by all-male courts."

But Kagan does not win universal kudos from women’s advocacy groups.

In a June 21 analysis of her legal record, the New York-based Center for Reproductive Rights, an organization of pro-choice attorneys and advocates, called Kagan’s record on abortion "troubling." A 1988 memo Kagan wrote as a clerk to Supreme Court Justice Thurgood Marshall, urging the court to reject for review an appeal on prisoner access to abortion, was one of the reasons for this assessment.

Kagan said she was "skeptical about whether incarcerated women seeking abortions had serious medical needs under the Eighth Amendment" and called the notion that they should receive government assistance to address those needs "ludicrous."

Kagan stirs worries among conservative senators who assume that any woman nominated by the Democrats must be an arch liberal, says Lawrence Baum, professor of political science at Ohio State University in Columbus and author of the 1997 book "The Puzzle of Judicial Behavior."

But Baum says that Kagan’s Harvard Law School faculty appointments should calm conservative fears. Two who stand out are Adrian Vermeule, a former clerk of Justice Antonin Scalia, the leader of the conservative wing of the court, and Jack Goldsmith, who had served under Attorney General John Ashcroft during the George W. Bush administration.

In other words, the normal assumptions about a female nominee–created by the three other women ever appointed to the court–do not apply to Kagan.

Kagan broke the glass ceiling in legal education when she became the first female dean of Harvard Law School, but kept a low women’s advocacy profile after that.

Sandra Day O’Connor, elevated by President Ronald Reagan, became the first woman on the court in 1981. By that time she had founded the Arizona Women’s Lawyers Association and the National Association of Women Judges and had fought to remove discrimination against women by the state bar.

No doubt existed about Ginsburg’s stand on abortion: "This is something central to a woman’s life, to her dignity," she told the Judiciary Committee. "It is a decision that she must make for herself. And when government controls that decision for her, she is being treated as a less than fully adult human responsible for her own choices."

Sonia Sotomayor had delivered more than 90 speeches on ethnicity or gender issues before minority or women’s groups between 1993 and 2009, when Obama tapped her for the court. Sotomayor used her career as an example of how Hispanics and women could succeed in legal careers. For 12 years, Sotomayor was a board member of the Puerto Rican Legal Defense and Education Fund.

Kagan’s record on supporting women and minorities is thin. During her six years as dean of Harvard Law School, Kagan added 29 tenured faculty, which included five white women and an Asian American woman.

"Just three percent of her hires were non-whites, a statistic that should raise eyebrows in the 21st century," said Guy-Uriel Charles, founding director of the Duke Law Center on Law, Race and Politics in Durham, N.C.

The National Bar Association, a Washington-based organization of over 44,000 predominantly African American lawyers, judges and professors, said it would have preferred if Obama had nominated Ann Claire Williams, the first African American woman to serve on a U.S. Court of Appeals.

Kagan is the first nominee in 38 years to have no judicial experience. Moreover, Kagan had never presented a case in any court until Obama appointed her solicitor general in 2009.

When he introduced her to the nation, Obama called Kagan "my friend" and "a consensus builder." Kagan had worked with Obama at the University of Chicago Law School and had served on a committee that tried to recruit him for the full-time faculty.

Kagan has close ties to Obama’s inner circle at the White House, including Rahm Emanuel, the White House chief of staff, and Larry Summers, director of the National Economic Council.

As president of Harvard University, Summers appointed Kagan dean of the law school in 2003. Unlike other members of the faculty, Kagan had no comment when Summers was forced to resign in 2006 after suggesting women were underrepresented in tenured positions in science and engineering at the top universities and research institutions because of a "different availability of aptitude at the high end."

At her confirmation hearing for solicitor general, Kagan said she didn’t believe there was a constitutional right to same-sex marriage.

Leonard Gross, professor of law at the Southern Illinois School of Law, based in Carbondale, Ill., and co-author of the 1998 "Supreme Court Appointments: Judge Bork and the Polarization of Senate Confirmation," said Kagan has a good chance to win confirmation as the 112th justice as long as hearings are completed this summer.

If the hearings drag on longer than that, interest groups opposed to Kagan might make her nomination an issue in the mid-term elections this fall, says Gross.

To avoid a filibuster, Kagan must receive 60 votes. Last year, 54 Democrats and seven Republicans voted to confirm Kagan as solicitor general. However, the Democrats are expected to lose seats in November.

"That could be bad for Kagan, because these groups could help elect senators who would vote against her," Gross said.

A CNN/Opinion Research Corporation survey in June found that 44 percent of Americans wanted the Senate to confirm Kagan, down 10 points since May when her nomination was announced.

Thirty-nine percent opposed the confirmation, up three points. Seventeen percent said they were undecided, up 11 points.

CNN said opinion on Kagan has changed the most among women and Democrats. Initially, these groups supported the nomination because Kagan is a woman and Obama tapped her, but now they are less sure. 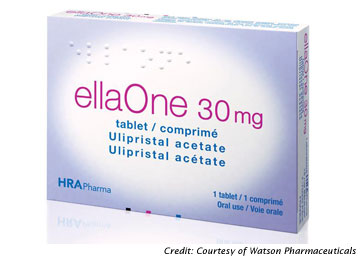 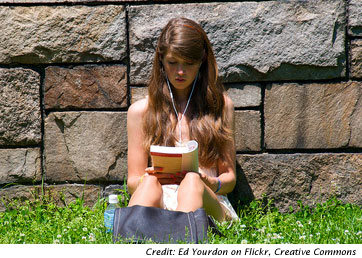