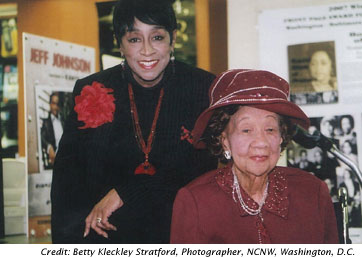 The late Dorothy I. Height insisted on African American women speaking their own minds. This Memorial Day, Yvonne Scruggs-Leftwich pays tribute to a friend and mentor who leaves a bright torch for others to carry on.

(WOMENSENEWS)–It’s Memorial Day and Dorothy Irene Height, a highly decorated and revered national treasure–my friend and colleague of 25 years–tops the list of memories I want to keep alive.

As African Americans assert our claim as founders of the Memorial Day holiday, there is no more fitting way for African American women to celebrate this national day of remembrance than by acknowledging all that some of us owe to our dear late friend and mentor Height, president emerita of the National Council of Negro Women.

Height died this April after 98 years in the service of the highest values of citizenship, civil rights, youth achievement, black family celebration and women’s advancement. She mentored and advised an intentional army of publicly accomplished, adult black women who now stand in the shadows of her history, prepared by her to wait and serve, in her tradition.

We know who we are even if we and our roles are not transparent or even visible to most Americans.

The voices of these women now rise in memory of the richness of our lived experiences and our growth as women, under her guidance.

She Speaks for Herself

"It is axiomatic that the African American woman has been most honestly reflected in the images which she has painted with her own words," Height wrote in the foreword to my recent book "Sound Bites of Protest," a compendium of my essays highlighting the power struggles facing black female leaders in contemporary public policy battles. "She, better than anyone, has integrated the legacy of centuries of experiences, virtually unknown to others who are not black women, into a rebuttal of contemporary challenges."

Height’s foreword reflected her advice about how black women should approach our responsibilities to ourselves and to our missions in the public arena.

I called upon that advice recently in a public challenge to President Barack Obama by myself and other black female leaders to protest his administration’s continued marginalization of black women on the lists of female candidates for the recent Supreme Court vacancies.

The Black Women’s Roundtable, co-founded and co-convened by Height and Melanie Campbell, sent a letter to the president which emphasized: "As Dr. Height stated in our previous meeting with your administration, we believe it is time for African American women to be represented in all sectors of government–including the Supreme Court."

Our speaking out for ourselves, about ourselves, was rumored by some Washington insiders not to have been particularly well received by the nomination strategists. However, our letter correctly asserted that no African American woman had been on either of the short lists for the last two Supreme Court vacancies.

But no matter. This letter was signed by 28 distinguished black female leaders and followed exactly in the Height tradition of insisting that our own measured, civil, courageous but also public voices be heard. It is a tradition inherited from her by the letter’s signators as well as many others whom she advised.

‘Make Time to Make a Difference’

Shuanise Washington, erstwhile vice president for policy for the corporate giant Altria, humbly speaks of her own baptism-by-Height:

"Dr. Height made room in her life for me when I first arrived in Washington for my new post. She invited me to her office, graciously expressing her belief that I could ‘make time to make a difference’ and later, supported and counseled me regularly as the first woman to chair the board of the National Coalition for Black Civic Participation, of which she was a founder. She made me look at myself in transformational ways as I listened to her articulate my responsibilities as a leader and a woman," Washington wrote to me in a personal message last week.

Campbell, who has also been CEO of the National Coalition for Black Civic Participation for a decade, says that she came to depend on almost daily infusions of gentle advice and strategy suggestions from Height.

"I am having great difficulty wrapping my mind around the reality of Dr. Height’s permanent absence from my life and from our mutual initiatives in partnership with black women," Campbell told me during the days leading up to Height’s funeral. "My original awe of being in such close contact with this iconic giant evolved into a friendship in which I wanted to protect her and yet, I knew that she was actually protecting me . . . She was my rock. For this current phase of my professional and leadership life, I am her product."

"We planned, strategized and traveled with her for three years," Billingsley recently told me. "Even in her 90s, she was indefatigable, working harder than many half her age. She was determined to sign every book and she did; hundreds of them. She was especially accessible to young people who looked to her for wisdom and encouragement. She specialized in young professionals and also mature leaders. She touched me. She knew just who to call for what purpose."

Breedlove wrote me that she once asked Height how she was supposed to carry out the assigned task of "getting (the famous author) Maya Angelou on the phone." Height said: "Just dial the phone number."

Height often did exactly that, for years, usually very early in the morning, but recently, whenever she needed you, dialing the phone numbers herself from her remarkable memory.

She would start her conversations by saying "Dorothy Height," and then proceed immediately with your assignment–for a meeting, for a statistic or a citation from some obscure publication. She ended the call by simply hanging up when the conversation had gone on long enough.

I learned never to say "OK" to her after she had finished expressing a thought because that surely acknowledged that the conversation was over and the line would just go dead! She was not overly talkative but her meanings were clear. She listened carefully and she responded succinctly and with finality. She was without peer. 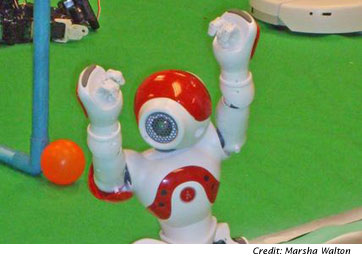