President Barack Obama’s appointment of Solicitor General Elena Kagan received a warm reception among women’s rights groups.
"This is an outstanding appointment," Lynn Hecht Schafran, senior vice president of Legal Momentum, told Women’s eNews. In addition to Kagan’s "superb credentials," Schafran said "it’s nice to see the U.S. catching up with Canada where there are four women on the nine-member Supreme Court."
Siobhan "Sam" Bennett, president and CEO of the Women’s Campaign Forum, cheered the news but also expressed concern about the possibility of negative media treatment, as did the Women’s Media Center, which ran an article criticizing previous media stories that have focused on Kagan’s questioning her sexual orientation rather than her judicial record.
Nancy Northup, president of the Center for Reproductive Rights, however, had a more guarded reaction to the High Court news, saying Kagan’s public record revealed little about her views on Roe v. Wade, the Supreme Court decision legalizing abortion. In a press statement, Northup called on the Senate Judiciary Committee to conduct a rigorous confirmation process and "thoroughly explore Ms. Kagan’s views on the constitutional protection that should be afforded to women seeking abortions."

The May 6 U.K. balloting left women’s ranks in Parliament thinner than ever, the Centre for Women and Democracy said May 7. After the vote, women composed 22 percent of the 649-member Parliament, a drop of 2.5 percent.
Only four women are slated for the 23 positions in the new cabinet, reported The Guardian May 13. Cheryl Gillian, Theresa May, Caroline Spelman, and Lady Warsai will be joining Prime Minister David Cameron’s new cabinet. May will be the new Home Secretary. She is the second woman to hold the position, reported HR Magazine May 12.

Rhonda Copelon, a New York lawyer who took on cases of gender-based violence and international human rights, passed away on May 6 at age 65 due to ovarian cancer, reported The New York Times May 8. One of Copelon’s victories resulted in victims of international human rights abuse to use U.S. courts to seek justice, reported the Center for Constitutional Rights.
Lena Horne, the enormously influential African-American jazz singer, actress and civil rights activist, died May 9 at New York Presbyterian Hospital at the age of 92, reported The Associated Press on May 10. The hospital spokesperson did not share any other details aside from her death, reported the AP.

One response to “Elena Kagan Hailed;Female Pols Sink in U.K.” 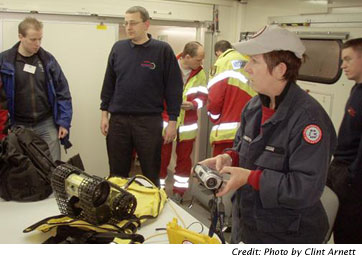 Engineer Says Robotics Can Use a Woman’s Touch 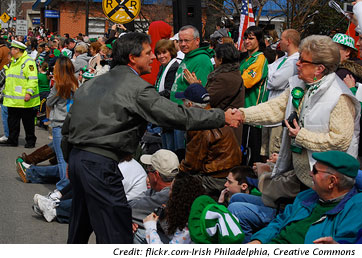