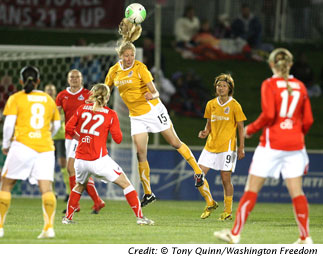 The 8,300-seat stadium is a private-public partnership between the Beat’s owner and chairman T. Fitz Johnson and Kennesaw State University. It will reside on the school’s campus in Kennesaw, just north of Atlanta. The stadium’s opening and the first game will be televised on Fox Soccer Channel.

The stadium offers an indication of the second-generation business style of the league, which launched in 2009, a year after the U.S. National Women’s Soccer team won a gold medal at the Olympic Games in Beijing and six years after the collapse of its predecessor, the Atlanta-based Women’s United Soccer Association.

Tonya Antonucci is the new league’s commissioner. She is a former executive with Sunnyvale, Calif.-based Yahoo, Inc., a global Internet service provider, where she launched the Web portals Yahoo! Sports and Yahoo! Fantasy Sports. In contrast to the corporate structure of the former league–with investors taking stakes in the central league and then securing operating rights for specific clubs–the new one operates through independently owned and operated team franchises.

This marks a key difference from men’s Major League Soccer, which uses a corporate model similar to the one tried by the Women’s United Soccer Association.

But Women’s Professional Soccer has taken lessons from Major League Soccer where stadium ownership is concerned–watching their success with it.

"When you own and control a stadium, obviously the economics become much better for an owner," Antonucci said.

Johnson, the Atlanta Beat’s owner, has suites in his new stadium to make available to corporate partners and individual investors to help raise financial support for the team.

"These are just a few of the examples that make the business of women’s pro sports more economically viable. So we’ll be watching that from a league perspective," said Antonucci.

The commissioner said another game changer is to create several layers of partnerships with Major League Soccer, such as the agreement to let Soccer United Marketing, the main commercial arm of the men’s league, act as exclusive agent for the women’s league’s corporate sponsorships. While the former women’s league ran some joint publicity events, such as doubleheaders with clubs, there was no cross ownership or a joint venture of this sort.

Under the franchise-based model, the league schedules matches, oversees competitions and provides a national marketing and public-relations role, such as striking this year’s TV deals in Canada, Scandinavia and the Middle East with hopes to secure others in Brazil and Japan. It has also arranged major sponsorships with Puma, the German-based global sports manufacturer of shoes, apparel and accessories, and Citi, the global financial services company with headquarters in New York.

Antonucci said it had been tough to launch in "the worst economy since the Great Depression" but said she expects the league–which pays its players an average salary of $32,000 for a seven month contract–to do well this year.

Between the last two seasons–2009 and 2010–she said corporate sponsorships had more than doubled and season ticket sales were up by an average of 17 percent in mid-March 2010 compared to a year earlier.

In 2009, the league launched with seven teams. Two of them–the Boston Breakers and Washington Freedom–carried forward names from the Women’s United Soccer Association. The Boston Breakers were a new organization while the Washington Freedom maintained their former identity, including some affiliated youth teams and a team in the W-League, an open league that is the second highest-level of women’s soccer in the United States.

In 2010 the league added two teams, the Atlanta Beat and Philadelphia Independence, and lost one, The Los Angeles Sol, due to what Antonucci referred to as ownership problems.

Antonucci said soccer enthusiasm overall is rising in the United States, as indicated by Major League Soccer’s growing number of stadiums since 1999. Counting amateur enthusiasts of all ages and professionals, she said the sport has 20 million U.S. participants.

The league will keep a close eye on the Atlanta Beat stadium to see if it provides a model for other teams to follow, Antonucci said.

Some other changes: The league is lengthening its season with 24 games, four more than in 2009. Match play this year began in April and continues through September. Last year the season began in late March and ended in August. The goal is to see if the later season draws more fans as they return home from summer vacations.

The league has also steadily been building its talent pool and recruiting more players from outside the United States. It now has 19 foreign players, up from 12 in 2009. Their homelands include Denmark, England, Germany, Mexico, the Netherlands and New Zealand.

Antonucci has a clear memory of the 1999 U.S. team that won the Women’s World Cup, led by star forward Mia Hamm.

"It was like lightning in a bottle. They captured everyone’s attention," said Antonucci, who looks forward to building that same kind of star power in the new league.

The defunct Women’s United Soccer Association broke ground in 2001 as the first professional women’s soccer league, with players earning an average of $40,000 a year at first.

Within two years, however, the pioneering league was suffering a shortage of sponsors, sagging attendance, revenue losses and no prospect of a TV contract for the coming season. Its startup investment of $40 million, planned to cover five years, was used up in its first season. By the start of the 2003 season, players were taking pay cuts, some of more than 30 percent.

Shahnaz Mahmud is a writer based in New York City. 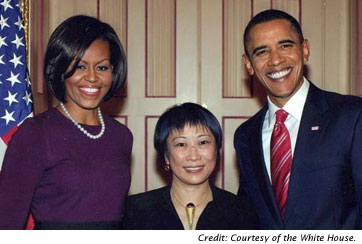 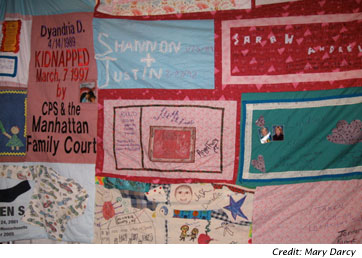