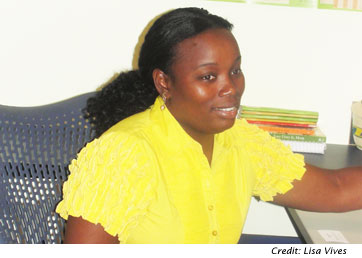 At 23, Susana Mendes became the first female editor in chief of Angola’s leading investigative weekly. The paper routinely covers domestic violence and she’s making a personal effort to pass a bill to treat it, for the first time, as a crime.

(WOMENSENEWS)–Susana Mendes is the first woman to hold the title of editor in chief at Angolense, Angola’s leading investigative weekly–and she is doing it a bit differently than her predecessor.

She is in charge of directing coverage of the country’s $1.7 billion oil industry, government corruption and injustices in the poorer neighborhoods of Angola. However, she also keeps the paper routinely focused on a topic often treated as a special women’s issue: domestic violence.

"All my colleagues agree that this is a public problem," said Mendes at Women’s eNews’ office during a recent visit to New York, where she participated in a forum on oil politics and Africa. "We publish special reports about the issue, interviews and also talk a lot about gender equality."

In 2008, Mendes joined other female colleagues in Angola’s capital Luanda at the Forum of Women Journalists for Gender Equality. The group joins counterparts in Latin America and elsewhere in Africa in harnessing media as a force to protect women through the "Challenging Silence" campaign.

Through the forum, Mendes and other members in 2009 created a series of radio programs to promote a bill drafted by Angola’s Ministry of Family and Women Promotion in March 2009. The bill could become the country’s first law on domestic violence, though it’s unclear how the crime would be punished. It would also provide funding for counseling centers for victims and their families.

Angola signed the U.N.’s Charter on the Elimination of All Forms of Discrimination Against Women–CEDAW–in 1986, but has so far not criminalized domestic violence.

Genoveva da Conceição Lino, minister of family and women, and female politicians from across the political spectrum are joining forces behind the bill, said Mendes.

"Even if we are not together on political issues, when it comes to women, we stand together," she said.

Each radio show airs on the controversial Rádio Ecclésia, a Roman Catholic radio station broadcasting 24 hours a day in Luanda. The shows present specialists on different aspects of the domestic violence law and ask listeners for their support.

In addition to being a lobby tool, the show is designed to help victims better understand and respond to their own experiences.

"The most important thing is that today the victims are more aware of their rights and feel safer to report cases of abuse," said Mendes.

In Angola, domestic violence has been steadily worsening since the end of the 27-year civil war in 2002, which left the male population sharply reduced. Family life is roiled by a rise of orphaned children in extended families and more women taking on the primary role of breadwinner.

In 2009 the U.S. State Department of Human Rights reported that in Luanda 62 percent of women have suffered some degree of household violence, compared to a global average that the Family Violence Prevention Fund of San Francisco estimates at about 30 percent.

"There are still many cases of sexual violation in which victims wait years for justice, so we think it is urgent to discuss this issue," said the soft-spoken Mendes.

Mendes, born in Benguela in western Angola, credits her success to numerous helpful colleagues and a supportive family. Her father was determined to pay for the early education of herself and her brothers, she said.

While she was in high school in Luanda, Mendes, 15, began her training at state-owned Rádio Nacional Angola. At 17, she began working as a reporter at Agora, a business newspaper based in Luanda. The job gave her enough income to pay for her education at Universidade Independente de Angola.

At Agora she initially covered social and cultural events but also managed to report on the problems plaguing poor neighborhoods. She said she is particularly proud of a story that helped lead to the conviction of seven policemen in Sambizanga, one of the poorest neighborhoods of Luanda. Her piece described the killing of eight teenagers while they were in the officers’ custody. Each policeman received a sentence of 24 years in prison for the extra-judicial killings.

Mendes went on to work at A Capital, a private anti-corruption weekly founded by four journalists including Americo Gonçalves, a prominent journalist known to provide credible news. In 2005, Mendes, 23, was recruited away from A Capital by Gonçalves to serve in her current role at the helm of Angolense.

Mendes and her colleagues often do their jobs under dangerous circumstances.

In 2009 Freedom House, an independent watchdog group advocating for democracy and human rights in Washington, D.C., reported that Angola’s government systematically silences journalists by preventing the publication of stories. It also strategically snuffs out media outlets, cuts off advertising revenues or simply imprisons journalists. Angola ranks 119 out of 175 countries on the Reporters Without Borders 2009 Press Freedom Index.

"Susana is a very courageous journalist and one of the few women who has embraced the fight for the freedom of press in the country, and that is quite remarkable," said Angolan journalist and human rights activist Rafael Marques de Morais, who has received international acclaim for his reports on the Angolan government’s corruption and the diamond and oil industry.

Mendes said her decision to join the fight against domestic violence stemmed from covering for Angolense tale after tale of physical and sexual abuse against women, children and men of the Luanda slums who had no legal recourse against their attackers.

"It made me see that the problem is so serious that it deserves a response from society and that the journalists have a key role in combating this problem," she said. "We want to show that all the problems that affect women affect the whole society, because women in Africa are the center of the household."

Nosarieme Garrick comes from many places, but mainly Nigeria. She lives in New York City. 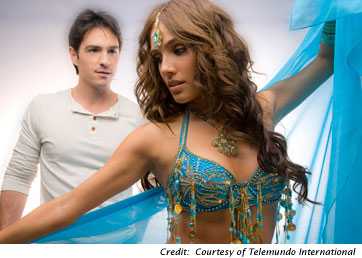 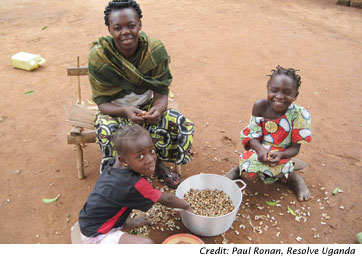