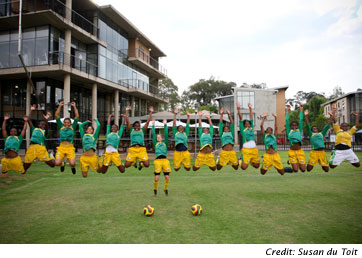 Now that World Cup tickets have gone on sale, much of the soccer world is looking forward to the June games. But for female soccer players in South Africa the big month is October, when their country hosts the African Women’s Championship.

But these days when she goes home to Hillcrest, in the South African coastal province of KwaZulu-Natal, she’s a well-known face.

While the country and world rev up for the men’s World Cup in June, which South Africa will be hosting, Ngwane and her teammates are focused on October, when South Africa will host the biennial Confederation of African Football Women’s Championship.

Banyana Banyana has advanced its International Football Association ranking to 56th place, as of the beginning of 2010, from 73rd in 2007, due in a large part to new corporate sponsors.

The team was established in 1993, one year before South Africa’s first democratic elections. For the first 10 years or so, however, Banyana was largely overshadowed by the men’s team in a country that seemed at best ambivalent towards female soccer players and at worst outright hostile.

Efforts to start competitive women’s leagues came and went, but in 2009 regional and provincial leagues were officially launched with the help of major sponsorships from the South African bank Absa and the energy corporation Sasol. The size of the donations has not been publicized and neither company responded to requests seeking details on the financing.

Few players earn a salary from their clubs, but the sponsorships help cover funding for basic expenses such as transportation and equipment. More girls can now participate in showcase games and training for the national teams.

"Girls can now look like girls and play in their own leagues without having to imitate boys so they could play in the boy’s teams, as happened before," says Hilton-Smith, a long-time instructor for the Confederation of African Football.

Many members of the Women’s Football Academy at the University of Pretoria (‘Tuks’), founded by Hilton-Smith in 2003, make up the under-17 and the under-20 national teams, and several graduates have gone on to play with Banyana. At the Academy, female teens selected by the South African Football Association live and breathe football at the TuksSport High School, receiving attention from world-class sports scientists, psychologists and trainers at the University of Pretoria’s High Performance Center.

The under-17 girls practice almost every weekday at 6 a.m. and then again at 4 p.m., after school. Rachel Sebati, 17, captain of the academy, says the sponsorship was a huge relief for her parents, who wouldn’t have been able to provide her with similar opportunities in her small largely rural province of Limpopo.

The chance to play professional soccer often provides life-changing opportunities for young women in South Africa, which with its population of over 48 million people has one of the highest HIV/AIDS rates in the world and high levels of crime and unemployment.

"At first my family didn’t want me to play because they thought it was a very rough game," said Sebati, who has been at the school for four years. When they saw her skills develop and the opportunities it brought, however, they came around.

"They’re proud of what I’m doing," she said.

Shona Hendricks, a sports scientist at the University of Pretoria’s High Performance Center who works with players at the academy, says that while women’s soccer has made gains, much more is still needed. Players, she says, need more consistent competitive training year round. Psychological training is also essential, she says, as the national teams often falter when playing away games, because of rough crowds, elite overseas teams and aggressive players.

"That’s one of the biggest problems we have in women’s football: Our girls are not psychologically strong enough to play away games," she said. "You have to be tough to be a female soccer player."

Born and raised in Johannesburg, South Africa, Jackie Bischof is currently a part-time editorial research assistant and freelance journalist in New York City. A graduate of Columbia University’s Graduate School of Journalism in New York, she blogs regularly on http://jaxbischof.wordpress.com. 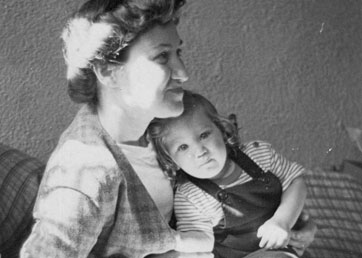