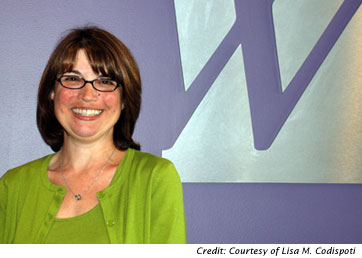 Q: Gender Ratings Kaput? A: Not Quite

Health reform was heralded as a way to stop health insurers from charging women higher premiums. But loopholes still allow “gender rating,” and Lisa M. Codispoti, senior counsel of the National Women’s Law Center, says women’s groups will have to fight them.

(WOMENSNEWS)–Gender ratings in health insurance mean that women pay more for the same coverage than men. Health reform promises to end gender rating but the details and start dates vary depending on the type of policy, size of the employer and state.

In a question-and-answer about loopholes that could allow gender rating to live on, Lisa M. Codispoti, senior counsel of the National Women’s Law Center in Washington, D.C., emphasizes that a federal law obliges any insurer that accepts federal funding to end gender ratings immediately. Sharon Johnson conducted the interview for Women’s eNews.

S.J.: I understand there are still many loopholes that will subject women to backdoor gender discrimination until 2014, when various provisions in the law take effect.

L.C.: Yes, that is why women’s groups are going to have to be very active in making sure that the implementation of these regulations helps them. We can’t assume that the passage of this law means that gender discrimination is behind us…That is why the National Women’s Law Center is now looking at what we can do to close these loopholes by using the anti-discrimination provisions in the law that prohibit recipients of federal funds–including insurance companies–from discriminating in health care. These anti-discrimination measures take effect now.

L.C.: Very common. In 40 states and the District of Columbia insurers are currently allowed to consider gender when setting premium rates in the individual health insurance market. Twelve states have banned the practice in the individual market, although the laws haven’t taken effect yet in California and New Mexico.

Gender Rating in the Group Market

S.J.: What about the group market? That’s where most people get their insurance.

L.C.: Although federal law prohibits employers from charging individual male and female employees different rates for coverage, insurance companies are allowed to consider the proportion of women a business employs when determining the group’s overall premium. As a result, businesses with predominantly female work forces–such as child care centers–can end up paying a lot more for coverage.

Fourteen states have laws that prohibit gender rating for group health plans, although the change hasn’t taken effect yet in New Mexico. However, nearly all of those protections are limited to "small" businesses, up to 50 employees. Montana is the only state that bans gender rating across all insurance markets and for groups of all sizes.

S.J.: Elimination of gender ratings won’t apply to plans offered by employers with more than 100 employees, unless a state allows large employers to enter the insurance exchanges after 2017. Is that correct?

L.C.: The law provides that the new insurance rules–including the ban on gender rating–would apply to large groups only if a state acts to allow larger groups into the exchanges in 2017.

However, there is an additional provision in the law that prohibits recipients of federal funds–including insurance companies–from discrimination in health care on the basis of sex, race, national origin, disability and age. This provision takes effect immediately. It is our position that the anti-discrimination provision would immediately prohibit insurance companies that received federal funds from gender rating in the sale of any health insurance product.

S.J.: What impact will the loophole of failing to completely end the practice of gender rating have for women employed by large companies until 2017?

L.C.: We believe the anti-discrimination provision will close this loophole. However, without the anti-discrimination provision to close the loophole for larger employers–in states that do not allow large employers over 100 employees into the exchange–we know that larger employers with a high proportion of female employees would continue to face higher premiums based simply on the gender composition of their work force.

S.J.: Do you think states will allow large employers to enter the insurance exchanges after 2017? What advantage, if any, will this have for women? For employers? For the states?

L.C.: It is too early to tell whether states would allow larger employers into the exchanges. The benefit for employers is that they will have access to a larger pool with which to band together and hopefully obtain more comprehensive health coverage for more reasonable premiums.

S.J.: Provisions outlawing gender discrimination, setting up exchanges and giving small businesses tax credits to offer coverage to their employees don’t take effect until 2014. In 24 states, one insurance company controls 70 percent of the market, so women won’t have a lot of choice for the next four years.

S.J.: How will this legislation affect the numerous women who work for small businesses? Many owners and managers of small businesses have told me they want to provide insurance but couldn’t afford it.

L.C.: Women are more likely than men to work for small businesses that don’t offer health insurance. This legislation does try to help provide affordable coverage for small employers by setting up the new exchanges where small businesses with up to 100 employees will be able to pool together to shop for coverage.

The legislation also tries to make providing coverage more affordable by giving small businesses tax credits. These tax credits begin in 2010. About $40 billion will be available over the next 10 years to help make coverage affordable.

One response to “Q: Gender Ratings Kaput? A: Not Quite” 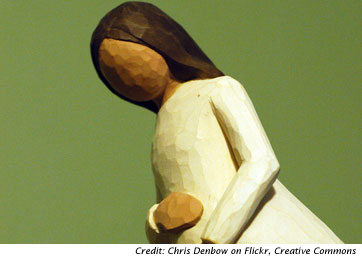